Revisiting the 10% hold could certainly help relations with sportsbooks 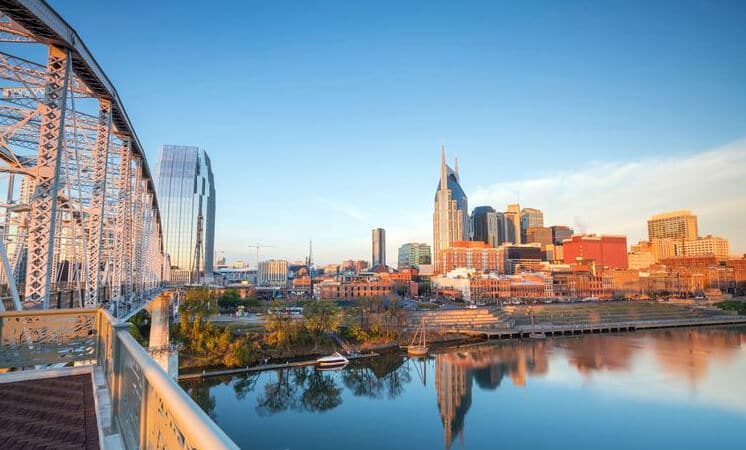 “Have you gotten any loud complaints from operators that we’re operating too slow?” Keeney said.

After a brief pause, Keeney backtracked.

“Maybe I’ll ask that question in July,” he said.

Thomas and the SWAC took over as Tennessee’s sports betting regulator on Jan. 1. While the group acknowledged a need for improved efficiency at its early January meeting, it’s still new in its role, making it hard to fully gauge the relationship between the SWAC and operators.

“Ask me that in July,” Thomas agreed. “I think, at least since I’ve started, operators have been pleased, from my perspective, with the communication and how they’ve received quick responses to their questions. I have not discussed any history with them.”

One operator pleased with transition

TN Bets reached out to a few sportsbook operators active in Tennessee to get their take on the early stages of working with Thomas and the SWAC. National operators like DraftKings and WynnBET declined comment, while a FanDuel representative said it doesn’t have comment yet, given how little time the SWAC has spent as the regulator.

Tennessee Action 24/7 Founder Tina Hodges spoke briefly with TN Bets about her experience. Action 24/7 isn’t necessarily a brand-name operator, at least outside of Tennessee, where Hodges and her cohorts have worked closely with the SWAC during the regulatory transition.

“We’ve had really good communication with them,” said Hodges, who’s dealt directly with Thomas, as well as with Roger Guillemette, the SWAC’s deputy director of gaming, licensure, and compliance. “They’re very responsive, and anything we need, they’ve gotten right back to us. It sounds like all flowers and roses over here, but it kind of is.”

Next steps for the SWAC

For national operators aiming to enter the Tennessee sports betting market, the SWAC’s speed in reviewing and approving licenses will likely be of the utmost importance. Understandably, operators want to enter markets quickly, maximizing their ability to secure market share and generate revenue. And for operators awaiting approval, entering the Tennessee market before the Super Bowl or March Madness would be beneficial, for obvious reasons.

December #SportsBetting numbers for #Tennessee via SWAC (all numbers provided were rounded):

Among operators currently live in the state, like BetMGM, Caesars, DraftKings, and FanDuel, other factors may dictate their long-term relationship with the SWAC. This includes the state’s controversial 10% hold rule, which stipulates that operators must “win” at least 10% from bettors as their gross revenue “hold” or they could face a penalty. The national average for hold is about 7%.

The SWAC approved emergency rules in December, keeping the 10% hold – which was originally created by the Tennessee Education Lottery – in place for the time being. From the time the emergency rules were approved, the SWAC had 90 days to create and approve a more permanent set of rules. There’s a possibility that the SWAC, which will next meet in February, could revisit the hold during the permanent rule-making process, although that change seems unlikely in the short term.