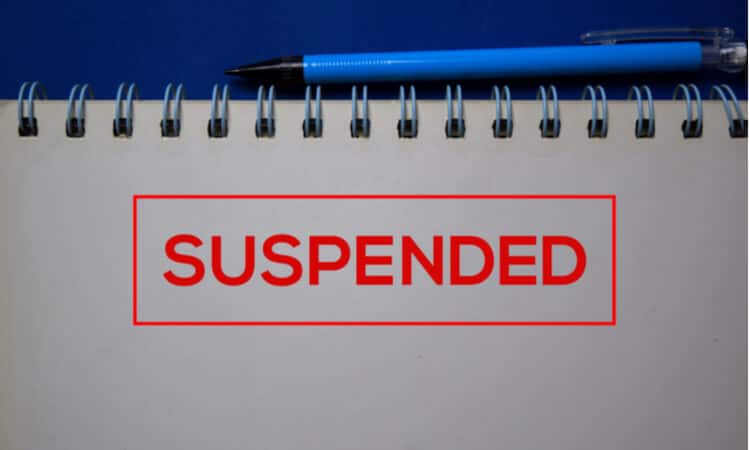 Regulators with the Tennessee Education Lottery (TEL) held an emergency meeting on Friday to address the Thursday suspension of TN Action247’s authorization to conduct online sports betting in the state. Action247 is a local sports betting operator without operations in any other state.

Regulators said the sportsbook, powered by a tech firm called Amelco, hasn’t followed the mandated Minimum Internal Control Standards (MICS) to prevent fraudulent wagering activity on its website. According to the TEL, there’s been “aggravated identity theft” on the platform, leaving an untold number of Tennesseans victims of fraud and identity theft. The investigation is still ongoing.

A TEL investigator said that the fraud is to the tune of potentially hundreds of thousands of dollars.

Regulators upheld the suspension citing concerns for the public.

Despite this, TN Action247 was defiant in a statement on Friday.

Additionally, regulators said last week that the sportsbook allegedly failed to prevent dozens of out-of-state sports bets on the most recent Super Bowl. Those kind of bets would be in violation of state law — the 2019 Sports Gaming Act — as well as, according to the TEL, the Federal Wire Act. An investigation into those alleged out-of-state wagers is also ongoing.

Is Action247 coming back online?

It would appear that the book will eventually come back online. It was the first regulated sportsbook in the U.S. so far to see its license suspended. The suspension came at the beginning of the NCAA March Madness tournament, one of the most lucrative times of the year for sportsbooks.

The TEL seemed to indicate it would work with the sportsbook to have it be able to resume operations as soon as possible, but there is no guarantee. It appears possible that the sportsbook will be shut down for good, which would also be a U.S. first since 2018.

Action247 has less than 1% market share in the state, trailing far behind the likes of DraftKings, FanDuel, and BetMGM. William Hill and Churchill Downs have launched their respective products in recent days.

During November, December, and January, Action247 handled about $2.25 million in wagers.

Action247 has also been under fire for alleged synergies between an affiliated payday loan business and the sportsbook, causing some policymakers in Nashville to look at changing state law to ban some of Action247’s alleged business practices. Problem gambling advocates have called Action247’s business practices shocking and appalling. Regulators have basically said their hands are tied on this issue.

The tweet probably wouldn’t amount to a violation of the rule against “directly advertising or promoting” sports betting to minors, but any reasonable interpretation would be that it’s questionable.

BetMGM has also accused Action247 of trademark infringement in the state.