BetMGM claims Tennessee Action 24/7 has infringed on its 'mark' but using the phrase 'The Real King of Sportsbooks' in advertising. Tennessee’s local upstart sports betting platform has found itself in a lock-up with a national operator after Memphis-based pro wrestler Jerry Lawler posted two tweets of himself dressed as a king with the text “The Real King of Sportsbooks” and a Tennessee Action 24/7 logo.

According to the Tennessee Star, attorney Lindsey A. Williams on behalf of BetMGM sent a cease and desist letter to Tennessee Action 24/7, claiming that BetMGM “owns extensive rights in the trademark THE KING OF SPORTSBOOKS (the ‘BetMGM Mark’) in connection with sports betting services and mobile gaming applications.”

“The King of Sportsbooks campaign is the next step in the evolution of the BetMGM brand and Jamie brings a unique ability to tell our story in an incredibly creative and entertaining way,” the sportsbook’s chief marketing officer, Matt Prevost, said at the time.

‘The Real King of Sportsbooks’

As of noon CST on Monday, both tweets were still up on Lawler’s account.

There's only one KING of sportsbooks in Tennessee @TNAction247! Use code KING100 when you make your first deposit, and my friends at Action will match it up to $100. https://t.co/uhg0bPdS3v pic.twitter.com/FTYreUgAei

Tennessee Action 24/7 is an independent sportsbook, currently operational in Tennessee only, looking to make inroads in the state through its local roots. The company is owned by Tina Hodges, who also owns a payday loan company in Tennessee. The sportsbook went live Nov. 1 alongside national players BetMGM, DraftKings, and FanDuel. The four are currently the only live sports betting platforms in Tennessee.

“Jerry ‘the King’ Lawler loves to support locally owned and operated businesses like Action 24/7,” Hodges e-mailed TN Bets on Monday. “We met Jerry when we sponsored his 50th Anniversary Celebration in Jackson, Tenn. in September. Wrestling fans are sports fans. We knew working with Jerry would be a great way to reach TN sports fans.
“We think the parody twitter post was good clean fun. Everyone in Tennessee knows that Jerry is the King, not Jamie Foxx.”

Hodges appears perplexed at the reaction from BetMGM.

“We were surprised that MGM took such offense to a parody which was obviously not intentional infringement,” she said. “Who knew such a big outfit would be so sensitive?”

But Action 24/7 nevertheless has poked the lion, which apparently is not finding the humor in Lawler’s promotion and Action 24/7’s claim to the throne.

“Action 24/7 is advertising its sports betting platform using a nearly identical variation of the BetMGM mark featured with imitating font, spacing, and coloring, and an overall substantially similar appearance,” Williams wrote in the letter outlining the basis for its objections.

Lawler, a prolific poster on Twitter, is still signed with WWE as a commentator and brands himself as Jerry “The King” Lawler. A member of the WWE Hall of Fame, Lawler is a four-time world champion, though none as a WWE member.

It appears that new spokesperson Lawler has an affiliate relationship with Action 24/7, as his tweets direct patrons to use a particular code when signing up for Tennessee Action 24/7 to receive a matching deposit. 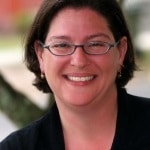