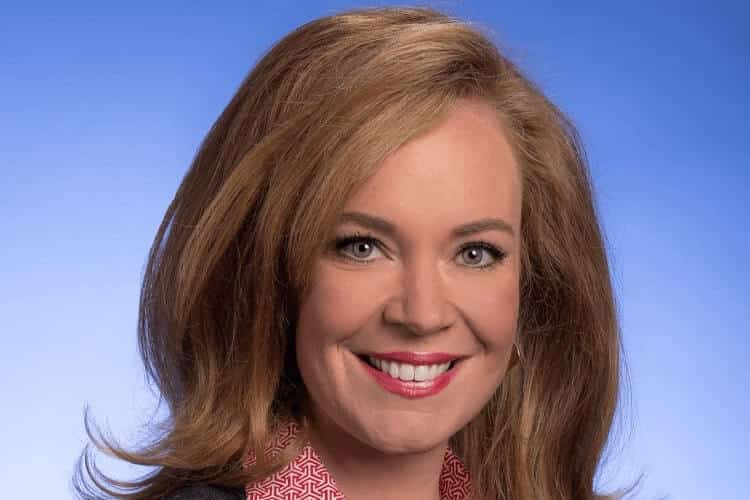 When Mary Beth Thomas learned over the summer that the Tennessee Sports Wagering Advisory Council needed an executive director, she immediately knew she wanted to apply.

“I thought, ‘Gosh, this is just an opportunity that I feel like was tailor made for me,’” Thomas said.

After multiple steps in a detailed application process spanning months, Thomas in mid-October won the job she coveted. She started her new full-time role Monday, moving into the position after spending eight years as general counsel in the Secretary of State’s Office.

Thomas began her new job one year to the day from when Tennessee launched operators for legal mobile sports betting. Four operators — BetMGM, DraftKings, FanDuel, and Tennessee Action 24/7 — all launched on Nov. 1, 2020. Four other operators, Caesars, WynnBET, Barstool Sportsbook, and TwinSpires, have since launched in the state. Tennessee was the first state to legalize mobile-only wagering.

Through August, operators had a handle of $1.7 billion. Tennessee has collected $29 million in tax revenue, with 80% of that money going toward an education account that primarily funds postsecondary scholarships. Of the other 20%, 15% goes to local government needs and the final 5% goes to gambling addiction treatment programs.

Thomas’ executive director position is newly created. The role was created this summer after Tennessee legislators moved regulatory duties from the Tennessee Education Lottery Corporation to the SWAC. Thomas walks into the job in time to review public comments on its new set of proposed wagering regulations. The public comment period closed last month.

“I believe that the lottery and sports wagering are two different areas,” Rep. John Gillespie said in May. “I believe it’s best that they focus on their respective topics.”

The lottery will serve solely in an advisory role starting on Jan. 1, 2022, when the SWAC officially takes over regulatory duties. Thomas will oversee the changeover and the SWAC as it moves forward.

“I’ve been at my job for so long, and it’s an amazing job, so it’s hard to think about leaving, and I wouldn’t leave except for such a perfect opportunity,” Thomas said.

A background with sports betting ties

During her eight years working with Tennessee Secretary of State Tre Hargett, Thomas was tasked with overseeing the regulation of daily fantasy sports and charity gaming. She was given ownership of that area in 2016, after the Tennessee legislature passed the Fantasy Sports Act.

“He gave me the opportunity to really build it from the ground up,” Thomas said, “working with the Attorney General’s Office to draft the rules and then working with all the operators in the industry.”

In addition to working with DraftKings and FanDuel, Thomas also worked with some of the technology companies that currently work with sports betting operators in Tennessee. She has prior working relationships with GeoComply, IDology, Gaming Laboratories International, and BMM Testlabs.

Thomas handled fantasy sports regulatory duties for about 18 months until it became a large enough entity that it was passed to an entire division within the Secretary of State’s Office. She loved the responsibilities during those 18 months.

“I was sad when it got to be such a big job that we had to sort of pass it off to another division,” Thomas said.

She said that while fantasy sports and sports wagering “aren’t one in the same by any means,” there are similarities in how both are regulated. Thomas said daily fantasy sports was — as in many states — a precursor to sports betting in Tennessee, and she feels her previous experience translates into her new position.

The Sports Wagering Advisory Council recently took over sports betting regulatory duties from the Tennessee Education Lottery, and the group held its first meeting Tuesday. @brianpempus on the council and the legislation that led to the change: https://t.co/ei9wrGFnHX pic.twitter.com/80jAo0xmxC

In addition to knowing many of the key players in the industry, Thomas has extensive experience working with the Tennessee General Assembly from her general counsel role.

Those qualifications helped her stand out from a pack of about 50 applicants from across the country. She participated in a public-hearing interview with two other candidates on Oct. 14 before the council unanimously made her the chief.

“Mary Beth and I met as students at the University of Tennessee 25 years ago,” Will Carver, an advisory council member, chair of the lottery’s board of directors, and partner and litigation attorney at Kramer Rayson LLP, said via email. “Mary Beth is a wonderful friend and professional, and she is an ideal executive director given her diverse background in both private practice and public service. The Sports Wagering Advisory Council selected a wonderful leader, and I look forward to seeing her stewardship of this industry in Tennessee.”

Not only is Thomas experienced in the world of fantasy sports and sports gaming regulation, but she’s also fiercely loyal to her home state.

Thomas grew up in Tennessee before attending the University of Tennessee for both her undergraduate finance degree in 2000 and law school degree in 2003. The die-hard Volunteers fan even reminisced a bit about the college football program’s success in the late 1990s and early 2000s, including the 1998 national championship.

The Vols haven’t had nearly the same success since, but she’s still pulling for the program.

After college, Thomas worked in Nashville at the law firm of Waller, Lansden, Dortsch, and Davis for seven years before joining the Secretary of State’s Office. Tennessee is a major part of Thomas’ life, and she expects to keep it that way.

Her new job in Tennessee will certainly keep her busy. She’s tasked with getting a new state agency up and running in the next two months.

“I can’t wait to get started,” Thomas said.