Scorching Start Has Morant In Running For More Than Most Improved 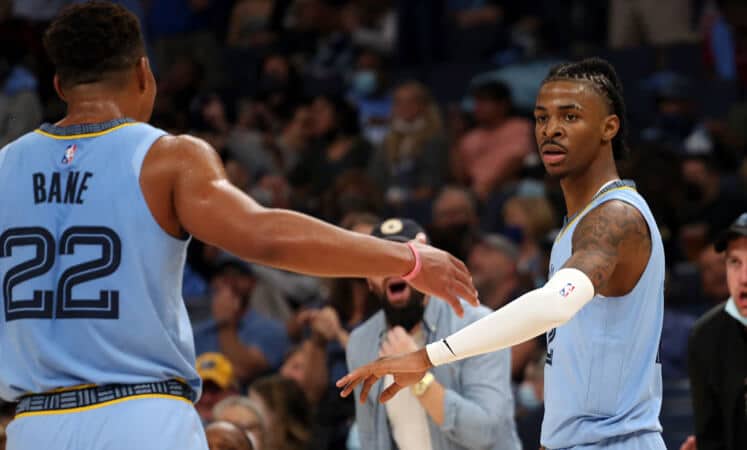 Six games into the season, the Memphis Grizzlies’ record stands at 3-3, which is about where they were expected to be in an ultra-competitive Western Conference.

More encouragingly, the team’s best player, point guard Ja Morant, has made a tremendous leap in his third year in the league, with his 28.7 points per game (as of Monday afternoon) trailing only Steph Curry for the NBA lead. Morant, whose previous career high was 19.1 ppg, was expected to be better this year. To wit, heading into the season, he was among the favorites to win the league’s Most Improved Player award at odds of 14/1 at FanDuel.

But Morant has been so sensational in the early going that he’s emerged as a dark horse to win an even more prestigious end-of-season honor: MVP.

By and large, Tennessee’s mobile sportsbooks have halved Morant’s MVP odds since the season began two weeks ago. As of Monday, he was 25/1 to win at BetMGM after opening at 50/1, while, similarly, his odds had gone from 40/1 to 20/1 at the SuperBook.

As of Monday afternoon, Morant was averaging career highs — by rather large margins, for the most part — in points, assists, rebounds, steals, field goal percentage, free throw percentage, and minutes per game. Bettors looking for a high-value MVP play have taken notice, leading some books to severely limit his wagering levels.

Buddy of mine tried to bet a nickel on Ja Morant MVP at 35/1 to win $17,500. Bet was declined and they said he could bet seven dollars.

Mass improvement and an ROTY mover

The Grizzlies were set to host the 4-2 Nuggets on Monday night. Denver forward Michael Porter Jr. was the favorite to win Most Improved Player before the season began, but a miserable start has pushed his odds all the way down to 35/1 at BetMGM, which now has Morant installed as the favorite to win MIP at +350.

The Grizzlies have more players with MIP odds than just about any other team, with Jaren Jackson Jr., Dillon Brooks, Brandon Clarke, and Kyle Anderson all on the board. Amazingly, however, they should probably have more. With Brooks sidelined with a broken left hand, swingman Desmond Bane and combo guard De’Anthony Melton have made tremendous strides after being thrust into the starting lineup, with both seeing far more playing time than either Clarke or Anderson.

As Memphis’ second-leading scorer with 18.8 ppg, Bane has doubled his rookie-year average while playing just seven more minutes per game. And despite standing only 6’2”, Melton is averaging five rebounds per game to go with two steals and nearly 14 points (third-best on the team) — all career highs. Brooks’ return could eat into both players’ minutes, but until then, the 23-year-olds should continue posting fat and happy numbers.

Later this month, the Grizzlies will play their only two games of the season against the Toronto Raptors, which are in the midst of a youth movement headlined by rookie forward Scottie Barnes. Toronto’s decision to select Barnes ahead of former Gonzaga star Jalen Suggs (now with the Orlando Magic) turned a lot of heads on draft day, and the Florida State product has kept them right on spinning with his do-everything repertoire.

After opening with Rookie of the Year odds at anywhere from 8/1 (BetMGM) to 16/1 (SuperBook), Barnes was favored to win the award on WynnBET (+300) heading into Monday night’s action, while BetMGM had him as their co-favorite (+340) along with the Houston Rockets’ Jalen Green.