You can bet on Tennessee-UConn Sunday, but not much else 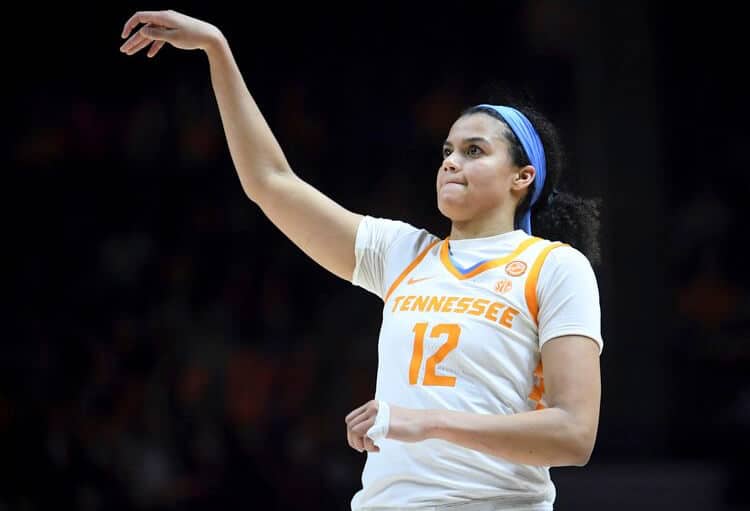 Tennessee’s women’s basketball team hits the road Sunday, traveling to Connecticut to face the Huskies in a battle between a pair of historically great basketball programs. Watching the matchup between the two top-10 teams is easy, as the game will air nationally on FOX.

Fox will broadcast a women’s college basketball game in 4K this Sunday at noon ET: UConn vs. Tennessee.

Sunday’s game might be an exception, as DraftKings is among the sportsbooks expected to offer a line for the matchup between UConn and the Lady Volunteers. It’s worth noting that many sportsbooks do offer futures odds for women’s basketball teams to win the national title, although some operators rarely update those odds.

A low handle is often cited as a reason for not offering regular season women’s college basketball spreads.

“Betting has increased over the years on pretty much everything, and women’s basketball is no exception, especially when we get to the NCAA Tournament,” Adam Pullen, Caesars Sportsbook’s assistant director of trading, told US Bets last month. “As far as handle, it unfortunately hasn’t drawn close enough to even compare to the men’s game.”

If casual bettors – who often lose at higher rates than sharp bettors – aren’t placing a high volume of wagers on a sport, it increases a sportsbook operator’s chances of losing money due to a potentially high ratio of sharp bets. A lack of advanced data surrounding women’s college basketball also makes it harder for sportsbooks to set accurate lines for women’s contests.

Why do many large books not supply WBB odds? Have looked many times before for odds and not been able to find any

From an integrity standpoint, a hefty bet in New Jersey on a mid-major women’s college basketball game in January prompted questions about whether sportsbooks should even accept bets on low-profile games.

Still, some markets have an obvious appetite for women’s college basketball bets. It’s hard to argue that Tennessee bettors would be more interested in betting on basketball in Iceland instead of Tennessee-UConn. Offering a line for a heavyweight battle such as that isn’t the same as booking action for a midweek matchup between two mid-majors.

“We offer wagers that interest Tennesseans, and that includes the Lady Vols, of course,” Tennessee Action 24/7 President Tina Hodges told TN Bets via email. “We’re hosting the SEC Women’s Tournament next month right here in Nashville just minutes from our offices. We had lines on the SEC Men’s Baseball Tournament last year when no one else did. We partner with local MMA and boxing organizations to offer wagering on their in-state events.”

For Hodges and Action 24/7, there’s an internal emphasis on appealing to Tennessee bettors. To that end, offering betting odds on Tennessee women’s basketball and the baseball team were no-brainers for the local mobile operator.

Will bets on women become mainstream?

Most sportsbooks will offer women’s basketball lines during the NCAA Tournament in March, and while the handle might pale in comparison to the men’s tournament, interest is growing in women’s college sports. Over 4 million people tuned into ESPN to watch the 2021 national championship game between Arizona and Stanford, the highest viewership total since 2014. Even college softball has taken off in recent seasons, outperforming the men’s College World Series in average 2021 viewership.

“If you grow the game organically, I think you’ll also grow the betting market organically,” Collin Sherwin, college sports editor at DK Nation, told TN Bets in a phone interview. “I think they sort of go hand in hand. I’ve seen so much growth in the women’s game in the last 10 years that I’d like to see the books do a little bit more.”

Sherwin said fans and bettors aren’t clamoring for every women’s college basketball matchup to be listed by national sportsbooks, but it’d be a nice step forward to see power conference matchups listed regularly. Some sportsbooks might offer Tennessee-UConn on Sunday, but not all operators offered a line for Tennessee’s game against Florida on Thursday.