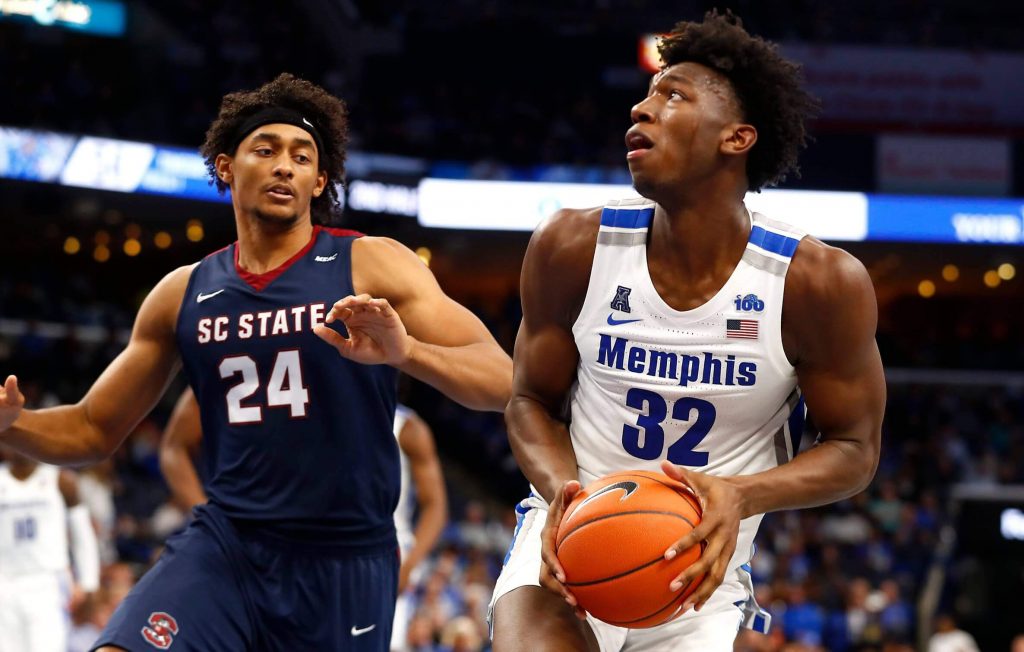 On Thursday, University of Memphis star center James Wiseman announced, via his Instagram account, that he was withdrawing from his freshman year at the university to prepare for the 2020 NBA draft.

“Today I formally withdraw from the University of Memphis and I will be preparing for the next chapter of my life. Ever since I was a little kid, it’s been a dream of mine to play in the NBA,” Wiseman said on his post. “This is not how I expected my freshman season to be, but I’m thankful for everyone who has supported my family and me throughout this process.”

Wiseman, a five-star collegiate recruit with multiple national high school player of the year awards on his resume, was widely considered one of the top recruits of the 2019 class and turned the Memphis Tigers into a top 5 favorite to take down the 2020 NCAA Championship.

However, at the time of Wiseman’s announcement, the freshman had already been facing a suspension.

In November, the NCAA suspended Wiseman 11 games in after it came to light that his mother accepted $11,500 from Penny Hardaway, the current Memphis Tigers head coach and former NBA superstar, back in 2017. The money was to be used to help Wiseman’s family move from Nashville to the city of Memphis.

Due to a million dollar donation to the University of Memphis by Hardaway back in 2008, Hardaway was considered a booster. Memphis argued that Wiseman has no knowledge of his mother’s acceptance of the money and filed an appeal. The NCAA upheld their initial suspension and also ruled that Wiseman’s family needed to donate $11,500 to charity.

“I want to think the coaches and staff for all their support and my teammates for pushing me everyday at practice. I feel blessed for the opportunity to be a Tiger and for having the honor to play with these special group of guys,” Wiseman wrote. “I can’t wait to see what they accomplish this season. The friends and fans of Tiger Nation will always hold a place in my heart.”

As for exactly what the Memphis Tigers will be able actually accomplish without the 7’1” future first-round draft pick, the sportsbooks are not so optimistic. In early November, at the start of the season, one could find Memphis at +1000 to win the NCAA National Championship. As recently as the last week in November, they were still a top-5 team at +1400 in some spots with the thought that Wiseman would make his return to the lineup as soon as Jan. 12.

In the hours since Wiseman’s Instagram post, Memphis’ futures have plummeted with FanDuel offering them at +3500 at the time of this writing and DraftKings now showing them at +5000.

Wiseman was already the favorite to go No. 1 overall in the 2020 NBA Draft. He is currently being offered at -152 on DraftKings, ahead of Anthony Edwards (+200), Cole Anthony (+250), and LaMelo Ball (+350). Wiseman’s decision is no doubt a huge blow to the team as well as to ‘Tiger Nation’. In 2019, the Memphis Tigers failed to qualify for the NCAA tournament but with Wiseman on the court, they were among the favorites to win it. Wiseman only appeared in three games for the Tigers.

Jeff Walsh has been a member of the poker media for over seven years and currently serves as the Senior Writer for the leading online poker website PocketFives.com. He is also a contributor to the Sports Handle/US Bets network of sites.

Jeff Walsh has been a member of the poker media for over seven years and currently serves as the Senior Writer for the leading online poker website PocketFives.com. He is also a contributor to the Sports Handle/US Bets network of sites.