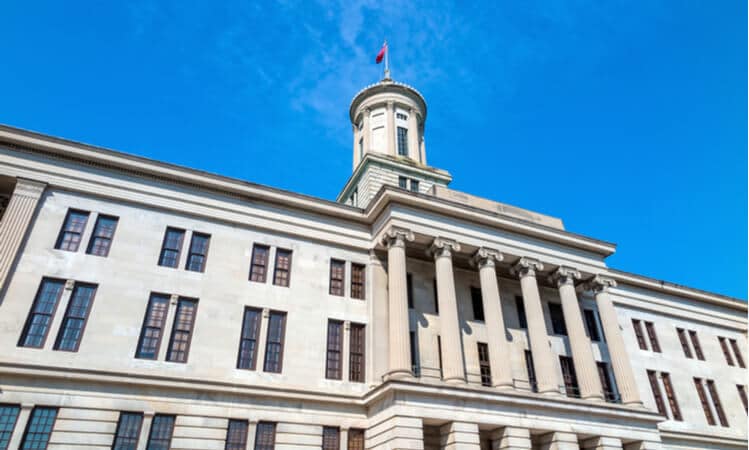 The proposed Tennessee Horse Racing Control Act of 2021 was voted down Tuesday in a legislative committee during the very early stages of the policy-making process.

The legislation, House Bill No. 1496, received more oral “nay” votes than “aye” votes after brief public discussion with the House’s Departments & Agencies Subcommittee in Nashville. The bill looked to follow in the wake of online/mobile sports betting legislation that was enacted in 2019 and just implemented in late 2020, under the regulation of the Tennessee Lottery.

A companion measure, Senate Bill No. 1159, currently sits with the Senate’s Government Operations Committee. The failure to clear the House committee indicates that the Senate companion is also virtually dead for this year’s legislative session. Horse racing proponents will have to wait until next year.

Both bills were filed in February.

Like sports betting, horse racing is considered possible to legalize and implement without amending the state constitution. In other words, a referendum wouldn’t need to be held to let voters weigh in on the issue. The legislature and governor could authorize it.

Parimutuel wagering was a long shot

In 2019, Gov. Bill Lee said he was opposed to additional gambling expansion in the state beyond sports betting. He let the 2019 Sports Gaming Act become law without his signature, indicating he didn’t support the bill but wouldn’t block the will of voters carried out through their elected representatives. Based on those comments, Lee could have likely vetoed a parimutuel wagering proposal in 2021.

The sports gaming law didn’t require the creation of a new regulatory commission to oversee the gambling, which is believed to have helped secure a non-veto from Lee. The legislation that failed to advance Tuesday would have created a Tennessee Horse Racing Commission.

The Volunteer State once had such a commission, but a horse racing industry for the state failed to materialize in the 1990s. Way back in 1905, the legislature banned gambling on horses.

The proposal for parimutuel wagering might have allowed gambling on races statewide via mobile devices, as long as a horse race in Tennessee could be considered a sporting event, state Rep. Joe Towns, the sponsor of the House bill, said Tuesday in front of his colleagues.

At minimum, on-site betting would have been allowed. In contrast, sports wagering is only done via the internet in Tennessee, with no retail options or services for sports bettors. The horse racing proposal would not have changed the illegality of retail sports betting.

How the Tennessee Horse Racing Control Act of 2021 would have ultimately squared with the 2019 Sports Gaming Act isn’t entirely clear, and would have been hashed out as the bill advanced through the legislature. However, based on testimony, wagered horse racing in Tennessee would be aimed at riding the coattails of sports betting, which generated more than $520 million in handle during its first three months.

Under the proposal, a licensed racing/gambling association would have had to pay an admission tax of 15 cents per ticket entering the race grounds, a 1.5% tax on the first $600,000 of the daily parimutuel handle, and 2.5 % on any amount of handle above that threshold.

It’s possible that eventually the success of regulated sports betting in the Volunteer State could be leveraged to further expand gambling, but that time isn’t here yet.

The Tennessee Horse Racing Control Act of 2021 was filed at a time when there are several proposals to make relatively minor changes to the Sports Gaming Act, indicating that legislators probably have a higher priority on fine-tuning the statutory framework for sports betting than expanding gambling again.