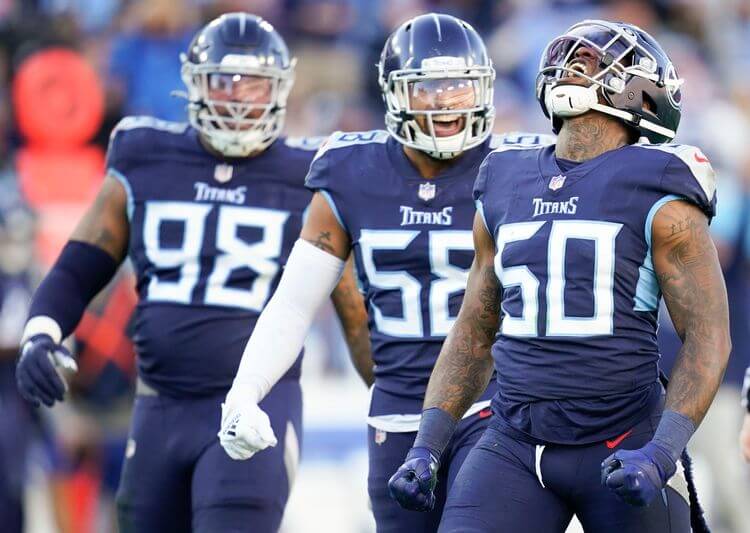 For the fourth consecutive season under head coach Mike Vrabel, the Tennessee Titans (9-4) have at least nine wins. Tennessee blew out Jacksonville last weekend, and a victory Sunday against the Pittsburgh Steelers (6-6-1) would give the Titans their second season with 10 or more wins under Vrabel.

Vrabel’s group is a slight favorite at some Tennessee sportsbooks entering Sunday’s game, which will kick off at noon CT. Other books list the game as a pick ‘em. The line may move slightly ahead of kickoff, and the line is worth monitoring in what’s expected to be a close game. It’s also worth keeping an eye on player availability, especially with COVID-19 cases impacting several teams.

NFL now has had 75 player positives for COVID the past two days, per source.

Caesars, DraftKings, and FanDuel list Tennessee as a 1-point favorite, while BetMGM and TwinSpires have the game as a pick ‘em. As of Friday morning, WynnBET doesn’t have the game’s odds listed.

It’s hard to tell if either team is truly a contender. For the Titans, a playoff berth is likely on the horizon as they control the AFC South, but are they a legitimate Super Bowl threat? Most sportsbooks list Tennessee at around +2000 to win the Super Bowl, often giving the Titans the ninth-longest odds of any team to hoist the Lombardi Trophy.

“The Titans aren’t good at anything, haven’t played an impressive game in nearly two months, and lead a division with little national appeal,” BetMGM writer Andrew Doughty, who co-hosts BetMGM’s The Lion’s Edge podcast, told TN Bets via email. “The Titans are the epitome of a ‘Yeah, but…’ team as we relitigate early-season wins, weigh the impact of Derrick Henry’s absence, and watch the red-hot teams elsewhere.”

To Doughty’s point, the Titans haven’t looked like a Super Bowl contender of late. They had a 2-point win over the Saints and a 20-0 win against the Jaguars. They also lost to the Texans and Patriots by multiple scores in their last four games.

A home win this weekend over Tennessee would bolster the Steelers’ postseason chances, though, especially with the division bunched up and Cleveland dealing with significant COVID-19 issues this week.

1. The AFC North is for the damn taking.

2. The way the #Steelers have played recently, they probably won’t take it.

“With widespread COVID issues, two divisional games remaining (vs. Browns, at Ravens), and current head-to-head tiebreakers over the Ravens and Browns, there’s a path to a second straight AFC North title,” Doughty said.

“Just coming out of this game feeling the way I feel, I feel great,” Jones told the media Sunday. “I didn’t have any setbacks. I didn’t feel it throughout the game or anything like that, so I’m very excited. Moving forward for myself, I feel great. I’m ready to go.”

With Jones back and Henry’s possible return looming, there’s reason for Titans fans to be excited about the future of the offense.

Interestingly, eight consecutive Tennessee games have alternated between the over and under. Last week, the Titans and Jaguars went under the total, scoring just 20 combined points. Three of the last four Pittsburgh games have gone over the total.

Sunday’s total is set at 42.5 on BetMGM, FanDuel, and TwinSpires. Caesars and DraftKings have the total at 43 points.