The Titans have lost two games in a row, but they're facing one of the worst teams in the NFL 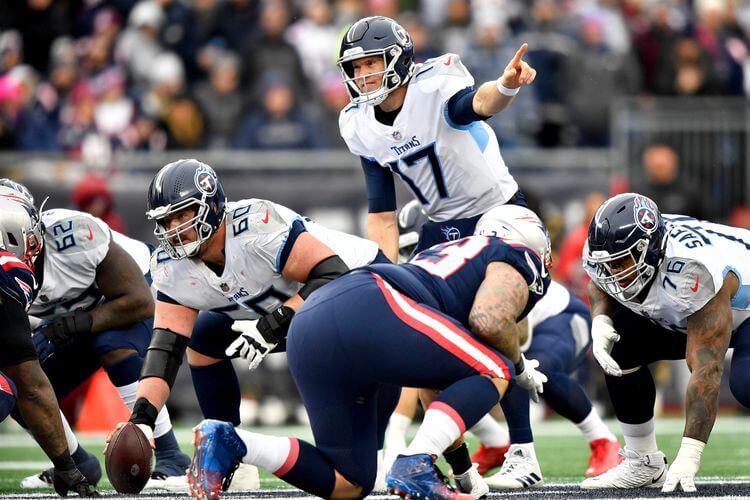 The AFC is wide open entering Week 14, and the Titans are among a group battling for the conference’s top seed.

Tennessee (8-4) trails New England in the conference standings, but the Titans have a winnable game this weekend when they host the Jacksonville Jaguars. Tennessee, which has dropped two games in a row, enjoyed a bye last weekend.

Tennessee enters the weekend as an 8.5-point favorite on BetMGM, Caesars, DraftKings, and FanDuel. TwinSpires lists the Titans as 9-point favorites, and WynnBET favors Tennessee by 9.5.

As the postseason nears, so does the possible return of running back Derrick Henry. ESPN reporter Dianna Russini told a Tennessee radio station Thursday that Henry’s rehab process is going well, and Henry seems poised to return sooner rather than later.

“I think this organization feels that it’s going to be on the early side of it rather than the later”@diannaESPN on the #Titans and Derrick Henry’s timetable on @1045TheZone https://t.co/4Xkobg8WS5

There’s no reason to rush Henry back, though. Four of Tennessee’s final five opponents have losing records, and the Jaguars and Texans are the two worst teams in the AFC.

While the matchup with Jacksonville appears easy on paper, the Titans have a developing habit of turning likely wins into head-scratching defeats. The Titans have impressive wins over the Buffalo Bills, Kansas City Chiefs, and Los Angeles Rams and mind-boggling losses to the New York Jets and Houston Texans.

Sunday, they’ll aim to avoid a third loss against one of the NFL’s worst teams. Tennessee smoked Jacksonville 37-19 the first time these two squads met, and a similar performance would help get the Titans back on track.

Tennessee’s moneyline odds range from -425 to -455. Caesars and DraftKings both have Tennessee at -425, while WynnBET has -430. BetMGM and FanDuel have the Titans at -450. TwinSpires gives a heavier edge to the Titans, listing them at -455 to win the game.

Mistakes, particularly turnovers, cost the Titans in their two most recent losses. Ryan Tannehill tossed four interceptions in a 22-13 loss to the Texans, and the team coughed up the ball four more times on three fumbles and an interception when trounced 36-13 by the Patriots.

If Tannehill and company can avoid such miscues, they shouldn’t have much of an issue getting by the listless Jaguars. Jacksonville isn’t just 2-10, it’s also mostly noncompetitive. Of the 10 defeats suffered by Urban Meyer’s squad, seven of those have come by double digits. Jacksonville needs a lot to go its way to win games.

Trevor Lawrence, the No. 1 overall pick in the 2021 NFL Draft, has struggled in his first NFL season. He’s thrown just one touchdown in his last five games, giving him nine total in 12 games. He’s fired 10 interceptions.

#Jaguars are picking 2nd right now in the 2022 NFL Draft. If the Lions win another one, they'll jump to the No. 1 overall pick (if Jags lose out, too).

That would mean they'll have back-to-back No. 1 selections.

Lawrence is averaging just 5.9 yards per pass attempt, and his QBR is 28th among the NFL’s 32 qualified quarterbacks. Jacksonville’s entire offense has been abysmal, as the Jaguars rank 31st in the NFL in scoring with just 15 points per game.

The Jaguars’ points total is set at 16.5 on DraftKings, while FanDuel has the team total at 17 points. The total for both sides is widely listed at 43.5 points. WynnBET appears to be the lone Tennessee sportsbook with a different total, listing 44 points.

Jacksonville has been an under machine this season, as 10 of the team’s 12 games have gone under the total, including seven consecutive games.