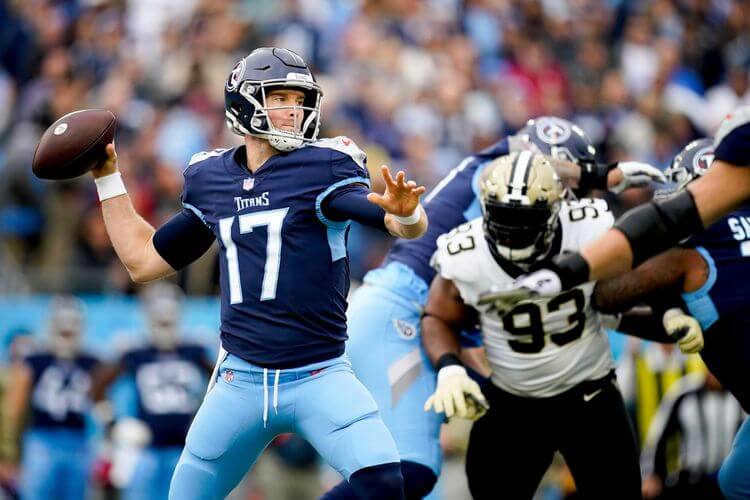 Don’t completely count out the Texans, though.

Houston has yet to win a road game this season, but quarterback Tyrod Taylor did return from injury two weeks ago. He played in a 17-9 loss to Miami before the team was off last weekend. The Texans are one of the worst teams in the NFL, but veteran Taylor is a steadier player than rookie Davis Mills.

“I’m willing to write off the Miami loss because it was Tyrod’s first game back from injury; now, after a bye week that I imagine brought extra recovery and rust removal, I do think we’re going to see a Texans offense that can grind out a few successful possessions and outperform expectations,” Chase Kiddy, a BetMGM writer and host of The Lion’s Edge by BetMGM, told TN Bets via email. “That, if nothing else, is what a Tyrod offense does best.”

BetMGM, Caesars, DraftKings, FanDuel, TwinSpires, and WynnBET list the point total for the matchup at 44.5. Weather could play a factor, as rain and wind are expected Sunday afternoon in Nashville.

The subpar weather could play into Tennessee’s overarching philosophy. The Titans love to run the ball with or without the injured Derrick Henry, as they lead the league with 315 rushing attempts this season. Tennessee plays opportunistic defense, and leans on its running game to pile up victories.

“The thing that’s dangerous about Tennessee is that they’re one of the only teams in the NFL whose roster is in complete harmony with its coaching philosophy,” Kiddy said. “They want to play from ahead, keep the ball away from opponents with a dominant time of possession, and kill people on hard play action.”

Tennessee’s game plan has worked in recent weeks, as it has defeated the Bills, Chiefs, Colts, Rams, and Saints the last five weeks. Even with Henry sidelined, the Titans keep rolling.

"There is optimism that [Derrick Henry] will be back early January. That is perfect timing for this team for playoffs to begin."@diannaESPN fully believes that the Tennessee Titans are the best team in the AFC.

While the Titans have been fantastic against the spread this season, they’ve done most of their damage as an underdog against top-tier competition.

“Most handicappers know that Tennessee has been a good cover team this year at 7-3 ATS, but as a favorite, its record is a much more pedestrian 2-3 ATS,” Kiddy said. “From a handicapping perspective, Tennessee has been at its best this year when playing (and often beating) supposedly better teams as an underdog; they haven’t covered while laying points in more than a month.”

The Cleveland Browns and Tampa Bay Buccaneers join the Titans as double-digit favorites this week. The Browns face the winless Detroit Lions, who looked anemic offensively in last week’s tie at Pittsburgh. Quarterback Jared Goff is banged up for Detroit.

Tom Brady and Tampa Bay fell to the Washington Football Team last weekend. They’re looking to bounce back at home Monday night against Daniel Jones and the New York Giants.

Tennessee, Cleveland, and Tampa Bay figure to be choices for those still alive in their respective survivor pools. Kiddy likes the Texans to cover the 10.5-point spread Sunday afternoon, but he believes there’s value in deploying the Titans in a survivor pool.

“I would think this is the week to play them — not because it’s Tennessee’s biggest remaining lock, since I think I would rather play Tennessee three weeks from now, at home against Jacksonville,” Kiddy said. “But I see this week as a particularly difficult week for survivor contests, with virtually no certain wins (and a ton of really tricky games) outside of that Bucs/Giants game on Monday night. And by Week 11, I’m guessing most survivor players have already cashed in their Brady chips.”