About two years after the Tennessee Sports Gaming Act was filed in the state legislature, mobile books finally hit the web on Sunday.

After many months of delays, Tennessee has cleared the final hurdle to bring legal and regulated sports wagering products to its residents and visitors aged 21 and over.

Shortly after midnight on Sunday, three sportsbooks took their first wagers in the Volunteer State. DraftKings, FanDuel, and BetMGM, top sports betting brands in the nascent U.S. sports wagering space, all took their first wagers in the early morning hours. The launches came ahead of an NFL Sunday when the Tennessee Titans were set to square off against the Cincinnati Bengals. The books hit the ground running.

All three sportsbooks have lucrative deposit bonus offers available for readers of TN Bets, in addition to unique promotions, including odds boosts, for the Titans game. Be sure to check out TN Bets’ bonuses before making your first deposit on the apps.

Those books could launch in the coming months.

TN Action 24/7 is a local company using sports gambling software from Amelco. The book doesn’t plan to launch in additional states, which can be viewed as a contrarian approach to the bookmaking business.

It was a long wait for launch. State Rep. Rick Staples, sponsor of the Sports Gaming Act that became law in mid-2019, initially predicted online/mobile sports betting would be live ahead of the 2020 NFL Super Bowl.

“This Sunday will represent the culmination of an enormous amount of work and due diligence to bring online-only sports wagering to Tennessee, the only state in the nation to do so,” TEL President and CEO Rebecca Paul Hargrove said in a statement. “As the regulator, today also represents the beginning of a new stage as we establish and support a responsible and competitive program here. We will continue to work with all licensees, registrants and applicants to protect the consumer, promote fairness in sports and regulate this new Tennessee industry that provides critical funds to the state and local governments.”

The legislation from Staples was filed in late 2018, so it took almost two years from bill introduction to see a launch. Tennessee was an early state to see sports betting legislation after PASPA was overturned by the U.S. Supreme Court in mid-2018, but the process in the Volunteer State to pass a new law and craft regulations took much longer than it has in some other states.

Extensive lobbying work was done by the sports betting firms to get state policymakers to let them offer online gambling within the state, an activity that Gov. Bill Lee was reluctant to allow.

On this opening day of mobile sports betting in Tennessee, please give a hand to Anna Richardson, @scottward49, and @EricaSechrist for all their work in March/April 2019 moving a bill through a legislative process that required 12 separate committee hearings/votes!

As expected, many bettors took to social media to talk about the long-awaited debut of regulated sports wagering in the state. Tennessee is expected to see multi-billion-dollar annual handle. State lawmakers projected around $250 million in annual gaming revenue, of which Tennessee will collect 20% of adjusted gross receipts. Books will also pay a $750,000 annual licensing fee.

Tennessee officially has sports betting today! Just submitted my first bet. Here is to hoping for a nice payday pic.twitter.com/1ioSeuINcG

Thinking about how when I wake up sports betting will finally be legal in Tennessee pic.twitter.com/bEUVuAKFD0

When Tennessee and Indiana both have legalized sports betting and you live between them pic.twitter.com/OP7fZn567e 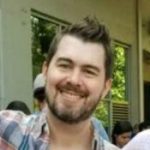 Bill has over a decade of experience working in diverse aspects of the online gambling space. He is currently focused on legal, US online gaming, which he has reported on since the industry first became regulated in the country.

Bill has over a decade of experience working in diverse aspects of the online gambling space. He is currently focused on legal, US online gaming, which he has reported on since the industry first became regulated in the country.