NC Would Regulate Mobile Sportsbooks Like TN, But With Smaller Fees 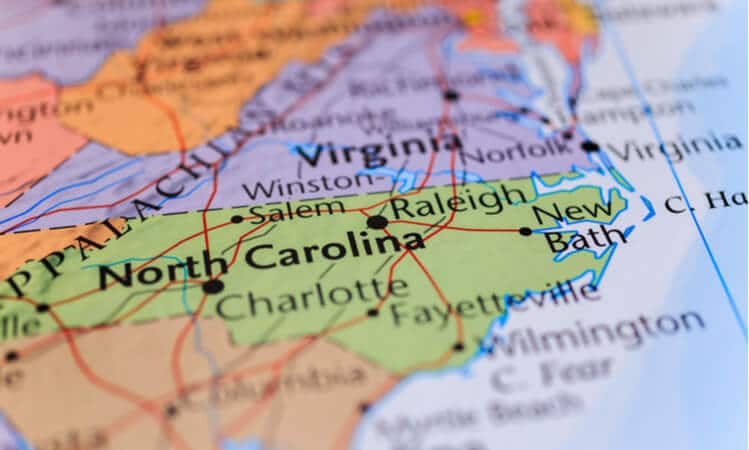 Tennessee might soon miss out on a little bit of sports betting revenue from neighboring North Carolina.

North Carolina lawmakers have filed a sports betting bill for consideration just weeks after two tribal casinos on the western side of the state opened retail sportsbooks.

While New York bettors travel into New Jersey to bet, and bet often, that same dynamic is not as strong elsewhere, so North Carolina having online/mobile betting is not as big a deal for the Tennessee market, which saw $700 million in handle over the first four months of wagering. Tennessee’s industry launched on Nov. 1, and the books have won more than $60.3 million off of bettors.

Under Senate Bill No. 866, the North Carolina Lottery would oversee the activity. It would issue 10-12 online licenses, and the Eastern Band of Cherokee Indians would be eligible for a license. The tribe’s casinos are operated by Caesars, and its sports betting comes from William Hill.

North Carolina passed legislation in 2019 to allow the tribal sportsbooks, though it took a long time for them to open, much to the dismay of the tribe. They opened just in time for March Madness.

SB 866 would also allow the state’s professional sports franchises to have retail betting on-site. Tennessee, home to no casinos or racetracks, does not allow any kind of retail sports wagering.

Other key differences between NC and TN

The North Carolina bill would set the tax rate on adjusted revenue at 8%, which would be one of the lowest in the nation, and substantially lower compared to the 20% in Tennessee.

The Tar Heel State market would be more attractive from an operator point of view should the tax rate and fee structure remain unchanged.

Both states do not have commercial casinos, so mobile sportsbooks could operate in North Carolina without being tethered to a retail facility. That is the ideal set-up for a mobile operator given those arrangements are expensive.

A state fiscal analysis of the proposal which would estimate tax receipts from operator revenue on an annual basis is not yet available.

If enacted, the bill would become effective Oct. 1. The North Carolina Lottery could push forward “temporary” sports betting regulations for sportsbooks to launch this fall if SB 866 becomes law.