Nashville Musicians Break Down Titans’ Chances Against The Seahawks 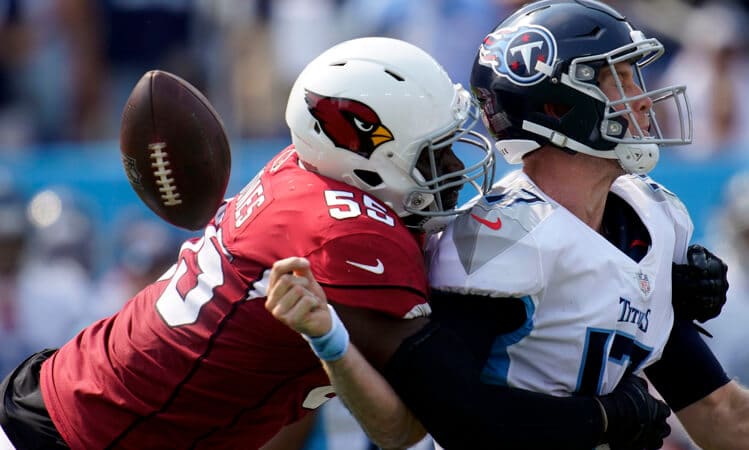 Among the more surprising results in Week 1 of the NFL regular season were the Packers getting drubbed on what was essentially a neutral field by the New Orleans Saints and the Titans getting curb-stomped at home by Chandler Jones and the Arizona Cardinals.

Will Kimbrough was pleased with one of these results. The highly regarded singer-songwriter, who was born in Alabama but now calls Nashville home, grew up a Saints fan but has “been a Titans fan since I moved to town,” he told TN Bets.

Not that he’s switched allegiances. Rather, he simply splits his between the two teams.

The Titans were 3-point favorites heading into the Arizona game, but you wouldn’t have known it by what transpired on the field. Jones made Ryan Tannehill look like he was back in Miami, while Derrick Henry, fresh off a 2,000-yard season, gained a meager 8 yards on his first nine carries en route to finishing with a very pedestrian 58 rushing yards.

Things won’t get any easier this Sunday when the Titans travel to Seattle’s legendarily loud Lumen Field to face another NFC West squad in the Seahawks, who coasted by the Colts in Indy last weekend. Seattle’s defense — especially a revamped front four — looked stronger than expected against Carson Wentz & Co. Then again, plenty of defenses have looked stronger than expected against Carson Wentz in recent years, so a larger sample size is probably required.

When the Hawks are healthy, about their only offensive soft spot is their O-line. But Russell Wilson is among the league’s more elusive quarterbacks when he doesn’t hold onto the ball too long, and the team’s new offense is designed to cure him of that ill.

Defensively, the Seahawks’ corps of cornerbacks leaves a lot to be desired. It sounds strange to say it, but the Titans should hope sack-master safety Jamal Adams gets the blitz bug on Sunday, leaving Julio Jones and his cohorts with more single-coverage opportunities if Tannehill’s able to remain upright in the pocket. As last week proved, however, that might be a tall order.

As of Thursday afternoon, the Seahawks were listed as anywhere from 5.5- (BetMGM, FanDuel) to 6-point favorites (WynnBET, Caesars, DraftKings) against the Titans, which offers pretty fair value to sports bettors on either side of that wager. Despite being one of the NFL’s winningest franchises during Wilson’s long tenure, Seattle has a tendency to tease teams and keep things close before pulling away in the fourth quarter, making a repeat of Week 1 somewhat unlikely.

But Kimbrough isn’t quite sold. When asked if he was concerned about a second consecutive blowout loss, he replied, “Absolutely, but hope springs eternal. The very definition of an optimist is a 57-year-old singer-songwriter.”

“The Cardinal loss was a hoax perpetuated by the liberal media,” he joked (we think). “We beat them badly. They just don’t show it on the news.”

When asked if the Titans might be in for another rude awakening this weekend, he quipped, “Oh, hell no. These guys could sleep through anything.”

Rooting for the Titans, but betting on Emmylou

Snider, who came up in South Texas’ seminal alt-country scene in the late ‘80s and early ‘90s and is three years younger than Kimbrough, has been a Titans fan “since the day they became the Titans.” While Snider “went to a game once,” he now takes in the action on TV because that in-person experience was “too loud” — quite the ironic statement from a touring musician.

Kimbrough’s in a similar boat, explaining, “I rarely attend games. I’m a musician. We only work weeks and weekends.”

Snider’s favorite player is Derrick Henry because “he has a one-dread” — a reference to the running back’s gloriously girthy dreadlock — while Kimbrough is fond of Janoris Jenkins, presumably because he thinks jackrabbits are adorable. As for whether either musician boasts an affinity for sports wagering, Snider said he’s “up a grand” betting on “baseball, football, and boxing.”

Kimbrough, meanwhile, doesn’t bet on sports. Instead, he said, “I’m betting on this: It’s gonna be awesome to sing and play with Emmylou Harris in California.”