Most Expensive Stadiums For Sports Fans

Watching your favorite sports team from afar just doesn’t compare to the experience of being inside the stadium, hearing the crowd roar as you follow the action live.

But attending a game can be pretty pricey, or reasonable, depending on the team.

We analyzed the cost to attend a game for all four major sports leagues including the MLB, NFL, NBA and NHL. Costs were based on one general admission ticket, two beers, a hot dog and parking via Team Marketing Report’s 2019-2020 Fan Cost Index report. 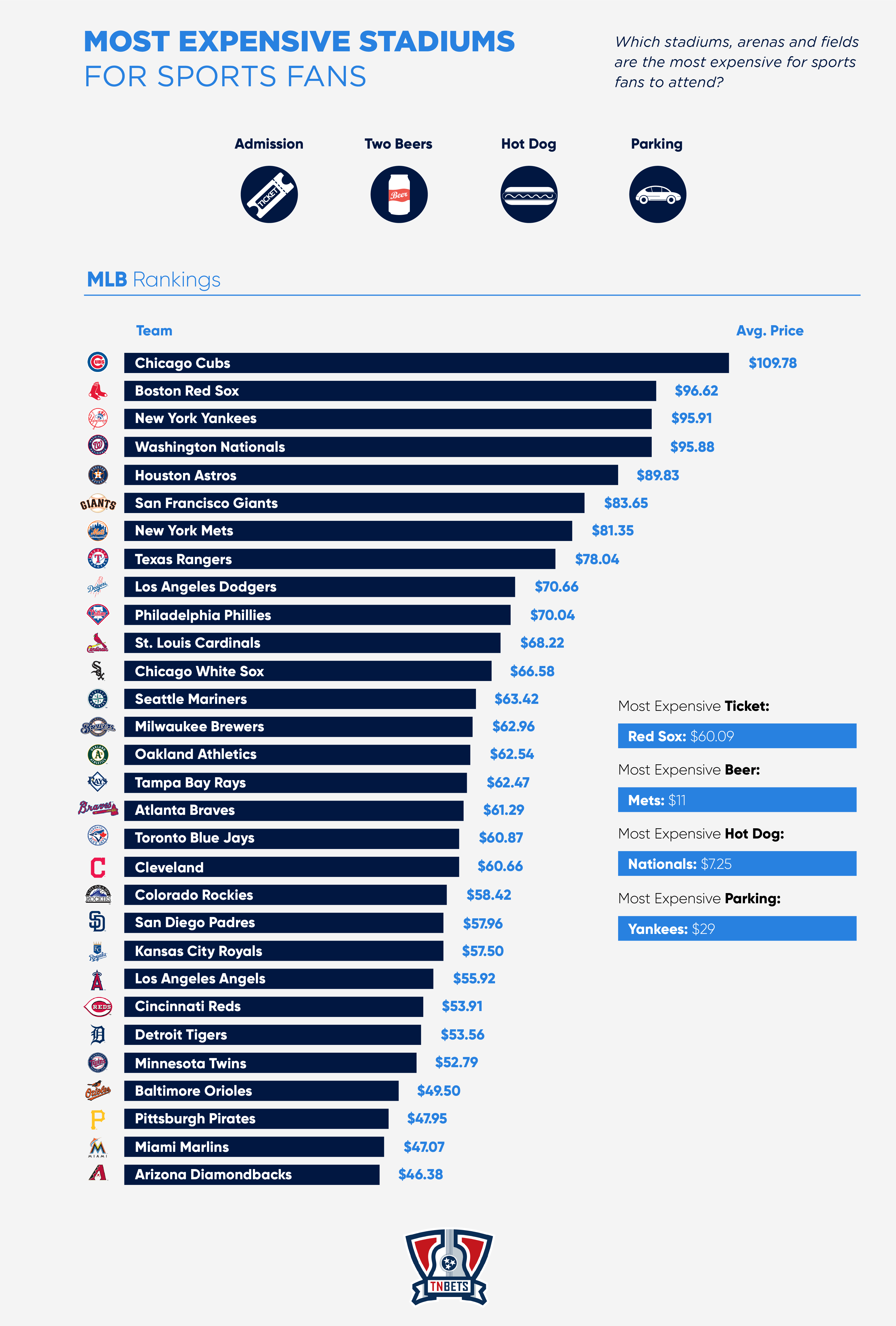 It’s one of the oldest ballparks in the country and nicknamed “The Friendly Confines,” but it isn’t necessarily friendly to fans wallets.

Wrigley Field, home of the Chicago Cubs, tops the list for the most expensive places to see an MLB game. On average, a ticket, two beers, a hot dog and parking will cost you $109.78. Fenway Park, home of the Boston Red Sox, comes in at a close second place ($96.62) followed by the New York Yankees ($95.91).

The Boston Red Sox is also the top team with the priciest general admission ticket. An average ticket will cost fans $60.09. That is a steep price just for a ticket considering the average cost to attend an MLB game with two beers, a hot dog and parking is $67.39. 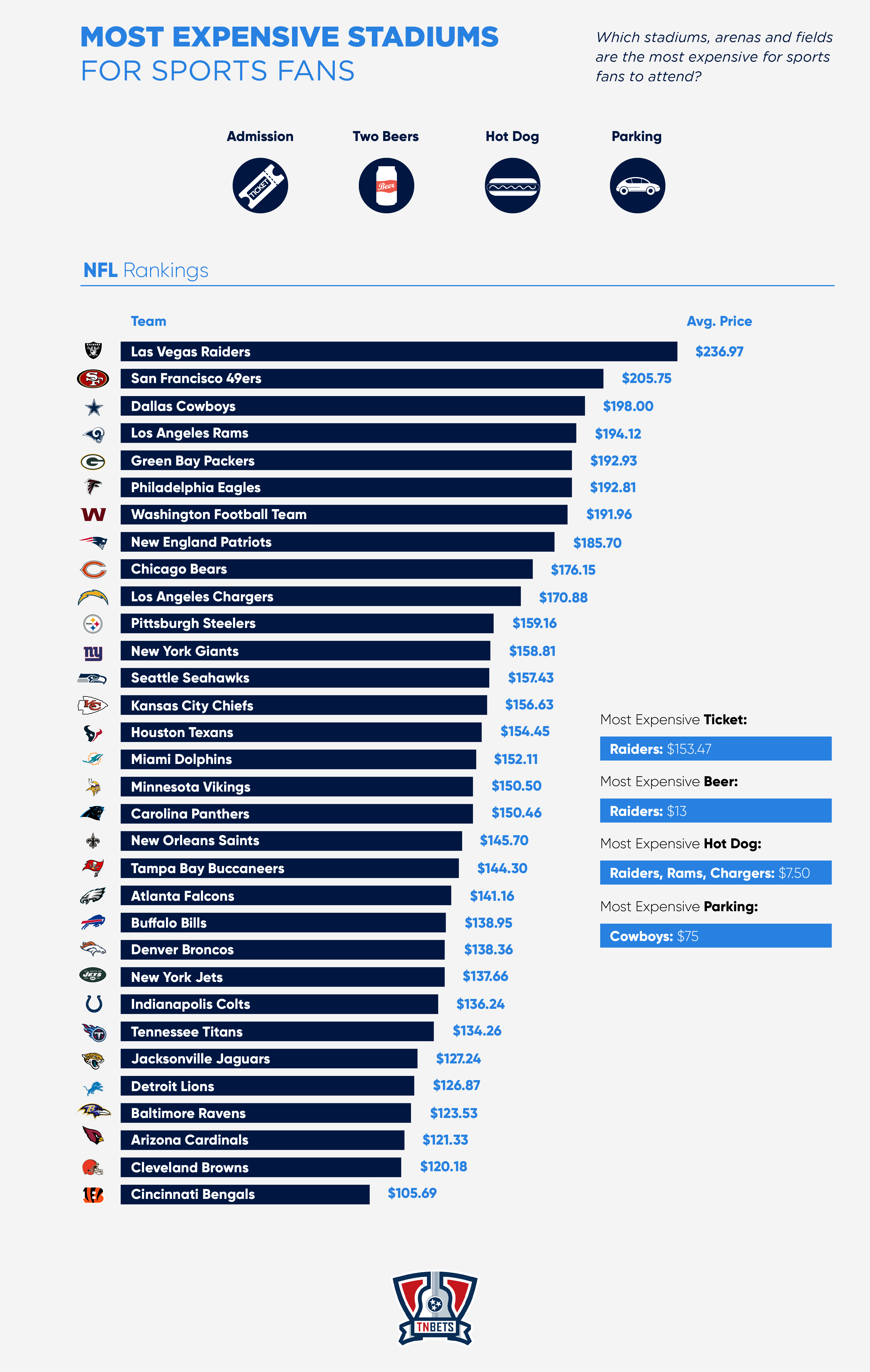 The cost to attend an NFL game is by far the most expensive among all four leagues. While it isn’t as expensive as betting on your favorite team with your favorite sportsbook, the cheapest team to watch live is the Cincinnati Bengals ($105.69) and the league average is $157.07. The Las Vegas Raiders come in at No. 1 ($236.97) followed by the San Francisco 49ers ($205.75) and the Dallas Cowboys ($198).

The Las Vegas Raiders also have the most expensive general admission ticket with an average cost of $153.47. 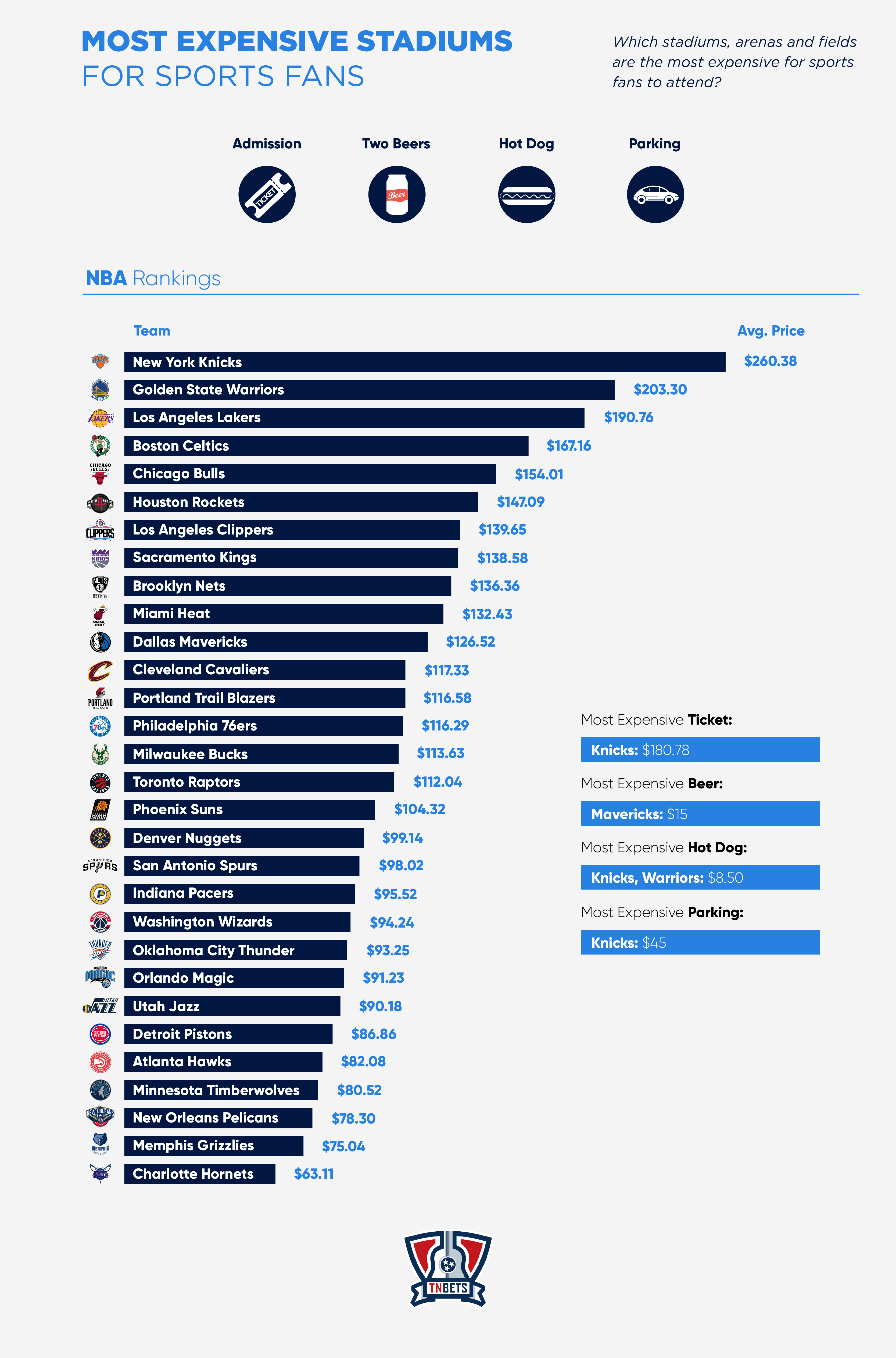 The NBA is the second most expensive league in terms of attending a game. On average, the cost to watch an NBA game is $120.13, but the New York Knicks are home to the priciest game. An average Knicks game will cost fans $260.38, and that’s not even for floor seats! The second most expensive NBA game to attend is the Golden State Warriors ($203.30) followed by the Los Angeles Lakers ($190.76). 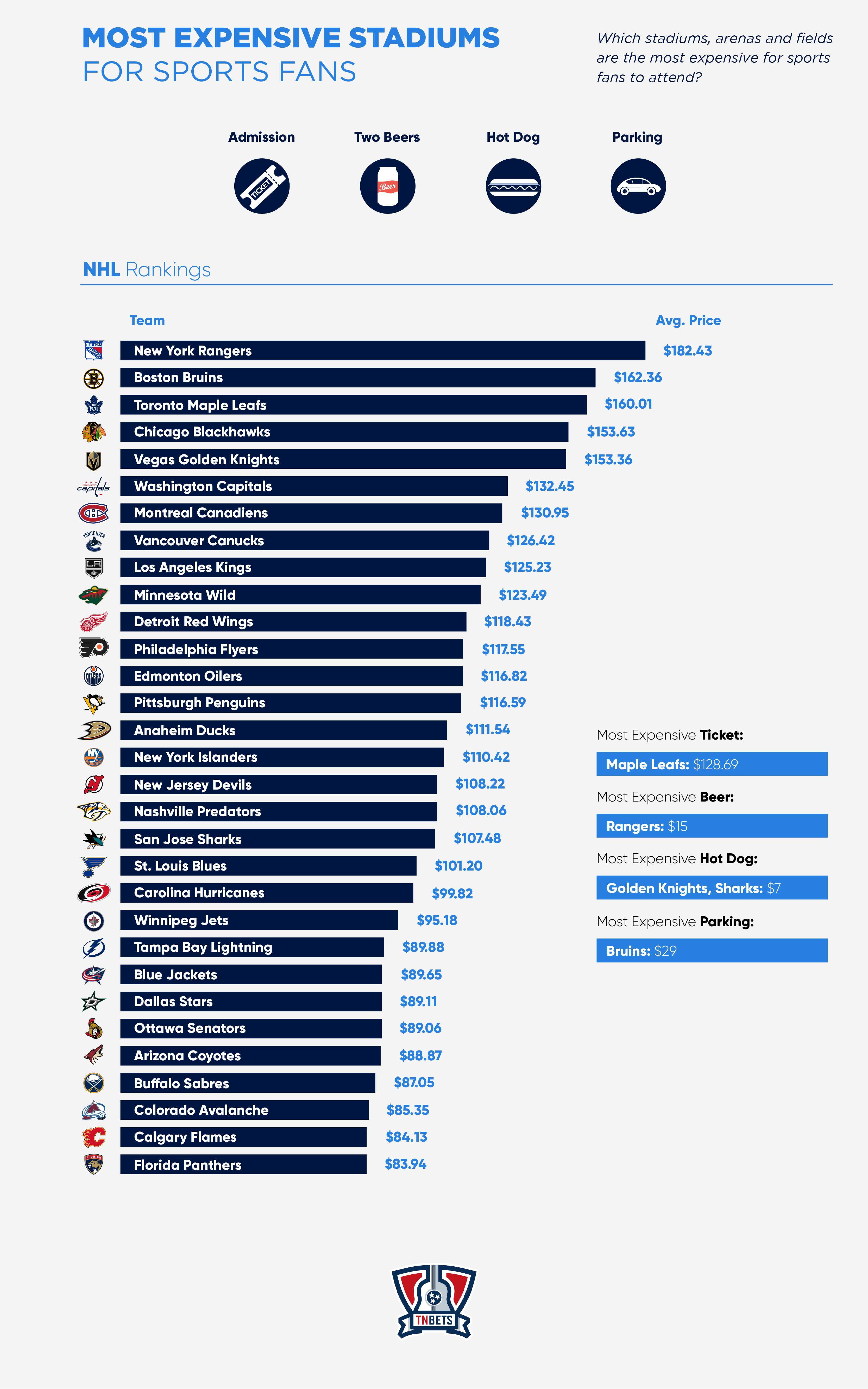 While it is not as affordable as the average price to see an MLB game, an NHL game is still a reasonable option compared to an NFL or NBA game. On average, the cost to attend an NHL game is $114.47.

The Rangers are also home to the most expensive beer in the league, which will cost you a whopping $15.

When Fans Think Attendance Will Return

Most diehard sports fans can overlook the cost to attend a live game, but when do they think arenas and stadiums will be filled with fans again? According to survey respondents, 37% believe attendance will return by the end of 2021 while 21% feel it won’t be until 2022.

While it’s difficult to say when live attendance will return to full capacity, fans will be eager to be the first in line to grab the best seats in the house when stadiums are packed once again. We know it won’t be free like these bonuses are, but people will likely gladly pay the price.

When using this data and research, please attribute by linking to this study and citing https://www.tnbets.com/