Sportsbooks Really Like Julio Jones With The Tennessee Titans 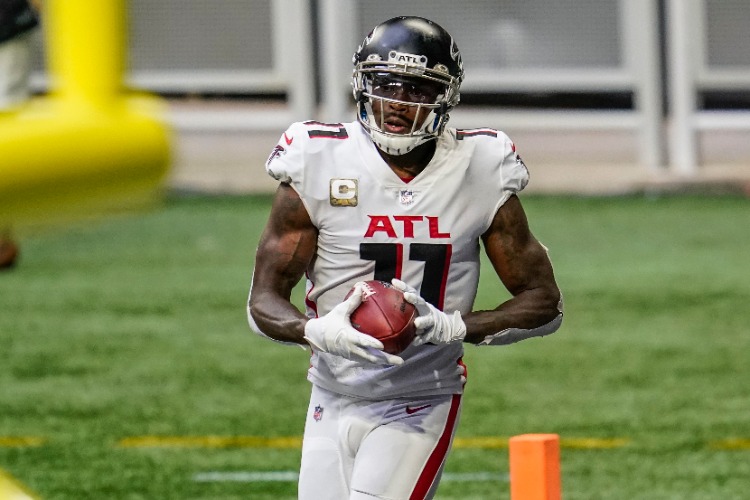 It’s going to be difficult, bordering on impossible, for the Tennessee Titans PR team to not blast “Me and Julio Down By The Schoolyard” whenever newly acquired wideout Julio Jones finds the end zone.

Catchy tune, too. You can easily choreograph a touchdown dance routine to it. Could even change the lyrics …

Ryan Tannehill rolled out of bed

And his mind was immediately blown.

It’s when he found out the news was true

Julio Jones was open in the end zone …

OK, fine, while our songwriting ability here at TN Bets may leave a bit to be desired, this much is true: Julio is on his way, and with it, much shorter odds for the Titans to make a serious run into the postseason.

Pre-trade, the Titans were +4000 to win the Super Bowl at DraftKings. Interestingly, Tannehill had the same odds to take the league’s MVP award.

Post-trade, the odds immediately moved to +2500 for each at DraftKings.

But there are better odds out there for both props, with FanDuel checking in at +3000 for a Titans Super Bowl victory, and +3200 for Tannehill for MVP. And if you think Jones is going to put up a Randy Moss-to-the-Patriots type of season, his MVP odds on FanDuel sit at +18000, the same as his wideout mate A.J. Brown.

Interestingly, Brown — who is now the 1A to Jones’, well, 1A — might be the biggest beneficiary of the trade. Having Jones on the other side will prevent defenses from keying in on Brown, which will make Brown’s job easier. And as anyone who has seen Brown highlights can attest, “making Brown’s job easier” is not something defensive coordinators are too keen on hearing.

In fact, with defenses forced to A) stack the box against Derrick Henry and B) pay much closer attention to Julio Jones than the departed Corey Davis, some analysts think Brown might have a season for the record books.

Of course, a lot of the success or failure of the Titans’ explosive offense will fall on Tannehill’s shoulders, and … well, take a look at this tweet below. Who knew, right?

How good has Ryan Tannehill been since taking over for Titans 26 games ago?

In addition to Tannehill’s MVP odds and the Titans’ Super Bowl odds getting shorter, so did everything else surrounding the Titans.

One area where oddsmakers are having a tough time of it, though, is on the Titans’ win total. Keeping in mind that it’s now a 17-game season, FanDuel has the Titans at over 9 wins at -140, whereas DraftKings has taken the opposite view, setting the total at over 10 at +130.

Both of those numbers might be cheap. For comparison purposes, on DraftKings the Denver Broncos hold the same +2500 odds to win the Super Bowl, but their over is pegged at 8.5 (at -134).

Furthermore, the Titans are middle-of-the-road when it comes to strength of schedule for 2021, according to Warren Sharp of Sharp Football Analysis.

Add it all up, and there’s plenty of reason for fans to be excited for the Titans’ 2021 campaign. Now all that has to happen is for Jones to stay healthy.