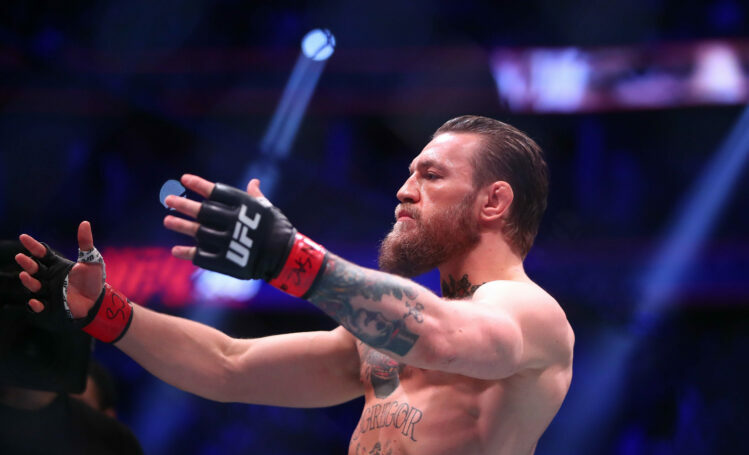 Conor McGregor is, for whatever reason, still an immensely popular draw in MMA — and bettors tend to like him whenever he is slated to enter the octagon.

That’s the case so far at BetMGM, one of Tennessee’s four online/mobile sportsbooks, for Saturday’s UFC 257 lightweight bout between McGregor and Dustin Poirier. The sportsbook told TN Bets Thursday that so far 79% of its nationwide betting handle is on McGregor to see his hand raised in his rematch with Poirier, who hails from the state of Louisiana.

The two men last fought way back in 2014, during McGregor’s storied run in the UFC. Both fighters have been at or near the top of the game since their first matchup. McGregor won that fight by KO/TKO in the first round. Most MMA analysts anticipate a closer fight this time around, though McGregor is the clear favorite in most people’s eyes. Historically, MMA rematches do tend to be closer.

BetMGM said that while McGregor has so far commanded 79% of the handle for the outright winner of the fight, Poirier had 56% of the ticket count as of Thursday afternoon. Translation? Lower-stakes bettors are fine with Poirier’s chances at +240, while the bigger bettors apparently think McGregor has value.

McGregor currently sits at -300 at BetMGM.

There are some in the MMA world who believe this fight is about perfectly priced.

Promotions involved with the fight could be impacting the handle discrepancy, but it’s not all that surprising that McGregor is controlling the handle. It wouldn’t be the first time bettors might be overestimating his value a bit. In 2018, McGregor was only a slight underdog to Khabib Nurmagomedov.

Other betting markets for bout

There are, of course, other ways to bet on the fight outside of simply picking the winner.

In the “final judgement” category, a whopping 70% of the handle is on Poirier by majority or split decision.

Why is that? BetMGM is laying +1400 odds on that outcome. McGregor by unanimous decision, listed at +700, controls 18% of this market’s betting handle.

For the “How will the fight finish?” category, bettors are overwhelmingly betting on a submission (94%). That might seem like a head-scratcher considering McGregor doesn’t really do submissions, and while Poirier has seven submission wins on his resume, he is primarily known as a boxer.

As for the “When will the fight finish?” market, bettors are about evenly split between rounds 2 and 3, with some betting on a round 1 finish. Just 7% of the handle here is on the fight going to the scorecards (+310). There’s been no handle on the fight ending in rounds 4 or 5, according to BetMGM.