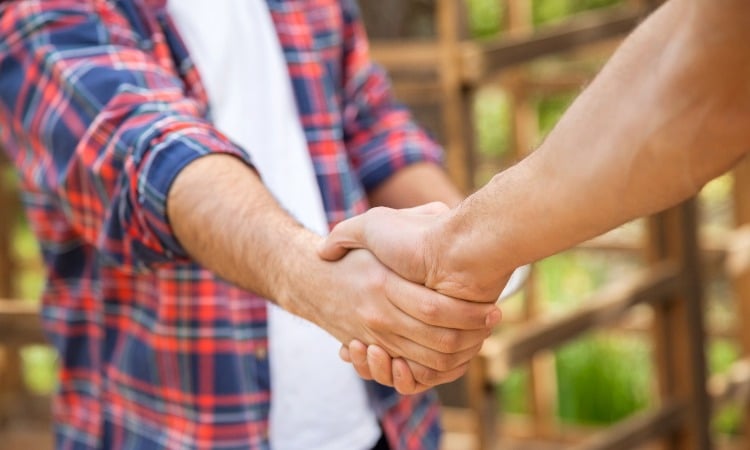 A new era in sports betting in America may have just begun, as Wagr has officially launched in Tennessee, making it the first state in which a peer-to-peer betting platform is offered.

Additionally, the company announced it had just completed its Series A funding round, raising $12 million. The investment includes money from New England Patriots owner Robert Kraft’s Kraft Group as well as from Pear Ventures, which is the fund of Alexis Ohanian, the founder of Reddit.

But first, the app, which is available on iOS and Android.

The company became the first in America to receive a license in the United States for social betting, and then relocated its headquarters to Nashville and launched a private beta test in December.

And now, with the public launch Thursday, Wagr becomes the ninth licensed sportsbook operator in the state and the first to allow bets against other customers on the site.

Would-be bettors can challenge others to bets, and Wagr does the rest, from payments to keeping track of your won-loss record. And when they’re not betting, Wagr hopes people will stick around to stay connected via the social media aspect of the operation.

Ulti is challenging you to a Wagr! https://t.co/Ld9TgXAdSo

The revenue model is straightforward: Wagr imposes a 5% flat transaction fee on every wager.

“Although sports betting is undoubtedly one of the largest consumer markets to open up in recent U.S. history, we’re still in the very early innings of product development,” Mario Malavé, the company’s CEO, said in a press release. “There are many fans who love sports, but for various reasons find current betting products complex, intimidating, or in some cases, even predatory. We built Wagr to give them a better experience, one that engages them in a more personal way and connects them with the sports communities around them.”

Series A comes through

On the financing front, the $12 million raised will allow the company to, as stated in the release, “accelerate product development, continue expanding its team (which quadrupled during 2021), and cover licensing and launch costs in multiple markets.”

Other investors in the Series A round include BITKRAFT Ventures, Greycroft, HBSE Ventures (a venture fund created by Harris Blitzer Sports & Entertainment, which includes the Philadelphia 76ers and New Jersey Devils), Seven Seven Six, and a group of high-profile investors.

“Sports betting is a huge and growing market, but it’s still missing the mark for a sizable part of the sports audience,” Moritz Baier-Lentz, a partner at BITKRAFT Ventures, said in the release. “Today’s app experiences are clunky, complex, and primarily marketed to men.”

Baier-Lentz said Wagr is offering “a unique product that’s social, intuitive, and transparent. We’ve seen community-centric financial products — Robinhood, Coinbase, and Venmo, to name a few — gain huge popularity in recent years, and we believe sports betting could be the next market to benefit from an experience that’s truly designed for fans — not to maximize profits for the house.”