Head of strategy and corporate development joins a DraftKings lobbyist already on the board. 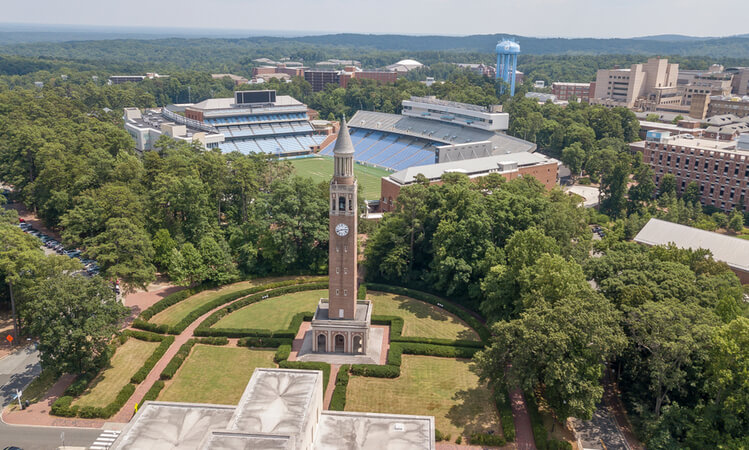 UNC-Chapel Hill is betting big on sports betting being a success in the state.

According to The News & Observer, the university has appointed an executive at DraftKings to its exclusive board of trustees. The school already has a lobbyist for the Boston-based company as a member of its board of governors. DraftKings doesn’t yet offer legal sports betting in the state.

DraftKings, along with other top players in the industry, is looking to have the state legislature legalize gambling on sports via the internet. The state currently only has retail sports betting at a pair of tribal casinos on the western side of the state near the Tennessee border.

The appointment has drawn conflict-of-interest concerns.

According to the report, Malcolm Turner, the head of strategy and corporate development for DraftKings, was appointed to the UNC Board of Trustees last week. Turner joins Board of Governors member David Powers, a lobbyist for DraftKings, in a position of power and authority at the school, the report said.

Turner’s appointment was reportedly opposed by six board members.

Timing of the appointment is notable

The appointment came about two weeks after legislation was introduced in the state Senate to allow DraftKings to accept sports bets in the state, including on college sports, should the final version of the bill allow for it. The early version of the bill allows for betting on collegiate sports, and it’s very unlikely that would be prohibited. It’s standard for many states legalizing sports wagering to allow betting on college sports, as it’s already occurring via offshore websites.

What would be negative for DraftKings and its competitors would be a ban on wagering on in-state teams, which is uncommon but is a rule in eight states, including New Jersey, Illinois, and Virginia. Additionally, prop bets on collegiate athletes could be restricted, as is the case in neighboring Tennessee.

Colleges and universities in some states have taken public positions on how sports betting should be regulated, with some even calling for a total prohibition on college sports wagering.

The UNC Board of Trustees reportedly does get involved with athletic matters at the university, but board members are allowed to recuse themselves. Turner, a graduate of UNC-Chapel Hill, was widely considered a more than qualified appointment, but the conflict of interest is what concerned board members. Turner is the former athletic director at Vanderbilt, among other qualifications.

“I think it’s going to cause a lot of press and pain not only for the university but for this group,” board member Lou Bissette said. So far, the press coverage appears minimal.

The appointment comes as DraftKings has faced recent regulatory action in numerous states related to problem gambling failures. According to experts, problem gambling, especially on sports, is particularly prevalent among college-aged people. DraftKings doesn’t have any formal partnership with UNC.