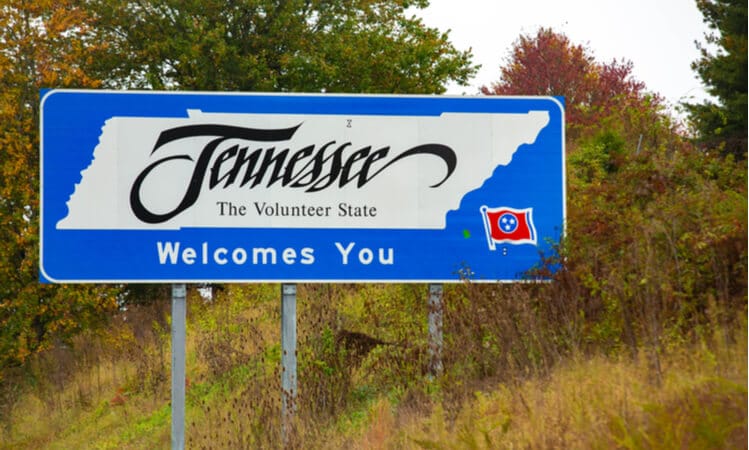 Last year was obviously a tough year on tourism for every state. Tennessee, a state that is especially invested in the economic benefits of tourism, is apparently trying to boost visitation this summer more than it ever has before, according to a recent state report.

While legal online sports betting isn’t explicitly part of the marketing campaign, the efforts should provide the seven sportsbooks some additional customers. From November through May, the books, which allow remote registration anywhere in the state, handled more than $1.2 billion in wagers.

The Tennessee Department of Tourist Development, headquartered in Nashville, developed several short 30-second videos aimed at bringing more people to the state for various vacation activities. The department called it the “newest creative to jump-start travel to Tennessee.”

“The campaign, ‘Now Playing,’ will place Tennessee in more markets than ever with the addition of a number of new test markets this summer,” the department said on its website.

Spending will also include social media and search.

Campaign is aimed at neighboring states

People from all over the country come to Tennessee, but the efforts are of course targeted primarily toward people living relatively close to the state. In other words, likely within driving distance.

Tennessee was an early adopter of sports betting, passing a law in 2019 and then launching in late 2020. Notably, Alabama, Georgia, and Kentucky are three neighbors without any kind of sports betting.

The tourism department is spending more than $200,000 in the Lexington and Louisville areas of Kentucky this summer. However, bettors in those places could easily travel to Indiana to place an online wager.

One location that stands out among the rest is Cincinnati, slated for more than $180,000 in spending. Ohio doesn’t have sports betting, and if gamblers in the Queen City area want to go on a vacation that includes sports betting options, Tennessee could be a good fit.

A city on the list that is a bit surprising is Detroit, which is farther north. Michigan is pretty pleasant in the summer months, and the state has robust online betting offerings, which include sports, casino, and poker. The tourism department labeled Detroit a “test market,” allocating more than $200,000 for the Motor City.

Altogether, more than $5.6 million has been allocated for the tourism advertising.

In 2019, policymakers were quite clear that they anticipated non-residents contributing meaningfully to the sports betting market. The logic made sense for adopting early after the 2018 U.S. Supreme Court ruling.

The state estimated that sports betting would eventually generate $254 million in annual, taxable gaming revenue. That came from a projection that the state’s 21-and-over population of 4.95 million and about 3.52 million of-age tourists would each, on average, contribute $30 a year to gross gaming revenue.

The Volunteer State appeared to be a bit conservative in its projection. Prior to the pandemic, Tennessee was seeing about 115 million in annual visitors. Tennessee’s sports betting market is still a baby, so determining the accuracy of the initial projections will take time.