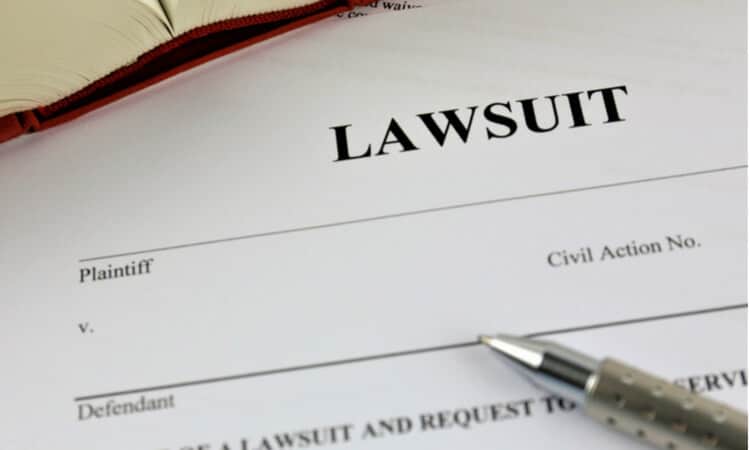 According to the Tennessee Lottery last week, TN Action 24/7’s lack of compliance with proper internal controls makes the online sportsbook a high public safety risk because of fraud that has taken place on the platform. The sportsbook denies those claims and Wednesday sought help from a court to lift its indefinite license suspension.

The lottery said that hundreds of thousands of dollars of potential debit card/identity fraud has occurred on the platform and that the sportsbook lacks the capability or wherewithal to make sure it doesn’t continue. Regulators suspended TN Action 24/7’s license last week (audio is available here).

Despite what regulators call an ongoing high risk to public safety, TN Action 24/7 wants to be back in business to make money from March Madness, one of the most lucrative events of the year for a sportsbook. So, it sued the state in what is called the Chancery Court of the State of Tennessee, in the 20th Judicial District in Nashville. The operator seeks to have the lottery “immediately reinstate” its license.

It claims that the suspension was illegal on procedural and constitutional grounds. Tennessee passed a law in 2019 to allow for sports betting under the regulation of the lottery.


A hearing on the lawsuit was held Wednesday.

Action 24/7 claimed that it “promptly identified and addressed the issues” surrounding the alleged fraud and should be able to relaunch its platform. Lottery officials maintained last week that Action 24/7 can’t guarantee fraud doesn’t continue and said that its platform remains vulnerable.

The sportsbook claimed in the lawsuit that the lottery jumped to a “knee-jerk” and “hasty conclusion” to suspend its license. Action 24/7 claimed that there was “no emergency, no continuing danger, and no ‘exigent circumstances'” related to continued fraud.

At the heart of the suit is the argument that the license suspension will cause “immediate, irreparable harm including financial ruin” to the business. Action 24/7 is only licensed in the state of Tennessee.

Through the first three months of Tennessee sports betting (November, December, and January), Action 24/7 had 0.4% of the handle market share, dwarfed by the shares of BetMGM, DraftKings, and FanDuel. Since Feb. 1, two additional rival sportsbooks have launched.

Losing out on March Madness will sting for Action 24/7, but in terms of losing ground to rival sportsbooks, it doesn’t have much ground to really lose. It handled only about $2.28 million in wagers through the first three months, making about $300,000 in revenue.

The lawsuit claims that the license suspension is “catastrophic” to the sportsbook, even though it says there is no way to accurately peg the damage done to its business. “The damage in lost customers and lost customer goodwill cannot be calculated or repaired after the fact,” it said.

“The players in the industry are fiercely competing for market share,” the lawsuit read. “Action’s inability to accept wagers during one of the biggest sporting events of the year means that its customers have already found other companies online that will take their wagers instead, and will continue to do so. Once those customers have become accustomed to wagering through other companies, having already created passwords, input card information and become accustomed to placing wagers on those sites, they are unlikely to return to Action when its license is eventually reinstated.”

Furthermore, the sportsbook said it has been “unable to refund money to its current customers, further jeopardizing its reputation and its customers’ best interests.” It’s unclear what refunds the lawsuit is referring to. Withdrawing an account balance is not a refund.