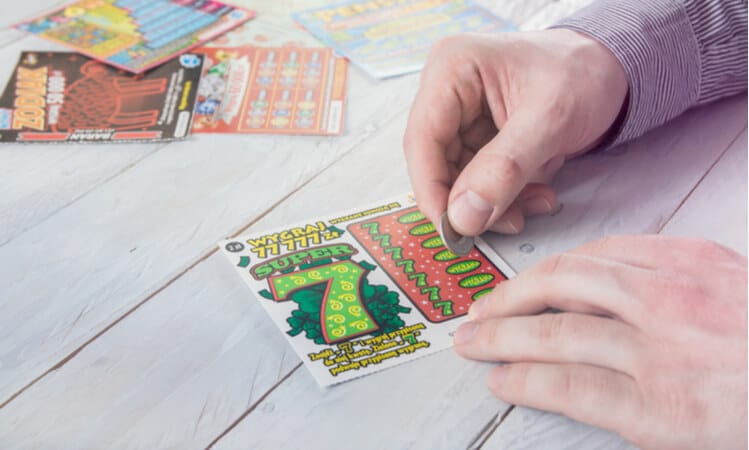 It’s a remarkable sales figure considering how long ago the previous record was set. The $10.15 million in sales appears due, at least in part, to federal stimulus money released in March, though the Tennessee Lottery has seen sales increase overall during the pandemic.

“Our mission at the Tennessee Education Lottery is to raise money for education in Tennessee, and to do that we are always looking for new ways to make it exciting for our players,” TEL President and CEO Rebecca Paul Hargrove said in a statement. “We introduce new games on the first Tuesday of every month, calling it ‘Tennessee Tuesday,’ and this selection of games seems particularly popular.”

As opposed to draw games, scratch-offs allow a gambler to find out right away if they won or lost.

The sales on April 6 helped make the week ending April 10 a record-setting one for instant game sales for a single week. More than $47.1 million of the tickets were sold over the seven-day span, per the Lottery.

The previous week-long record was not disclosed by the Lottery.

Instant games vs. other games

Scratch-offs aren’t the only way to gamble on the lottery, but they make up the majority of sales.

The Tennessee Lottery reported that the most recently completed fiscal year (ending June 30) saw record instant game sales of $1.556 billion, which was a whopping 84.5% of total sales of $1.84 billion.

The total sales were also a record for the Lottery, showing that the pandemic didn’t slow it down. The fourth quarter of the most recently completed fiscal year (April 1–June 30, 2020) was a record-breaking quarter. That was during the height of the pandemic.

The Tennessee Lottery does not sell tickets over the internet, like states such as Kentucky and Michigan.

So far, policymakers in the state do not appear to be looking at allowing the Lottery to offer gambling via the internet like the online/mobile sportsbooks can, but that could possibly change in the years ahead. About $700 million was bet online through the sportsbooks through their first four months of operation, which kicked off on Nov. 1. The books reported more than $60.3 million in revenue off that handle.

The state collected about $12.3 million in taxes off those winnings.