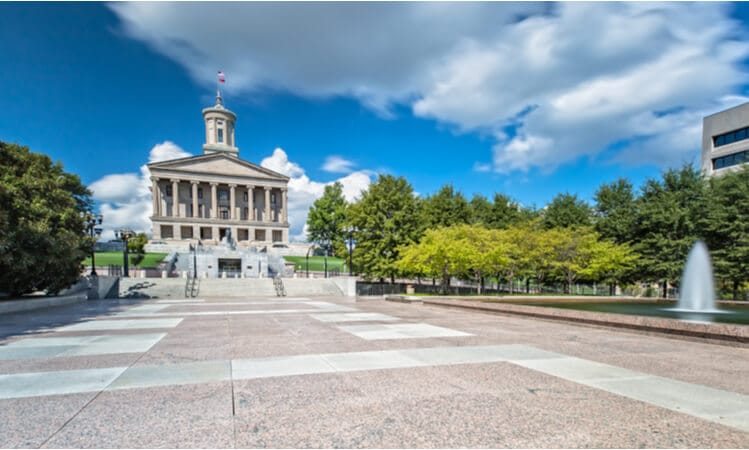 A proposal to allow voters to weigh in on amending the Tennessee Constitution to allow for Las Vegas-style casinos was put on pause until 2022.

A massive long shot to advance this year, state Rep. Jason Powell said Tuesday afternoon in Nashville that this year is not the time to try to discuss such a move. The proposal was House Joint Resolution 93.

“We have a lot of people who gamble, but unfortunately they aren’t doing it [except for sports betting] in the state of Tennessee,” Powell, a Democrat, said in testimony in front of the House Departments & Agencies Subcommittee. “We are losing dollars. It’s important. I’ve heard from a lot of different people interested in testifying [on casino gaming].”

“I plan on bringing this back next year,” Powell said.

Powell is also pushing a separate plan to create a so-called sports gaming board to take over most, if not all, regulatory duties from the Tennessee Education Lottery, which is currently the regulator of the state-sanctioned online/mobile apps.

There are six apps currently accepting online wagers, but there are no retail sportsbooks in the state.

Powell said that sports betting involves “many different complexities that are different from a lottery.”

That bill will also be held until next session, according to Powell. It is probably the best move, as it does not make much sense to take regulatory duties away from the Tennessee Lottery in its first year on the job. Sports betting kicked off on Nov. 1.

Other proposals to make tweaks to the 2019 Sports Gaming Act that were on the committee calendar were not heard Tuesday, but they should be discussed next week.

Do casinos stand a chance in Tennessee?

Tennessee Gov. Bill Lee is opposed to gambling, but he did let the 2019 Sports Gaming Act become law in mid-2019 without his signature. He decided against vetoing it, but the governor did not want to put his John Hancock on it.

Lee, a Republican, is up for re-election in 2022. The last time the state had a Democratic governor was in 2011. Democrats in Tennessee are more favorable to gambling. Powell is a Democrat.

Lee leaving does not neccesarily mean the Republican-controlled legislature would be willing to put casinos up to voters.

Tennessee faces little regional pressure with regards to casinos. Kentucky, Alabama, Georgia, and South Carolina all do not have Las Vegas-style casinos to take Tennessee dollars. All but South Carolina have flirted with them, however, and casino legalization in any one of those states could be a game-changer.

Tennessee is a tourism-heavy state, so while casinos look like a massive long shot right now, anything could be possible if the state looks for new ways to draw in visitors post-COVID-19.

Would voters approve Las Vegas-style casino gaming? It seems very possible. A 2002 referendum for the Lottery was approved convincingly by a 57% margin. The state already has one form of casino gaming in sports betting, too.