Titans Nearly A Touchdown Underdog In Showdown With Patriots

After an upset loss to the Texans, the Titans look to bounce back against a red-hot New England team 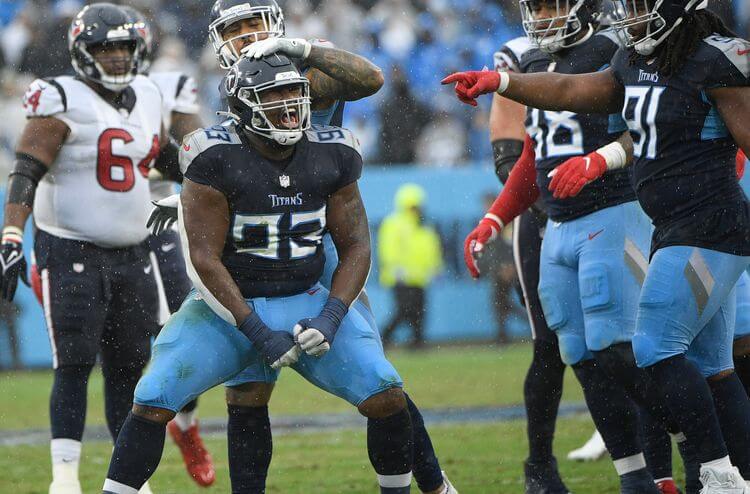 The Titans have thrived as underdogs this season, posting a 5-0 record against the spread. Tennessee plays its best against elite competition. The 8-3 Titans have losses to the Jets and Texans, but wins over the Chiefs, Rams, and Bills.

That might be good news entering this weekend, as the Titans face the red-hot New England Patriots on Sunday at 12 p.m. CT. Bill Belichick’s squad has won five straight games, the longest active winning streak in the NFL.

With Mac Jones at quarterback and the defense playing exceptionally well, the Patriots have surged to the top of the AFC East. They’re favored this weekend against the Titans with the game being played at New England.

BetMGM, Caesars, DraftKings, FanDuel, TwinSpires, and WynnBET list New England as 6.5-point favorites. The Titans want to bounce back after a 22-13 loss to Houston, and bettors can take them as underdogs at Tennessee’s various sportsbooks.

“Obviously, people react to what they just saw,” Adam Pullen, assistant director of trading at Caesars sportsbook, told TN Bets via email. “The Titans’ loss to the Texans is a huge factor, along with the Patriots’ play the last month and a half. If the Titans had a comfortable win versus the Texans, this spread is likely three points lower.”

Mike Vrabel, the head coach of the Titans, spent eight seasons as a player for the Patriots. The former linebacker is 2-0 as a head coach against his former team. Interestingly, the Titans were underdogs in both wins.

In 2018, the Titans demolished the Patriots 34-10 during the regular season. In 2019, Tennessee ended New England’s season with a 20-13 victory in the Wild Card round. That was Tom Brady’s last game as a New England Patriot. Despite recent success against Belichick, Vrabel told the Tennessee Titans team site that Sunday’s game isn’t about the coaching battle.

“Bill and I won’t be squaring off to determine this game,” Vrabel said. “This game will be won, like it always is, with the players.”

Tennessee is still without star running back Derrick Henry, who is sidelined with injury. The hope is that Henry returns ahead of the postseason. The team recently released running back Adrian Peterson, whom the Titans signed in the immediate aftermath of Henry’s injury.

Wide receiver A.J. Brown, one of the team’s top offensive threats, left the Texans game early with a chest and rib injury. His status isn’t official for the matchup as of the middle of the week, although X-rays on his ribs came back negative. There’s a chance he’s able to play Sunday.

Beating the Patriots won’t be easy for the Titans, especially given the recent success of New England’s defensive unit. The Titans may need a strong defensive showing of their own to win this weekend.

With Jones limiting mistakes, the defense has helped the Patriots become one of the top teams in the NFL. The Patriots allow 16.1 points per game, the fewest points allowed per game in the league. DVOA, a measure of a team’s efficiency, lists the Patriots as the NFL’s second-best defense.

“In my eyes, the main factor is that the Titans have to figure out a way to solve the Patriots defense,” Pullen said. “A performance like they had offensively versus the Texans last week will likely not be enough against a team that’s clicking on all cylinders. Getting almost a TD with a team that has thrived as an underdog this season seems like an opportunity. As we’ve seen, results from week-to-week continue to vary. Every time it seems a team is figured out, things go totally opposite.”

While the Titans aren’t as efficient as New England defensively, Tennessee has put together a few stellar defensive showings. It held Patrick Mahomes and the Chiefs to three points, and used turnovers to slow down Matthew Stafford and the Rams, who mustered just 16 points against Tennessee.

The total for the game is 43.5 on DraftKings. FanDuel and WynnBET have the total at 44 points, while BetMGM, Caesars, and TwinSpires have 44.5.