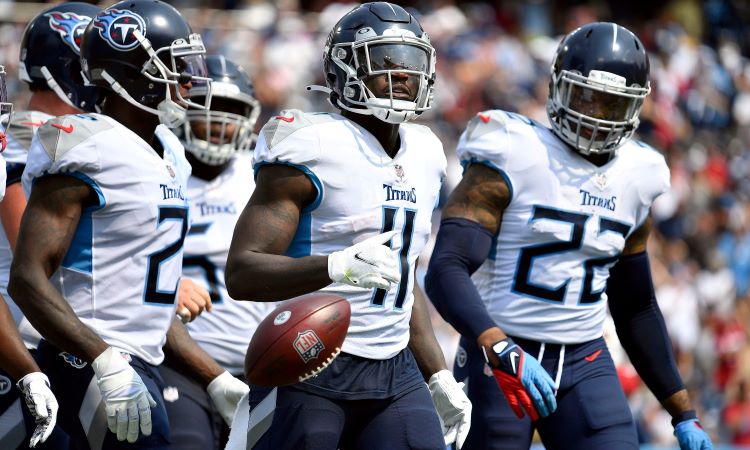 Beset by injury, the Titans suffered a crushing 27-24 defeat to the previously winless New York Jets in Week 4, knocking out scores of survivor pool entrants in the process.

The Titans fell in overtime after entering the game as heavy -245 moneyline favorites. In retrospect, the odds didn’t fully reflect the impact of the Titans’ depleted receiving corps, with top wideouts A.J. Brown and Julio Jones both out due to hamstring injuries. Mobile sports bettors, largely undeterred by injuries, took the Titans on approximately 97% of all moneyline tickets at DraftKings.

But Brown, who made the Pro Bowl last season, is expected to return on Sunday at Jacksonville for the Titans’ divisional matchup against the struggling Jaguars. Brown was a full participant in practice on Thursday, while Jones remained out. DraftKings, FanDuel, BetMGM, PointsBet, and WynnBET all list the Titans (2-2) as 4.5-point favorites in Sunday’s game, and they remain an overwhelming favorite (-250 at DraftKings) to win the AFC South.

In addition to Jones, a plethora of Titans starters missed Thursday’s practice because of injury, including LT Taylor Lewan (toe), C Ben Jones (neck), LB Jayon Brown (knee), DE Denico Autry (hip), and P Brett Kern (groin). Derrick Henry, the NFL’s leading rusher in both 2019 and 2020, also missed practice on Thursday, but that was a case of coach Mike Vrabel giving him rest. Through four weeks, Henry leads the NFL in rushing yards with 510. Nobody else in the league even has 400 yards.

Even if Jones is out again on Sunday, the Titans will look to expose a weak Jacksonville secondary. The Jaguars rank 30th in total yards allowed per game at 418.5, as well as 30th against the pass in surrendering 312.3 per contest. In Week 4, Bengals quarterback Joe Burrow threw for 348 yards and two touchdowns in Cincinnati’s 24-21 win over Jacksonville.

Joe Burrow BALLED OUT vs the Jags pic.twitter.com/X9GDALFbvV

The Jaguars enter Week 5 as the AFC’s only team without a win. (In the NFC, the Detroit Lions also stand at 0-4.) Jacksonville trails Tennessee by two games in the AFC South standings.

Given Jacksonville’s deficiencies against the pass, logic says to consider the over with Tannehill’s yards on Sunday (243.5). The Jaguars have given up at least 289 yards of net passing in all four regular season games this season. While Tannehill passed for 298 yards last week against the Jets, be aware that he has finished with under 220 yards in two of four games. Tannehill passed for a season-high 347 yards in a Week 2 win over the Seahawks.

Brown could benefit from the potential absence of Jones. At DraftKings, the total on Brown’s receiving yards against Jacksonville is 63.5 (the over is priced at -115). There are also odds of -103 at Caesars Sportsbook for Brown to eclipse 3.5 catches against the Jags.

1u – AJ Brown o3.5 Receptions/Buccaneers ML -103 (Caesars) @propchefbets pointed me to Brown who’s on pace to play Sunday. Good matchup against Jaguars with Julio likely to sit out. ESPN has him at 4.9 receptions. Parlayed with Bucs for good odds pic.twitter.com/N9a5yGQvBD

The total on receiving yards for Titans TE Anthony Firkser is 26.5 at DraftKings. In terms of rushing yards, DraftKings is offering a prop on Henry’s total at 114.5.

Henry has gone over 114.5 in two of four games this season. In a third, he barely missed, rushing for 113 in Week 3 against the Colts. He opened the season with 17 carries for 58 yards in a Week 1 loss to the Cardinals.