Titans Will Be Favored Over Indianapolis On Sunday, But By How Much?

Clarity on Wentz’s status likely to cause late odds shift 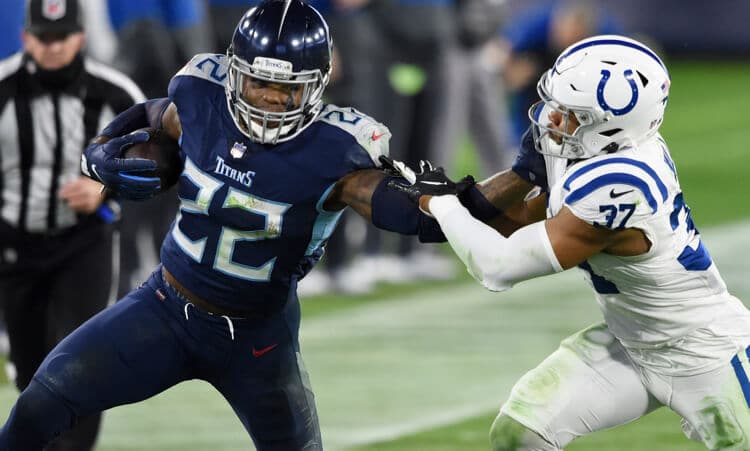 After overcoming a 14-point fourth quarter deficit in Seattle to stun the Seahawks last weekend, the 1-1 Tennessee Titans opened as 3.5-point favorites at the Las Vegas SuperBook to defeat the 0-2 Indianapolis Colts at home this Sunday.

Then came word that Colts QB Carson Wentz sprained both his ankles in the team’s loss to the L.A. Rams, causing the SuperBook’s spread to move to 5.5, a number that, as of Wednesday afternoon, sports bettors could also find at DraftKings, FanDuel, and BetMGM. (Caesars and WynnBET were offering the Titans at -5, with most books offering an over/under of 48.)

“It wasn’t bets that made [the line] move, it was the injury status,” said Jay Kornegay, executive vice president of sportsbook operations for the SuperBook. “That 5.5 incorporates Wentz being questionable. If Wentz is out, this will probably go to 7. If he plays, it might go down a little bit. We certainly know he’s not 100%.

“There’s a big difference between a healthy Wentz and Jacob Eason,” Kornegay added, referring to the Colts’ relatively untested second-year backup. “From what I understand, he hasn’t shown too much in the pro ranks.”

“A lot of people have asked me over the years, ‘What’s the difference between a first-string QB and a second-string QB?’ And it always depends on the capabilities of the backup,” explained Kornegay. “In this case, it’s a substantial gap, but it’s not like what we would see if a [Tom] Brady was out or [Aaron] Rodgers was out or a Russell Wilson. Those elite QBs could make a difference of 6 to 10 points, pending the capability of the backup.”

Titans still the cream of the AFC South

Reflecting on the Titans’ win over the Seahawks, Kornegay said, “It all revolves around [Derrick] Henry. It was interesting to see the second half and how that panned out. Most teams, when they’re in that situation and trailing, they resort to their passing game. But the Titans just kept feeding Henry the rock, and that offensive line and Henry wore them out.

“It was such an impressive comeback by the Titans because they were facing a team that has a history of closing out games, especially when they have the lead,” Kornegay added. “The Seahawks prefer the run, and you would think they’d be able to hold on to that lead, but it just didn’t happen.

“Going out to Seattle and falling behind like they did and coming out with a victory certainly says a lot about that locker room. They were viewed as a playoff contender and still are, but there was a certain level of doubt after coming out so flat in Week 1. A lot of guys I respect have the Titans winning the division.”

Frankly, picking the Titans to win a division that features the Texans and Jaguars isn’t exactly going out on a limb. But if there’s one thing that you can count on with NFL handicapping, it’s that you can’t count on anything.

“I believe the NFL is the toughest league to handicap,” said Kornegay. “So it’s not going to surprise me to see a number of these situations where these teams go through a roller-coaster season, because that’s life in the NFL — especially when you start talking about the mid-range teams, which the majority of them are.”