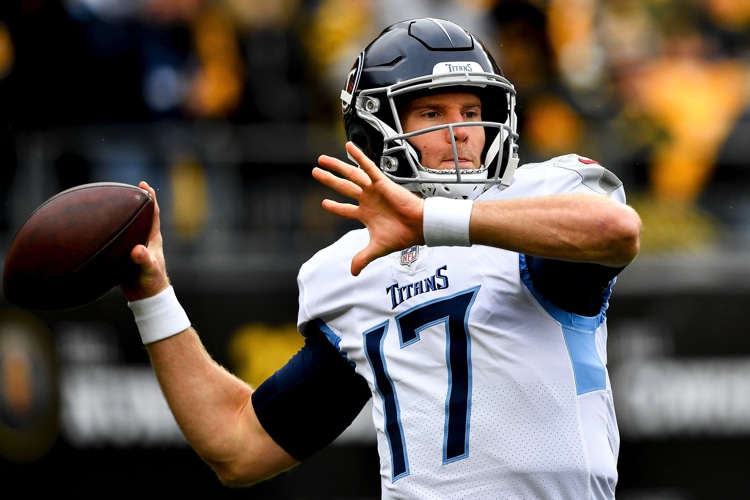 The Tennessee Titans have the opportunity to win back-to-back division titles for the first time in franchise history since the AFL-NFL merger Sunday when they host the surging Miami Dolphins.

The Titans (10-5) lead the Indianapolis Colts by one game in the AFC South with two to play but hold the head-to-head tiebreaker by virtue of sweeping the season series. Thus, Tennessee needs to win only one of its final two games — or have Indianapolis lose one of its remaining games — to clinch the division and a home game in the first round of the playoffs.

The Titans/Oilers franchise won three straight division crowns in the AFL’s first three years of existence from 1960-62. Last year’s AFC South title was its sixth since the 1970 merger but first since 2008. Tennessee is also on the verge of making three consecutive postseason appearances for the first time since a seven-year run from 1987-1993.

Mike Vrabel’s team is currently the No. 2 seed in the AFC, one game behind Kansas City, and it holds the head-to-head tiebreaker over the Chiefs by virtue of its 27-3 win in Week 7. Star running back Derrick Henry is expected to again be sidelined for this game as he recovers from surgery to deal with a fractured foot, but there is growing optimism he could return for the Week 18 finale at Houston on Jan. 9.

"That was a special time of my life. I grew a lot there as a person and as a player." @RyanTannehill1 Thankful For His Time in Miami with the Dolphins 📰 » https://t.co/mBfuMw19gv

The Titans kicked off Week 16 on Dec. 23 with a 20-17 victory over San Francisco, erasing a 10-0 halftime deficit and winning on Randy Bullock’s 44-yard field goal with four seconds to play. A.J. Brown racked up a season-high 11 catches for 145 yards and a touchdown after a four-game absence, and Ryan Tannehill finished 22 of 29 for 209 yards.

Miami (8-7) will come to Music City on a short week but riding a seven-game winning streak after easing past New Orleans 20-3 on the road Monday night. Cornerback Nik Needham returned an interception 28 yards for a touchdown as the Dolphins defense limited the Saints to 10 first downs and 164 total yards while recording eight sacks.

Tua Tagovailoa was effective, completing 19 of 26 passes for 198 yards as Miami became the first team in NFL history to have both a seven-game winning streak and a seven-game losing streak in the same season. The Dolphins still have a chance to win the AFC East, lurking one game behind co-leaders Buffalo and New England. In current AFC standings, they are the seventh seed and would be the final wild card team.

Tannehill, who was the eighth overall pick by the Dolphins in the 2012 NFL draft, has not faced his former team since being dealt to the Titans in March 2019 for a pair of draft picks. He has thrown for 3,327 yards and 15 TDs this season but has only two games with more than one touchdown pass as the offense has sorely missed Henry. Tennessee has averaged 18.6 points and 298.9 yards in the seven games he has missed after averaging 28.4 points and 377.1 yards in the first eight games.

Miami has allowed an NFL-low 82 points over the last eight games and leads the league with 45 sacks for the season.

There has been little movement from the opening line of the Titans as 3-point favorites, though nearly every sportsbook has added a high-side hook to challenge Tennessee backers at -3.5 points. WynnBET has resisted that play so far, offering the Titans on the flat field goal at -105. FanDuel is the only book offering -105 at Titans -3.5, while DraftKings, BetMGM, Caesars, and Twinspires all fall in line at -110 with the hook.

WynnBET is also the low book when it comes to the total over/under, checking in at 39.5 points. Caesars, DraftKings, and BetMGM tick higher to 40 points, while TwinSpires and FanDuel are currently listing 40.5 points, with the former split -105/-117 and the latter -108/-112.

The Titans first-half team total could prove a challenge for bettors. The high-side hook is in play at both BetMGM and DraftKings at 10.5 points, with BetMGM split +110/-140 and DraftKings +105/-135.