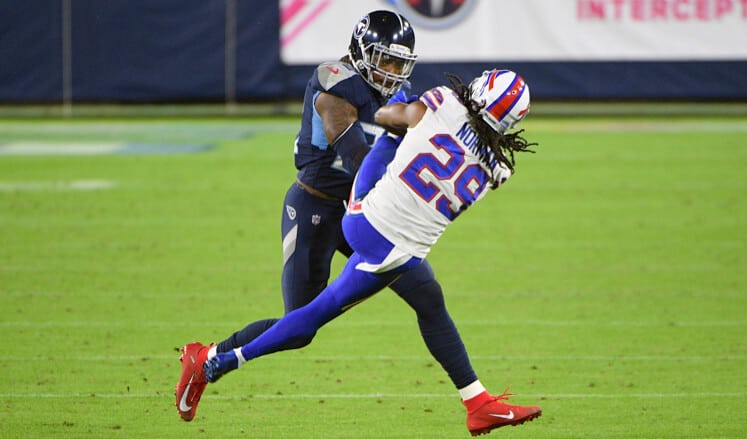 These aren’t the scores registered by SEC frontrunners against non-conference patsies earlier this fall; they’re the scores of the Buffalo Bills’ last four victories over actual National Football League teams — with that last win by 18 points coming on the road against the Kansas City Chiefs, a squad that’s made it to the last two Super Bowls.

In short, since dropping a 23-16 stinker in their home opener against the Steelers, the 4-1 Bills have turned into a juggernaut. And Monday, they visit Nissan Stadium for a clash with the 3-2 Titans.

DraftKings content specialist Julian Edlow feels as though the Bills are firing on all cylinders right now, calling the K.C. win “figuratively and literally a changing of the power in the AFC.”

“I think that game changed a lot of people’s minds,” he added. “Buffalo jumped Kansas City [as the favorite] to win the AFC. Now Josh Allen is the MVP favorite [+450 at DraftKings] and Patrick Mahomes is ninth in the odds [at +1800]. It showed us the Bills are legit on both sides of the ball. The offense is for real, the defense is for real, and not a lot of teams in the NFL can say that.”

At odds of +450, DraftKings currently has the Bills as the favorite to win the Super Bowl. Robert Kowalski, head bookmaker for ZenSports, which is currently seeking a mobile sports betting license in Tennessee, also has Buffalo favored over the defending champion Tampa Bay Buccaneers.

“When I opened up the future pools to win the Super Bowl, I put the Bills as the second choice behind the Bucs,” said Kowalski. “I was a huge believer in Josh Allen very early on. There’s no stopping this guy. He’s hurdling over cornerbacks. It doesn’t make sense. He just seems indestructible right now.”

For what it’s worth, DraftKings has the Titans at 40/1 to win the Super Bowl, while Derrick Henry is the team’s top MVP candidate at 65/1 — dead even, as of Sunday night, with fellow stud running back Nick Chubb and second-tier signal-callers like Teddy Bridgewater, Joe Burrow, Derek Carr, and Baker Mayfield.

The Titans are consensus 6-point underdogs for Monday night’s game, with WynnBET and  FanDuel offering a line of +5.5. WynnBET is offering the shortest moneyline odds on a Tennessee victory at +200, while Caesars and DraftKings are at the high end of the spectrum at +220. BetMGM, Caesars, and WynnBET have set the over/under at 53.5 points, while DraftKings and TwinSpires are offering the lowest total at 53.

As Kowalski notes, if the Titans “were at 100%, they’d have their hands very full with the Buffalo offense,” which ranks eighth overall and fifth in rushing. (The Titans rank 10th and third, respectively.) But the likely absence of starting cornerback Kristian Fulton, who’s dealing with a hamstring injury, could open up more opportunities for Allen and his lethal right arm. Hence, Tennessee’s best bet against the Bills is to hand the ball off to Henry, the league’s reigning rushing champion, and hope he helps keep the ball out of Allen’s hands.

“Henry’s gotta be key,” said Edlow. “If you try and get in a shootout with the Bills, you’re gonna lose. If you want to go into a shootout with the defense Tennessee has, Buffalo’s just going to out-throw you. The bottom line is they are gonna have to play a little bit of defense, whether they’re successful running the ball with Henry or not.”

Bills’ defense could give Titans an opening

Tennessee’s defense ranks 21st in the NFL, while the Bills’ is the best, ranking second against both the pass and the run. But there’s a potential silver lining in their scheme for the Titans.

“I think the Buffalo defense encourages the run, which really plays well into the Titans’ game plan,” said Kowalski, adding that “it’s a tricky spot” for the Bills and oddsmakers alike.

And let’s not forget that, last season, Tennessee trounced the Bills 42-17 in Nashville, picking off Allen twice.

“Tennessee surprised a lot of people and won that game last year,” said Edlow. “The Bills were in a bigger revenge spot against the Chiefs, for sure, but they’re avenging a loss here as well.” 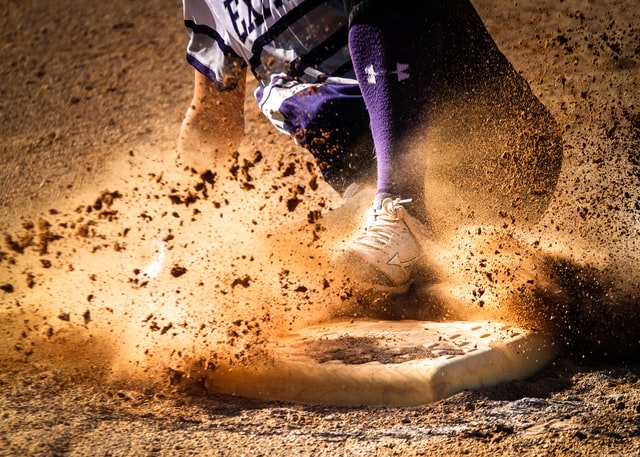