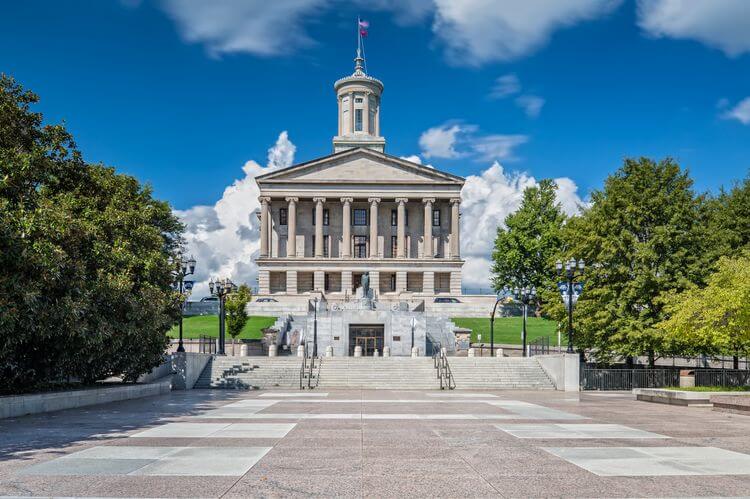 Mary Beth Thomas’ first day as the executive director of Tennessee’s Sports Wagering Advisory Council was Monday. She doesn’t have long to ease into the role, as she’s tasked with getting the organization up and running in two months. The SWAC takes over sports betting regulatory duties from the Tennessee Education Lottery Corporation on Jan. 1.

“It is going to be very busy,” Thomas said in a phone interview last week.

From creating rules and regulations to hiring staff members to finding office space, Thomas faces plenty of decisions in the coming months.

Today marks Mary Beth Thomas’ first day as the executive director of Tennessee’s Sports Wagering Advisory Council. I chatted with her about the newly created role and how her prior experience made this new job opportunity one she couldn’t pass up. https://t.co/BHqVWka4Cn

Thomas, who accepted the job after spending eight years as general counsel with the Secretary of State’s Office, acknowledged the compact time frame. She feels her work with fantasy sports regulation a few years prior makes this time crunch doable.

“Back when we received the regulatory authority in the Secretary of State’s Office for fantasy sports, that also had a super short turnaround time,” Thomas said. “They passed the law back in April [of 2016]. It required applications to be accepted in July, and then we had to start making licensing decisions in September, so it was an extremely close turnaround time, too.”

Taking over as the state’s regulatory body for sports wagering means the SWAC needs to craft rules and regulations for sportsbook operators to follow. There are currently eight sportsbooks (Barstool Sportsbook, BetMGM, Caesars, DraftKings, FanDuel, Tennessee Action 24/7, TwinSpires, and WynnBET) that offer mobile betting in Tennessee. Those operators follow rules set in place by the lottery. The SWAC’s rules are in the works.

A pair of SWAC meetings in the next week should move the group closer to forming “emergency rules,” which will last 180 days or fewer. Those temporary rules give the SWAC time to implement permanent rules after allowing public comment and discussion.

The SWAC rulemaking subcommittee will meet Friday, with the discussion centering around draft emergency rules. Further discussion is expected Tuesday, when the nine-member advisory council meets.

Operators that don’t hit the 10% hold can receive a $25,000 penalty quarterly, based on the draft rules.

Thomas shared this week that she’s still working through staffing decisions. She estimated last week that the SWAC would aim to have about 15 staff members.

“Obviously we need a pretty big team of financial auditors, tech auditors, and investigators, just people who can help with the compliance and the licensing part because it’s such a booming industry in Tennessee,” Thomas said. “The volume of documentation that comes in requires a lot of people. There are some things that can be outsourced, but not everything.”

Given the short time frame in which the SWAC takes over as the regulator, at least some hiring decisions are expected in the next month or two.

According to Thomas, office space for the group hasn’t yet been finalized, but the SWAC expects to be in a state office building in Nashville near the Capitol and legislative offices.