Is Ja Morant A Godsend For Tennessee’s Upcoming Online Sportsbooks?

Tennessee could launch sports betting by the Super Bowl, and the Memphis Grizzlies and star rookie Ja Morant could drive early betting. 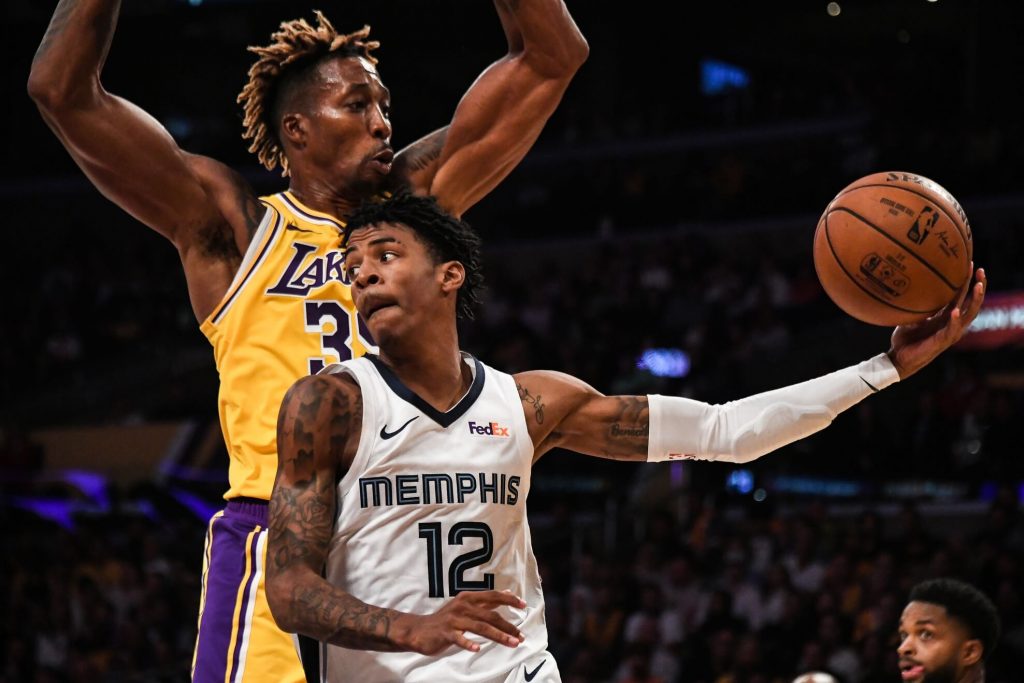 With Zion Williamson’s high-profile knee surgery sidelining him for about two months, the NBA Rookie of the Year race is more wide open than it was previously. In Tennessee, the Memphis Grizzlies are the home of the second overall pick in the 2019 NBA Draft: Ja Morant out of Murray State.

At FanDuel Sportsbook, which is expected to be at the top of the launch heap in Tennessee’s online/mobile-only sports wagering market (the Volunteer State isn’t home to any casinos), Morant is a +275 underdog against the field to win the award. Williamson is still the favorite at +180. New York Knick R.J. Barrett is +450.

The Grizzlies franchise arguably has never drafted a player with a ceiling as high as Morant’s, according to experts. The franchise is a relatively young one, debuting in 1995 as the Vancouver Grizzlies before relocating to Memphis in 2001. The last time the franchise picked as high in the draft was back in 2009 when they selected Hasheem Thabeet — over the likes of James Harden and Steph Curry.

Luckily for the franchise, Morant was the consensus, no-brainer no. 2 pick after Williamson went no. 1.

The fact that the Grizzlies have one of the more hyped rookies in recent memory makes the launch of Tennessee sports betting, which could come before the Super Bowl, a bit more compelling for would-be bettors. Through the first few games, Morant is fourth among rookies in scoring (17.5 PPG), 11th in rebounding (3.5 RPG), and first in assists (5.0 APG).

Barrett is second (20.5 PPG), second (7.5 RPG), and fourth (3.3 APG) respectively in those categories. If you’re going on just the first few games, Barrett’s price may be more tempting. A sharp should be able to tell you whether or not a bet on Barrett is likely to have more expected value (or less negative expected value) than one on Morant — but we aren’t sharps here at TN Bets.

Skin in the game

FanDuel is offering action on 28 rookies in total. The Morant price of +275 has an implied probability of 26.67% for him winning ROY. Let’s say we could play the 2019-20 NBA season 100 unique times, with Williamson starting the season injured every time; does Morant win ROY more than 26 times? If you think so, then he has value in your eyes; if you don’t, then the bet doesn’t have value in your eyes.

The logic that is fueling the ongoing sports betting boom is that regardless of whether or not you lose or make money in the long run on Morant at +275, putting some money on him gives you skin in the game and can increase your engagement with the Grizzlies and perhaps with the NBA more broadly. If you bet on Morant, surely you want to keep tabs on the Knicks and Pelicans (once Zion returns)?

Of course, diehard Grizzlies fans may tell you that they don’t need gambling to follow the team as closely as they possibly can — but diehards are often bettors. Sports betting can move casual fans closer to the diehard part of the spectrum, while making diehards double down on their love for their team.

This is why the leagues, and especially the NBA through various industry partnerships, have embraced gambling since PASPA was overturned in mid-2018.

Morant could be a godsend to upcoming Tennessee sportsbooks given the fact that the team is an eye-popping +22000 to win the Western Conference’s Southwest Division. They are 1-3 after a blowout loss to the Lakers last night. Of course, fans are going to bet regardless of how good or bad a team is, especially when there’s in-game wagering, but Morant gives the team and regulated sportsbooks a bright spot in an otherwise basement-dwelling season.

As mentioned, there isn’t an official timeline for when sports wagering will begin. Earlier this year, the sports betting bill sponsor, state Rep. Rick Staples, told TN Bets that at least one platform should launch in January. The Tennessee Lottery is in the midst of vetting companies to assist it in its regulatory duties.

The state recently saw the formation of its Sports Wagering Advisory Council, an offshoot of the Lottery.

In August, Memphis Grizzlies official Kandace Stewart, the team’s business operations and external affairs director, was appointed to the nine-member panel. With so many eyeballs on Morant this season, it’s safe to assume Stewart would want sports betting to kick off sooner rather than later, which would benefit the Grizzlies, as well as state coffers.

Williamson could be back in action, and potentially in top form, by the time Tennessee sports betting begins, which could make the 2019-20 ROY futures market a hot one right out of the gate for sportsbooks.