A growing number of Southeastern states are anxious to keep up with the Volunteers, who are preparing for launch in the coming months. 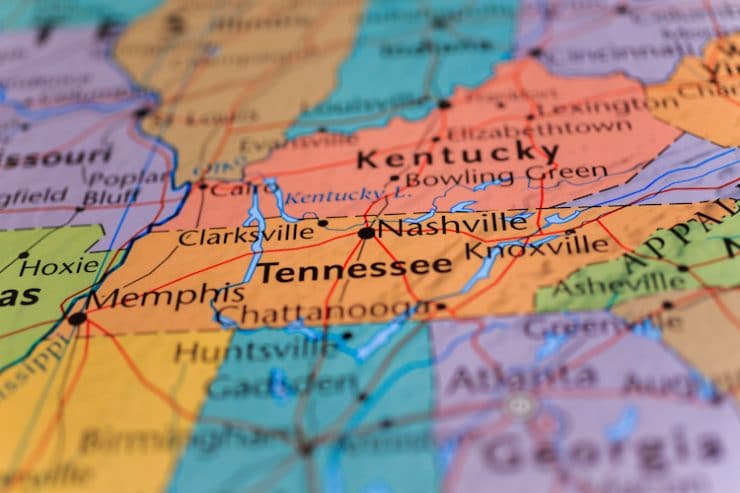 A growing number of Southeastern states are anxious to keep up with the Volunteers. Tennessee officials and residents are likewise eager to spread their legal sports betting wings while many of the neighbors remain grounded.

Among the seven total states to legalize sports wagering in 2019, Tennessee was the most unexpected. A state with zero casinos or any sanctioned gambling other than a state lottery, prognosticators had rated Tennessee as very unlikely to legalize in 2019, or even in the subsequent several years.

But longshots do come home, and officials and bettors in neighboring states including Georgia, Kentucky, and Mississippi have taken notice.

This month, a new coalition of professional sports teams, including the Atlanta Falcons and Atlanta Hawks, announced its formation and support for legal Georgia mobile sports betting (on terms favorable to the leagues). A section of the group’s website specifically references Tennessee three times. On revenue:

That measure passed in April with Gov. Bill Lee allowing it to become law without his signature. The Tennessee Education Lottery has released regulations and will soon begin taking commercial sportsbook operators’ applications (and a $750k application fee), with the goal of greenlighting licensees to go live in the first quarter of 2020.

“We have to start with expanded gaming. We talk about being competitive, other states are eating our lunch. It’s Tennessee that just authorized sports betting. It is Indiana [and its casinos] that has leached money off of us. We already lose $550 million of tax revenue from what Kentuckians bet in our border states in casinos. It’s time for casino gaming, it’s time to treat fantasy sports for what they are, it’s time for sports betting, and we need to prepare for online poker, which is coming.”

Currently, Tennessee residents are seeing a similar flow of entertainment dollars out of the state and into Mississippi, one of the first states to cut ribbons for legal sports betting in August 2018. There are now about 25 commercial and tribal sportsbooks open in the state, however mobile sports wagering statewide is not yet permitted.

“As I took the exit of the interstate to get here this morning,” Shelby County (Tennessee) Commissioner Mick Wright said in December 2018, “there was a billboard right off of 2nd Street that said come to Mississippi and do your sports betting.”

But once Tennessee sportsbooks go live online, fewer residents will make the one hour trip from Beale Street in Memphis to the buffet of casinos in Tunica, Mississippi, which will see its betting handle and revenue flatline even further.

In New Jersey and Pennsylvania, which permit online wagering and remote registrations with digital security checks, which is how Tennessee is expected to operate, online betting handle now exceeds 80% of total dollars wagered.

“Everywhere around us they’re doing it,” said Shelby County Commissioner Van Turner, urging at the end of 2018 for the state to legalize. “It’s like the casinos going down to Tunica, and you could see Memphians heading down there in streams.”

Now that Tennessee has fulfilled the commissioners’ wishes, more surrounding states are going to feel the same sense of urgency, or FOMO, as new legislative sessions approach at the top of 2020.

Missouri lawmakers were active discussing a plan for legalization during a Special Interim Session in late October. The next year will be the third in which they discuss moving forward. Missouri publications have made note of the developments in Tennessee.

Another neighbor that, like Tennessee, has no commercial casino industry, is moving in that direction with an eye toward sports betting as well. A lawmaker pre-filed a bill on Monday that would usher in casinos and sports betting. North Carolina legalized in 2019, however in very limited fashion — only at two tribal casinos in a remote, Eastern part of the state and not online.

In a nutshell, Tennessee, quite surprisingly, may be the object of regional sports betting envy as soon as its approved sportsbooks go live, and in all likelihood, access some entertainment dollars from all eight of the states bordering it.

As we’ve seen in various other regions, bettors eager to make a legal wager are willing to take a quick trip over the border to get down. March Madness is right around the corner and as usual, the SEC will be well represented, with fans looking to put their money where their heart is.