Elsewhere in Tennessee, Vanderbilt hosts Kentucky in an SEC clash 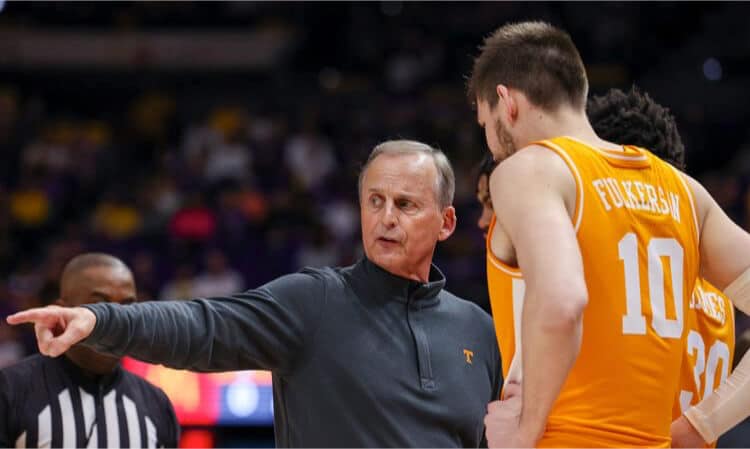 A dramatic home win over Arizona on Dec. 22 moved the University of Tennessee men’s basketball team to 9-2 overall as it prepared to embark on SEC play. Nearly three weeks later, the Volunteers are looking to regain their previous form.

Tennessee sits at 10-4 after losing two of its last three games, and its lone victory during that time was a 66-60 overtime win against Ole Miss. The Volunteers dealt with COVID-19 issues affecting two of their best players during the three-game span.

He called for more from Fulkerson, whom Barnes hopes starts playing like he did against Arizona – Fulkerson had a 24-point, 10-rebound performance – sooner rather than later.

Rick Barnes: We need John Fulkerson to help us or step aside.

As far as the moneyline, Tennessee fans can find their favorite team at -1000 at BetMGM, while FanDuel lists the Volunteers at -1700 and TwinSpires goes as high as -2000. Tennessee’s other sportsbooks fall in between with something around -1325 at most books.

South Carolina will be a double-digit underdog for the first time this season, although the Gamecocks are a solid 3-2 against the spread when not favored. South Carolina knocked off Vanderbilt on Saturday as an 8.5-point underdog, leaning on a team-wide effort to secure the win as 11 different Gamecocks scored in the game.

FanDuel lists a low total of 141, while DraftKings goes as high as 143 points. WynnBET has the total at 142, while BetMGM and Caesars have the over/under at 142.5. and TwinSpires lists 141.5. Three of Tennessee’s last four games have gone under the point total, but South Carolina is on a three-game streak of hitting overs.

After a mediocre 5-4 start to the season, Vanderbilt rattled off four consecutive wins. Despite a recent home loss to South Carolina, the Commodores seem like they could be trending in the right direction as they prepare to host Kentucky Tuesday night.

➡️ Our game vs. Kentucky will be an 𝐄𝐒𝐏𝐍 broadcast.
➡️ 6 p.m. on Jan. 11. #AnchorDown pic.twitter.com/Aa7gigWpDS

Assuming COVID-19 issues don’t lead to a postponement or cancellation, Tennessee and Kentucky will battle Saturday in Lexington. As of Tuesday, KenPom predicts a 74-69 Kentucky victory, meaning the Volunteers will likely be road underdogs this weekend.