Tennessee Approves Betting On Drone Races, Something Even New Jersey Doesn’t Have 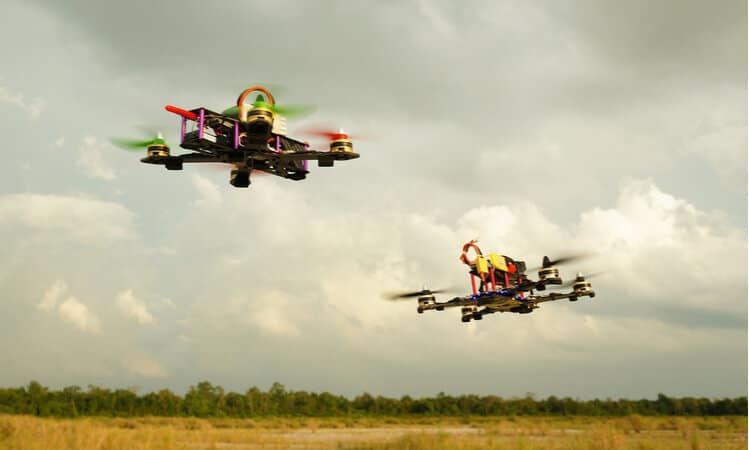 The latest example of this is the Tennessee Education Lottery approving gambling on the Drone Racing League. The state of New Jersey, the leading market in the nation that saw nearly $1 billion in handle during November alone, doesn’t have DRL on its list of approved events.

The Tennessee list of approved events for wagering was updated Monday. Also included in the update was eSports with the stipulation that “each league and its games/matches must be submitted for approval pursuant to the guidelines” in a previously issued compliance directive. Additionally, the list provided clarity that sports listed include both male and female versions unless otherwise specified.

The category that includes drone racing was updated from “auto sports” to “motor sports,” presumably to square with the addition of DRL. Obviously, drones aren’t cars.

It appears the Drone Racing League will look to become available for wagering in as many states as possible. In October, DRL announced a partnership with Genius Sports to “accelerate DRL into the sports betting space.” The relationship has the lofty goal of putting drone racing “on the fast track to be the best sport to bet on.”

“Drawing on its global leadership in advising top governing bodies including the NBA, NASCAR, and the English Premier League, Genius Sports will leverage DRL’s official data to build a high-end live betting product to be sold to legal sportsbooks in regulated territories around the world,” the presser stated. “Exclusive access to DRL’s cutting-edge drone technology and official data across live and virtual drone races will enable Genius Sports to create a real-time gaming platform that provides up-to-the-second odds with transparency, accuracy, and security, as well as a suite of wagers and prop bets.”

The approval in Tennessee possibly came at the request of DraftKings, which is a DRL partner. DRL will be only a pipsqueak in the sports betting universe, but many niche sports taken together are an important part of the puzzle for any sportsbook. Any Tennessee sportsbook could take bets on DRL events.

Enter our free-to-play pool. Make your picks to get paid.

The approved events list in Tennessee was crafted by Danielle Boyd, the Tennessee Education Lottery’s vice president of sports gaming operations. Boyd, a gaming industry leader, played a pivotal role in implementing sports wagering in West Virginia under that state’s lottery and previously worked for William Hill in Las Vegas. She was hired in 2020 to help get Tennessee across the finish line on sports wagering.

Regulators with the Tennessee Education Lottery Corporation will meet Jan. 6 to continue moving forward on applications from additional sportsbooks. The state saw the launch of four mobile books in early November. The state hasn’t yet released handle or revenue figures from the month of November, but early data points to a successful debut month.

The TELC’s board of directors, along with its Sports Wagering Committee, didn’t meet publicly this month.

The “special meeting” on Jan. 6 will kick off at noon local time and is scheduled to last two hours.

The Sports Wagering Advisory Council, a separate body formed under the 2019 Sports Gaming Act, doesn’t currently have any scheduled meetings. It last met in mid-November.

WynnBet, William Hill, and Churchill Downs (BetAmerica) are three mobile sportsbooks that have pending applications in the Volunteer State and are expected to be green-lit next. It appears likely those books will launch sometime in January ahead of the lucrative NFL Super Bowl.

Other companies, such as ZenSports, have also started the application process.

There is no cap on the number of online/mobile sportsbooks in the state. Mobile books don’t have to be tethered to a retail facility, a very attractive feature of the state’s market.