A bill that would strip the TELC of its power over sports betting is making its way through the state legislature with lots of support. 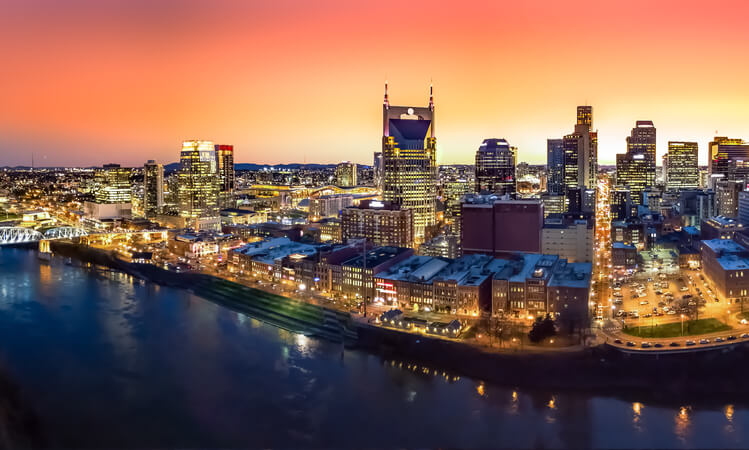 While the controversial legal and regulatory dispute over local sportsbook Tennessee Action 24/7 has commanded most of the attention recently around sports betting in Tennessee, a bill that would completely upend who runs the show is on the move, and it has big-time support.

Basically, the legislature is moving to take the authority currently vested in the Tennessee Education Lottery (TELC) to regulate sports wagering and exercise disciplinary measures, and shift it to the nine-member Sports Wagering Advisory Council, which is made up of three appointees apiece from the governor, Senate president, and House speaker.

And the developments appear at least somewhat related, with direction on a change of control coming from the top down.

“The bill was brought to me by the Lieutenant Governor [Randy McNally], so I would like to have a positive recommendation on this,” Sen. Ed Jackson said regarding his SB 0588 during a State and Local Government Committee hearing on Wednesday. The bill then sailed unanimously by a 9-0 vote in favor and now heads to the Senate calendar.

Also this week, TN Action 24/7 won another procedural battle in court as the TELC continues to fumble in its effort to discipline the sportsbook for alleged financial violations occurring on its platform. Revelations about widespread debit-card fraud and proxy betting  by out-of-staters led to a hasty meeting on March 19 that resulted in the sportsbook’s suspension and took it offline just before March Madness.

The TELC had planned to meet again this week for an administrative hearing to discuss the suspension, but Chancery Court Judge Patricia Head Moskal ruled that the court had “exclusive jurisdiction over Action 24/7’s appeal on judicial review.” Previously, Moskal granted the sportsbook’s motion for an emergency injunction after the suspension, allowing the sportsbook to go back online while the case proceeds.

“The Court appreciates that online sports wagering in Tennessee is a newly emerging business, the Act and Board Rules are newly implemented, and (TELC’s) compliance and supervisory responsibilities are newly undertaken,” Moskal wrote. “Nevertheless, the Court must enforce the provisions of the Act and Rules as written.”

But now the TELC’s compliance and supervisory responsibilities may soon be over after a long, two years since the legislature passed the Sports Gaming Act in 2019. The lottery officials took 18 months to promulgate rules, and now there’s the botched effort to follow the rules when issuing the license suspension.

Another sports wagering bill was recently moving on a parallel track, led by Rep. Darren Jernigan in the House and Sen. Richard Briggs, chairman of the State and Local Government Committee, until it was set aside last week. The bill sought to curb Action 24/7’s facilitation of sportsbook deposits and withdrawals at physical stores by partner company Advance Financial, a lender of high-risk short-term loans at up to 279.5%.

In January, the TELC granted Advance Financial a vendor registration to both give and take funds (though not necessarily at the same exact time). Susan Lanigan, chair of of the TELC’s three-person sports wagering board, found that while “it feels a little funny to me from a public policy perspective,” the law does not prohibit the type of “service” that Advance Financial is offering in connection with the sportsbook.

“There’s nothing like that with regard to sports betting,” she said. “There’s no limitation in the Sports Gaming Act of 2019, so nothing about this violates any part of the legislation.”

During a March 23 hearing about Sen. Briggs’ bill, he said, “This is the first sports betting organization in the U.S. that has had their license suspended [since the Supreme Court struck down the federal law banning sports wagering outside Nevada]. Really, it’s something that has turned very bad. We need to put tighter controls in. We’ve got to get better guardrails on this whole process, because it has led to something that isn’t good.”

A simple matter of having say

On Wednesday, Jackson explained that his bill would amend the Sports Gaming Act to give the Sports Wagering Advisory Council the “authority to promulgate rules and take disciplinary action,” in a shift that would put the TELC into the assisting and overall toothless role that the council has assumed to date. On the House side, freshman Rep. John Gillespie is taking the reins for the mirroring HB 1267.

All of the movement behind the effort is not necessarily related to the TN Action 24/7 developments or the protracted initial rule-making process. A similar bill saw consideration during the 2020 session, and Jackson first filed his bill this February, before fuller details about the underlying financial security issues on TN Action 24/7’s platform came to light.

Separate from all of the negative events to date, this may be a simple matter of the legislature wanting more direct control over who manages sports betting in the state. The legislature can pick council appointees; not so for the TELC, which gets its appointments from the governor.

On Wednesday, Briggs also emphasized that even more scrutiny may be ahead.

“I know that on the lottery board there have been some questions about the best structure to have on [regulation], and some members felt that it hasn’t worked real well,” Briggs said. “I’m supportive of this amendment, but I think at some point in the future we may need to look at a different structure on how we’re doing it, because there have been problems.

“We’re new to the sports gambling game, but it just seems like there’s been issues that have come up along several lines, and we may need to have another structure to look at this.”