Outside the SEC, a few mid-majors in Tennessee and Kentucky are thriving against the spread 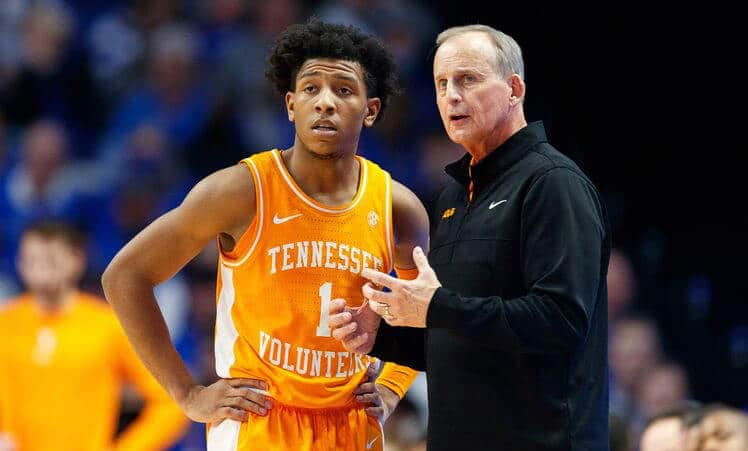 The University of Tennessee men’s basketball  team (11-5, 2-3 SEC) is below .500 in conference play and in need of a winning streak if it wants to make a run at the SEC regular-season title. The Volunteers hope that change of fortune begins Tuesday against in-state opponent Vanderbilt.

Vanderbilt (10-6, 2-2 SEC) likely sits outside the NCAA Tournament picture as of Tuesday, but the Commodores will have chances this week to bolster their at-large resume. Tuesday they have a chance to take down Tennessee and Saturday they play at Florida. Picking up at least one win could be crucial to the team’s chances of sticking around the postseason conversation.

Look for Vanderbilt to be an underdog in each contest, including Tuesday’s battle with the Vols. BetMGM, Caesars, DraftKings, FanDuel, TwinSpires, and WynnBET all have Tennessee as a 6.5-point favorite. As for the moneyline, Tennessee ranges anywhere from a -265 favorite at BetMGM to a -295 favorite at TwinSpires.

Vols defense looks to bounce back

For Tennessee, Tuesday’s matchup comes back to defense. Tennessee’s strength is undoubtedly the team’s defensive prowess – KenPom.com rates the Volunteers’ defense as the fifth-most efficient in college hoops – but the team struggled on that side of the ball in a 107-79 loss to Kentucky over the weekend. The Wildcats shot an astounding 67.9% from the floor and went an impressive 20-21 from the free-throw line.

Fortunately for Tennessee, Vanderbilt’s offense isn’t Kentucky’s. The Commodores tend to find the most success on the defensive end, and they operate at a slower tempo than most SEC programs. Vanderbilt struggles from beyond the 3-point line, making just over 31% of its 3-pointers, which places it in the bottom 100 of teams beyond the arc.

It’s a solid bounce-back spot for Tennessee’s defense, and oddsmakers expect a low-scoring battle. Most major Tennessee sportsbooks list the total at 134.5 points, although DraftKings and FanDuel have it a shade higher at 135. Vanderbilt’s last two games have gone under the point total, while Tennessee’s recent blowout loss to Kentucky went about 45 points over the total.

Given the relative strength of the SEC this year, the level of Power Five basketball in Tennessee and Kentucky has been solid, but it shouldn’t overshadow the recent success of local mid-majors. Middle Tennessee State is a respectable 11-6 on the season, and the Blue Raiders have posted a tremendous 12-2 record against the spread. And they’ve been a sure bet at home, going 8-0 overall and 6-0 ATS.

Belmont, a historically solid mid-major, is 14-4 overall this season and 11-6 ATS. The Bruins are 9-1 overall since the start of December, and their only loss came against Murray State. The Racers (15-2 overall) are one of the top teams in Kentucky and are an impressive 10-4 ATS this season.

Murray State is one heck of a college basketball program https://t.co/z4qJsIvbcK

Chattanooga has also looked the part of a potential NCAA Tournament team when fully healthy, winning 14 of its 18 games and posting a 9-7 ATS record. The Mocs secured a solid victory over Furman on Saturday, giving them five wins in their last six contests.