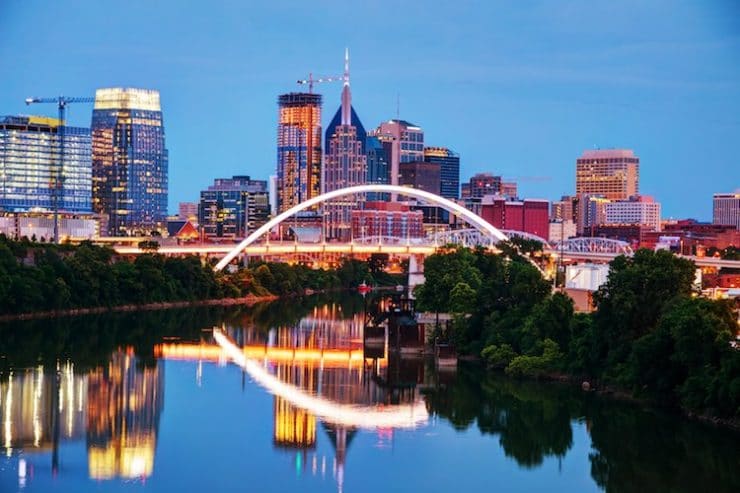 “As a preliminary matter, it is difficult to comment upon the Draft Rules, and ‘to advise the Board of best practices with respect to sports wagering’ without visibility into the business plan the Draft Rules are intended to support,” Lee writes in the first subsection titled “Business Plan.” He continues, “It is not unlike approving plans for construction of a vehicle without knowing whether the vehicle is intended to haul gravel or transport the family to school.”

Lee goes on to underscore other draft provisions of concern, including the overall transparency of the process and the proposed “Capped Payout,” of which Lee writes: “[It] seems arbitrarily drawn out of context with the sports gaming industry in America and is, therefore, worthy of vigorous discussion.”

Lee runs the office for the law firm Frost Brown Todd in Nashville, and is a well-known and well-regarded attorney and lobbyist with deep Tennessee roots. Former Tennessee House Speaker Glen Casada appointed Lee to the Council in August 2019.

For starters, Lee also apparently bucked the TELC’s request of Council members to submit comments by “filling out a section-by-section form on the Tennessee Education Lottery Corporation” website.

Rather, he submitted this letter addressed to Ms. Wanda Wilson, Esq., former Chief Operating Officer and General Counsel for the TELC and now a consultant, explaining his hope that “a longer narrative shared in the spirit of openness and complete transparency with all Council members will encourage deliberation and engagement at our next meeting to the benefit of TELC.”

The first matter Lee discusses in his letter concerns the TELC’s “Business Plan,” noting the varying models implemented in other states such as New Jersey (multiple online licensees) and New Hampshire (just one, DraftKings, selected by the state lottery), before explaining:

It is not for the Council to determine the business model. It is, however, for the Council to advise TELC with respect to all aspects of sports gaming, and we cannot do that well without a robust discussion of the Corporation’s intended business model. As Tennessee’s open records laws do not appear to apply to the licensee application and evaluation process—an unfortunate result, in my judgment—there is no other means by which the Council’s advice and counsel may be most closely tailored to TELC’s needs, and the public assured that sports gaming licenses have been issued, and applications evaluated, in accord with Tennesseans’ expectations for this new industry.

Those expectations from the legislature’s statute legalizing sports wagering seem to indicate a desire for a broad number of licensees — a model akin to New Jersey’s, not New Hampshire’s.  Lee ultimately notes that “the authorizing language of the Act is broad, and conveys the task of implementing sports gaming in Tennessee to TELC.”

Lee then goes on to discuss the implications of the “Capped Payout” appearing as item 15.1.11 in the draft regulations, which would require licensees to pay out to sports bettors a maximum of 85% of total bets received:

Draft Rule 15.1.11 will hurt players. Less money paid to players means smaller prize pools. Smaller prize pools means players will migrate to other states’ platforms or stay with unregulated offshore betting services. Because Tennessee’s sports gaming is mobile only, Tennessee operators cannot pair lodging, meals, and entertainment options with gaming opportunities, as at a casino. This means the handle is dependent on pure gaming only. This means the cap hurts Tennessee, and the scholarships, infrastructure, and mental health programs the Act intends to fund.

To illustrate the point, Lee includes a graphic showing figures from various states with active legal sports betting operations, indicating the total handle for the year and percentage of payout. In the most mature and successful markets — objectively based on handle size and also on general reputation — the percent paid out is roughly 7%.

On this Lee concludes:

As presently structured, however, the Draft Rules allow licensees to keep more money in profits than virtually every other state—and pay less to Tennesseans in winnings. While a low payout cap increases AGI, presumably increasing privilege tax revenue, the better way to increase revenue, as well as jobs and the success of the business, would be to grow the handle.

Other sports wagering rules of concern

Lee points to other provisions that may do damage to a successful Tennessee market, harming residents and the state as whole.

He flags proposed rules on advertisements, writing, “I have grave concerns about much of the content-based limitations on speech.”

Also there are issues around the structure for licensure, which has “serious implications under the Act,” including civil and criminal penalties. There’s the matter of  taxation for licensees, too. Lee also questions the wisdom of the draft rules urging consideration, for overall suitability for licensure, whether an applicant has been sued over its business practices, pointing to questions about meritless lawsuits.

Lee’s final point returns to transparency in the process and the possibility that the “public comments” on the regulations may not actually become available to the public at large.

I urge the Council and the TELC to engage in a robust and open  dialogue toward creation of the most transparent and citizen-friendly process for the rollout and regulation of this new industry. Citizen comments on the Draft Rules should be publicly available. Meetings of the Council should be open. Further, regardless of whether the Open Meetings laws technically apply to the Council, we should conduct ourselves as though they do. Tennesseans have a right to know who is commenting on these rules, and what they have to say (equally informative and important, perhaps, who is not commenting).

In an Nov. 22 article by the Associated Press, the AP writes that “[The TELC’s Wanda] Wilson said Tennessee has struggled without a blueprint as the first state with only mobile sports betting and wants to do it right. There’s no deadline for betting to start up.”

To that end, the TELC in early December hired Jennifer Roberts as Director of Sports Gaming Regulation. Roberts is a well-regarded gaming law attorney who spent more than a decade practicing in Nevada, while also serving as an adjunct professor UNLV’s William S. Boyd School of Law.

The next meeting of the nine-member Council is scheduled for Jan. 14 at the Tennessee Education Lottery Corporation Board Room.