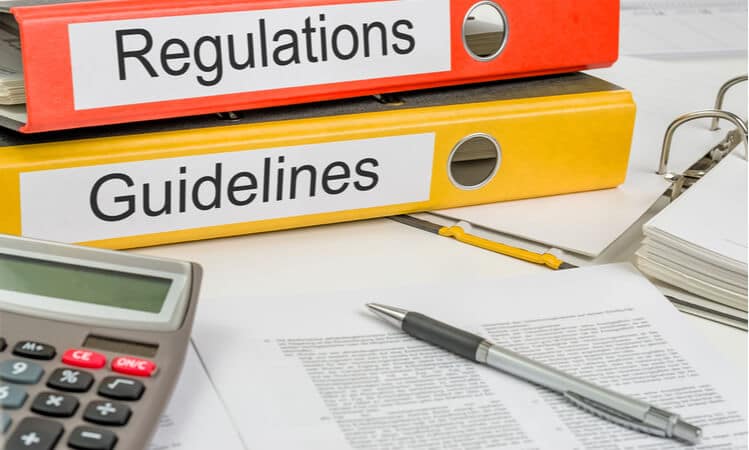 Sports betting regulators in Tennessee held a meeting over Zoom on Monday afternoon to continue moving the ball down the field to basically re-adopt regulations for the industry after a recent law change shifted oversight duties away from the state lottery.

Almost certainly the highlight of the meeting for the average sports bettor was with regard to the 10% required hold that sportsbooks must implement.

Currently, sportsbooks must meet at least 10% hold at the end of a 12-month period, but regulators are contemplating making this a quarterly requirement. Sportsbooks can hold less than 10% of bets for a single month, but they’d have to make it up with higher hold in a subsequent month. In June, the seven online sportsbooks held an average of 10.5% of the handle in the form of winnings off bettors, the highest monthly mark yet since the industry kicked off in November.

Sportsbooks would be fined if they fail to meet 10%, but no fines have yet been issued for any operator.

The seemingly likely move to go quarterly on this regulation is aimed to strengthen the 10% hold requirement as well as solve the issue of sportsbooks launching at different times. More sportsbook launches are in the pipeline, though it’s unclear which ones are forthcoming ahead of the NFL season.

“It would frankly put some more meaning on this rule,” said regulator Tom Lee, who was spearheading the meeting. “At one stage everyone on the advisory council voted against it, but here we are. This is the rule. It would eliminate some of that awkward timing.”

Lee admitted that the industry probably won’t be a huge fan of the change. Sports betting companies will get a chance to offer feedback before changes are adopted.

Fines would go up, but still relatively low

Under the plan to go quarterly on enforcing the 10% hold, sportsbooks could be looking at a fine up to $100,000. It’s unclear if that would be $25,000 per quarter, or if being in violation for any one quarter would result in a $100,000 fine regardless of whether the other quarters were in compliance.

Under the Sports Gaming Act, the state can’t fine an operator more than $25,000 for a regulatory violation. Lee said the potential for a six-figure fine would make the payout cap “more meaningful.”

In the eyes of sports bettors who are price sensitive, especially the so-called sharps who look to make some sort of income from betting on sports, the payout cap is controversial because it can mean less attractive prices on some betting markets compared to other states without the requirement. Sportsbooks typically hold 5-7% of the handle. New Jersey is at 6.9% since it began regulating sports betting several years ago.

According to Lee, a $25,000 fine for a violation over a 12-month period could make it so sportsbooks wouldn’t have much incentive to follow the rule. The thinking is that $25,000 could be “just a cost of doing business,” Lee said. Sportsbooks pay $750,000 annually for a license to offer gambling over the internet in the state, in addition to a 20% tax on adjusted revenue.

Regulators will meet again on Aug. 24.