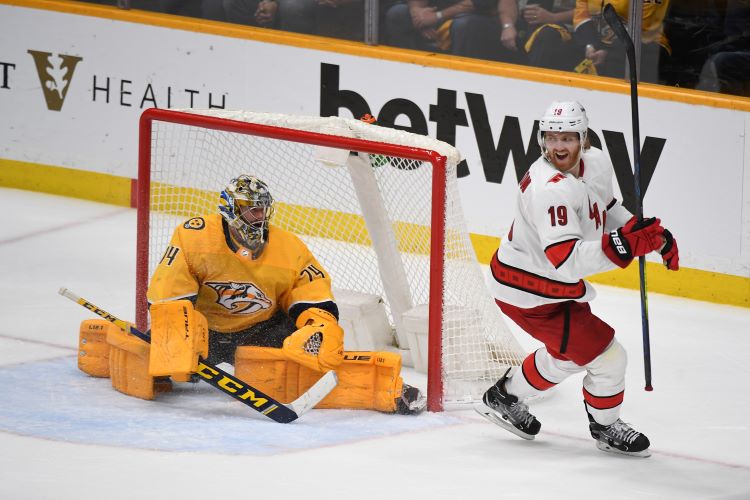 On draft night, however, the Seattle Kraken refused to take the bait, opting to pass on the expensive forwards. Duchene, 30, has five years remaining on a seven-year, $56 million contract he signed in 2019. Johansen, a one-time NHL All-Star, has four years left on an eight-year, $64 million deal he inked in 2017. Instead, the Kraken selected forward Calle Jarnkrok, who led Nashville with 13 goals in the abbreviated regular season. Jarnkrok, 30, carries a cap hit of only $2 million for the upcoming season.

On Friday, the Predators took steps to replace Jarnkrok with the selection of two forwards in the first round of the NHL Entry Draft. The Predators took Russia forward Fedor Svechkov with the 19th overall pick and Canadian forward Zachary L’Heureux eight picks later following a trade with the Carolina Hurricanes.

It marked the first time Nashville made two selections in the opening round since 2008.

“It’s always good to get the guys that you wanted to get,” Poile told NHL.com. “We had these guys both rated a lot lower than where we were able to pick them up.”

After the opening-round picks, the Preds shored up the blue line with their next three selections. In the third round, Nashville selected Anton Olsson, a defenseman from Malmö of the Swedish Hockey League. The Preds followed by drafting Ryan Ufko with the No. 115 overall pick in the fourth round. Ufko, a defenseman with the USHL’s Chicago Steel, is taking part in USA Hockey’s World Junior Summer Showcase, before enrolling in UMass-Amherst this fall.

Then, with their second pick of the fourth round, the Predators again opted for a defenseman with the selection of Jack Matier from Ottawa 67 of the Ontario Hockey League. At 6-foot-4, Matier provides size for Nashville on the blue line. Matier won a gold medal this past spring as a member of Canada’s 2021 World U-18 Championship team.

After a day to process…what grade do you give the #Preds draft class this year?
Comment favorite selection and why.

“We were very pleased with the way this year’s draft went,” Predators Assistant General Manager/Director of Scouting Jeff Kealty said. “Before the draft we tried to implement a strategy and go into it with that in mind, and we felt we did that. We’re very excited about everyone we picked.”

While Nashville is expected to re-sign goaltender Juuse Saros, the Preds are in search for a backup after Pekka Rinne announced his retirement earlier this month. Rinne owns franchise records in wins, saves, and shutouts among several other categories.

Beyond the two drafts, the Preds acquired defenseman Philippe Myers and forward Nolan Patrick from the Philadelphia Flyers for defenseman Ryan Ellis. The Preds subsequently traded Patrick to the Vegas Golden Knights for forward Cody Glass. Nashville also traded forward Viktor Arvidsson to the Los Angeles Kings in July for a 2021 second-round pick and a third-round pick in 2022.

No movement on futures market

Despite the litany of offseason moves, the sportsbook odds on the Predators to win the 2022 Stanley Cup have remained relatively unchanged. Prior to the expansion draft, Nashville had odds of 40/1 at DraftKings to win Lord Stanley’s Cup next June. Sports bettors saw relatively little movement in the futures odds following both drafts, as the Preds remained at 40/1 as of July 27. Entering August, approximately half of the teams in the NHL have better odds to win the Cup.

The odds are less favorable at BetMGM, where Nashville is 35/1 to win the Cup. The Preds also have odds of 48/1 at FanDuel, just ahead of the Kraken at 50/1.

The Predators have been on a downward trajectory since earning a spot in the 2017 Stanley Cup Finals. A year later, the Preds advanced to the second round of the Stanley Cup Playoffs but were eliminated by the Winnipeg Jets in seven games. The Preds have failed to win a playoff series in each of the last three seasons.