It's only a few percentage points, but they're crucial to the way bookmakers do business. 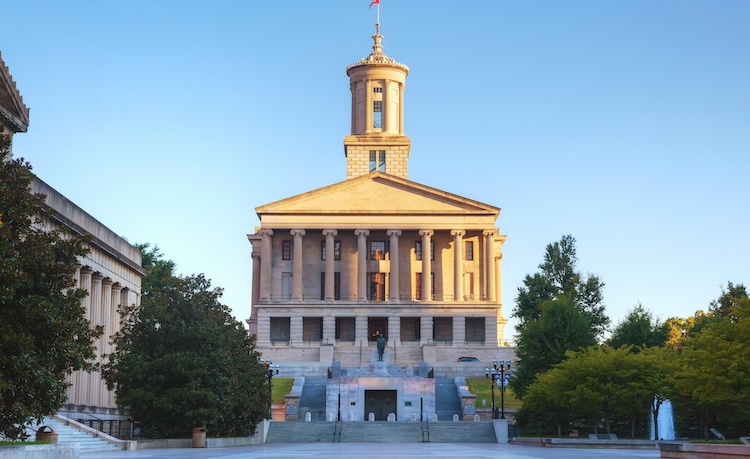 This story has been updated to reflect a new meeting date and with comment from Lt. Governor Randy McNally.

While the COVID-19 health crisis has frozen the sports and sports betting worlds, in Tennessee there remains a tug-of-war over one key, controversial provision in the yet-to-be-finalized legal sports betting regulations. It’s the clause concerning a mandatory sportsbook operator “payout cap,” which would require that a sportsbook licensee keep or hold a minimum percentage of the betting handle.

Multiple sources speaking on the condition of anonymity told TN Bets that what appeared a settled issue in March is actually continuing to move in another direction, behind the might of Tennessee Education Lottery Corporation (TELC) CEO Rebecca Hargrove, who is aligned with Lt. Governor Randy McNally in a desire to move the cap from 95% to 92% or even 90%.

“It’s a shot in the dark as to the cap but I think the 90% cap is fair, and I think once you set a cap, unfortunately you can’t lower it, but you can raise it. I think 90% would be a good beginning,” McNally told TN Bets in a call on Thursday.

The first batch of sports betting rules and regulations unveiled in November contained a provision that would prohibit operators from paying out to sports bettors more than 85% of all bets taken — or a minimum hold percentage of 15%. While sportsbooks are in the business of making money, the provision was met with revulsion and skepticism in scores of public comments, because such a fixed requirement does not exist in any U.S. jurisdiction with legal sports betting, and it’s viewed by opponents as unnecessary and simply antithetical to the business of betting.

As they see it, a predetermined percentage may work for fixed matrix lottery games, but not for sports betting, which operates in the realm of the unpredictable. Tennessee’s Sports Gaming Act requires operators to pay a $750,000 annual fee, 20% tax to the state on gross revenue — among the highest such tax rates in the country — and on top of it the regulations may also dictate the price of the product itself. If that price is too heavy-handed, or stipulated at all, some may find it untenable and decide not to do business in the Volunteer State.

Sources were unclear on whether the TELC board might ultimately land on 90%, 92% or 95%, while McNally said that 90% is “fair and equitable to the state as well as other people involved [in sports betting].”

History of the controversial payout cap

The initial backlash came in December and January when the comment period was extended. Then in February, it seemed that stakeholders had agreed to “compromise” with a cap at 92%.

Most recently on March 10 in Nashville at the meeting of the TELC and its nine-member Sports Wagering Advisory Council, it appeared that all sides had settled on 95%, meaning that sportsbooks could pay back to patrons no more than 95%, or must keep at least 5%, which is commensurate with what most sportsbooks keep in the absence of any proscribed number.

But a fresh set of proposed regulations have not yet emerged following that meeting. McNally said on Thursday that he believes the TELC is in the process of finalizing those regulations.

The TELC did not respond to requests for comment.

Obviously, the TELC and the state legislature are operating under unusual circumstances. The legislature will recess at least two months after the upcoming weekend, and until then all business is limited to passing a budget and any associated actions.

The legislature will go on recess, but not adjourn, meaning there’s a possibility for lawmakers to later revisit HB 2844, an active bill that would basically flip sports betting regulatory authority from the TELC to the appointed Sports Wagering Advisory Council. It was placed on a subcommittee calendar in early March, but the meeting was canceled on March 17.

Sports wagering officially became legal in Tennessee on July 1, 2019, and regulations have been underway since that time. Sources said that certain members of the legislature are frustrated that the TELC’s process has taken so long. It was not expected to be so laborious or drawn out.

At the last meeting on March 10, most other matters and disputed provisions appeared to get ironed out.

On Thursday morning the next TELC board meeting was scheduled to take place electronically on April 15 at 2 p.m., CT.  The agenda includes, “Adoption of the Sports Gaming Rules, Regulations & Standards.”

Amid the coronavirus pandemic, there is also not yet certainty that the college and NFL seasons will begin in late August and September, which at this point seems a reasonable goal for legal sports betting’s debut in Tennessee. Until then, this small but meaningful game of tug-of-war continues.