Oddsmakers Agree: Vols and Vandy Both Deserve To Be Big Underdogs This Week

UT suffered a black eye in late loss to Ole Miss, and a trip to Tuscaloosa hardly seems the remedy 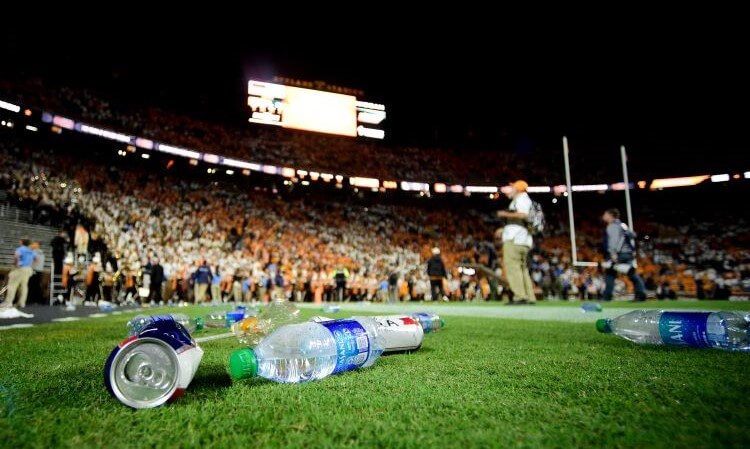 The Tennessee Volunteers and Vanderbilt Commodores have a lot in common this week: Both are coming off of tough, late losses and both are big underdogs for their games Saturday.

Tennessee travels to Tuscaloosa to play 4th-ranked Alabama, a team it has not beaten in the entirety of Nick Saban’s coaching tenure there. Meanwhile, Vanderbilt hosts Mississippi State, which coincidentally was thrashed by Alabama 49-9 on Saturday. Yet the Bulldogs are heavily favored to continue a Vandy losing streak in the SEC that stretches back two years now.

While wins for the local teams are thus unexpected, the legal online Tennessee sportsbooks offer point spreads and other options that might hold sports bettors‘ interest to the end even if the games are as lopsided as anticipated.

Losing streak against ‘Bama stands at 14

Things turned ugly at Neyland Stadium for the Vols (4-3, 2-2 SEC) Saturday night when fans unhappy with the officiating threw all kinds of debris onto the field and delayed completion of what ultimately became a 31-26 loss to Mississippi.

The oddsmakers evidently see it as unlikely that the game against Alabama (6-1, 3-1) will hinge on any referee’s decision. As of Thursday morning, they made the Crimson Tide a 24.5-point to 25.5-point favorite. TwinSpires offers that latter option as the best resource to use for a Tennessee backer.

FanDuel and BetMGM are both offering a +1300 moneyline return for a Tennessee victory, should there be optimists willing to venture funds on that outcome. The over/under points total for a game between two high-scoring teams ranges from 66.5 at FanDuel to 67.5 at DraftKings and TwinSpires.

One problem for coach Josh Heupel’s up-tempo offense is it’s unaccustomed to defenses as stalwart as Alabama’s, and another is it’s questionable whether Tennessee quarterback Hendon Hooker will have recovered from an ankle injury sustained late against Mississippi, and be able to play. Joe Milton, who would replace him, has not had the same success running the offense.

The Vols defense, meanwhile, has to face its second straight Heisman Trophy contender in Bryce Young (+180 at DraftKings), who leads an offense that has averaged nearly 550 yards over the last four games.

The Crimson Tide did lose unexpectedly to Texas A&M two weeks ago, but beating Mississippi State by 40 points the following week seemed a sign that the loss only gave them extra motivation for the rest of the year. In a longtime rivalry that has turned very one-sided, Alabama has  beaten Tennessee by an average margin of 33.4 points the last five years and not lost to the Vols since 2006.

Vanderbilt (2-5, 0-3) seemed very much prepared to end its long SEC losing streak despite underdog status against South Carolina, but the game slipped away in the final minute in a 21-20 loss.

Now the Commodores are an even bigger underdog — 20.5 points as of Thursday morning — against visiting Mississippi State (3-3, 1-2), which has a win over Texas A&M on its resume.

On the moneyline, BetMGM is offering a +900 payoff for a Vandy upset. The over/under on points was split between 51 at some sites (DraftKings, TwinSpires) and 51.5 at others (Caesars, FanDuel, BetMGM).

The Commodores lost in Starkville last year, 24-17, in what was the first start of Mississippi State QB Will Rogers’ career.