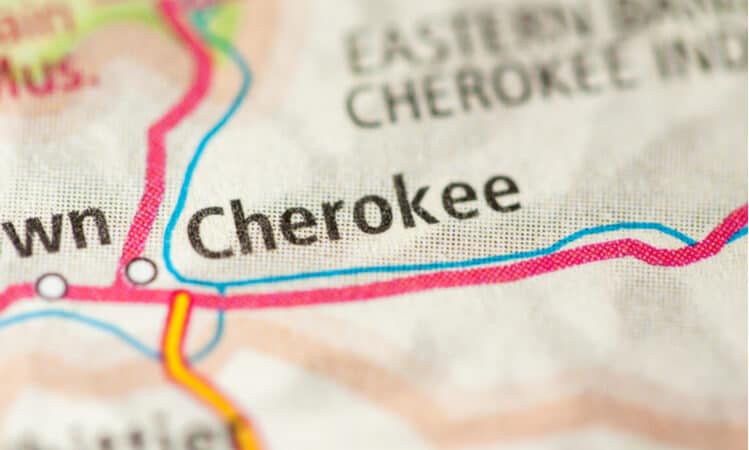 Retail sports wagering will soon be coming to North Carolina not far from its border with Tennessee.

The Harrah’s Cherokee Casino Resort has finally seen the ball get rolling again on its plans for a retail sportsbook, according to a report from The Smoky Mountain News. The book received preliminary approval through legislation passed in mid-2019, so the Eastern Band of Cherokee Indians has had to wait quite a long time to have sports wagering — and there’s still more waiting.

The Tribal Council on Thursday reportedly approved an amended gaming compact with the state of North Carolina that allows it to have sports betting at both the casino in Cherokee and a sister property, Harrah’s Cherokee Valley River Casino to the south in Murphy. However, the tribe’s online/mobile sports betting will reportedly be restricted by geo-fencing to its own land, a small improvement over just a retail book but far from the lucrative opportunity of being able to offer the product statewide.

The Eastern Band of Cherokee Indians originally anticipated having sports betting in the late fall of 2019.

Caesars Entertainment operates the casinos on behalf of the tribe.

The tribe reportedly delivered a proposed amendment to the gaming compact in October 2019. Gov. Roy Cooper had 180 days, under the law, to make a decision on it. The deadline fell within the height of the spring COVID-19 surge, when casinos across the U.S. had closed and the sports world was stuck in limbo.

Regardless, the tribe wasn’t happy with the delay. It won’t be able to have betting this NFL season.

“I had a very candid conversation with the governor about [the] fact that this was only supposed to take 180 days,” Principal Chief Richard Sneed reportedly told the council during last week’s meeting. “I don’t think he was very happy with my comments, but that’s just too bad. I feel like we were just kind of strung along with this for a year, and there was really no need for it. But thankfully it’s done.”

The Smoky Mountain News reported that its attempts to get an explanation from the state have failed.

Under the new deal with the state, the tribe will contribute $191,000 annually to “help defray any problem gaming or state costs involved” with sports wagering.

There are still additional hurdles left to clear. As tribal gambling is regulated by the federal government, the amended compact needs approval from the Department of the Interior’s Bureau of Indian Affairs.

The tribe is eyeing all the paperwork to be finished in time for the casinos to have retail betting by March.

The sports wagering market in neighboring Tennessee kicked off on Nov. 1. There are only online/mobile platforms in the state, as the Tennessee sports gambling law that passed in 2019 didn’t allow for any retail facilities. Tennessee has no casinos or racinos.

North Carolina will be the fourth state that borders Tennessee to either have legalized or launched some form of sports wagering. Only Virginia out of that group (Arkansas and Mississippi being the other two) has legalized online/mobile sportsbooks.

With no retail sportsbooks in the state, some bettors in eastern Tennessee may be inclined to travel to North Carolina for the retail sportsbook experience. The Eastern Band of Cherokee Indians could try to lure those gamblers next year during March Madness, if there is one. Both of its casinos are near the border with the Volunteer State.

The tribe’s retail book in Murphy also might be a hot spot for bettors in Atlanta, with the major city only about two hours south via car ride.