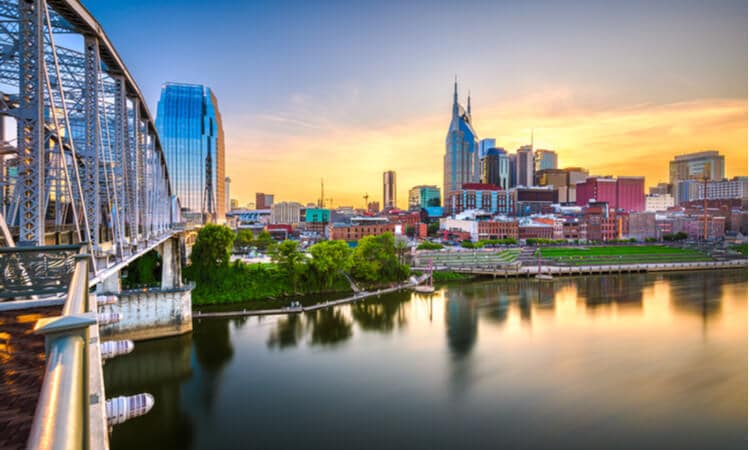 Nashville could be a destination for a Major League Baseball franchise in the coming years, and one group is stressing how desirable the market will increasingly become.

According to Music City Baseball, Nashville is expected to have the sixth-highest population growth in the country over the next two decades. Obviously a lot can change in 20 years, but it may be enough to lure an expansion team to the city or convince an existing franchise to relocate.

Music City Baseball — formed in 2019, the same year Tennessee legalized sports betting — said in a short press release Thursday that the Nashville area would be most attractive because of the younger demographic. According to the group, Nashville “would be in the top 10 of the youngest fan bases among MLB teams.”

“And we would be in the top half of MLB markets when it comes to disposable income,” the group added.

According to 2020 U.S. Census figures, Tennessee had 8.9% population growth over the past decade, well within the top half of states but behind Georgia, which had 10.6% growth.

It’s still the early days of major pro sports leagues embracing legal and regulated sports betting. If what Music City Baseball says is correct about the youthfulness of the potential fan base, that would boost the benefits and allure of sports wagering with regards to an expansion team.

Sports bettors tend to be younger

Sports betting, though popular among all groups of legal age to gamble, tends to skew younger. The gaming industry has found that while about 31% of the general population is under 35 years old, about 45% of sports bettors are. And states with both retail and online betting are collecting 90% of their handle through the latter, digital option.

Online/mobile gambling is all that Tennessee has, and that’s unlikely to change anytime soon — though it’s possible additional legislation is pitched in the future to allow some retail wagering component. If that happens, sports stadiums could be prime spots for in-person betting. Tennessee doesn’t have any casinos, so that could simplify a potential legislative effort for retail wagering.

Perhaps an MLB team for Nashville would be contingent on the franchise getting a betting license.

“You have a great formula for success,” the group said without mentioning sports betting specifically.

Several years ago, The New York Times, using Facebook data, created a map of the borders of MLB fan bases. It shows clearly that Nashville sits in an untapped area that would be a prime location for a team. There would still be plenty of Atlanta Braves fans in the Nashville area, but people could root for two teams, especially when there’s sports betting to put the proverbial “skin in the game.”