Memphis Slight Underdog Against No. 6 Alabama Despite Recent Woes

Alabama recently defeated Gonzaga and Houston, but it's only a slight favorite against Memphis 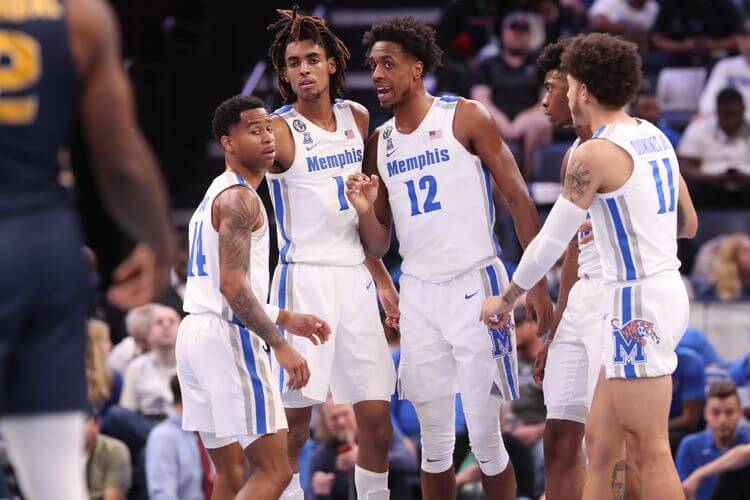 The University of Memphis men’s basketball team opened the season 5-0, comfortably taking down Saint Louis and Virginia Tech in the process. A few weeks later, Memphis’ head coach, Penny Hardaway, compared his group to a bunch of high schoolers.

“We look like an AAU team,” Hardaway told the media. “It looks really bad, and I don’t really understand what these guys are thinking.”

After their hot start, the Tigers have lost four games in a row. Iowa State blew out Memphis by 19 points. The last three losses, which came to Georgia, Ole Miss, and Murray State, were more competitive, but still disheartening.

Will Memphis basketball ever live up to the hype? https://t.co/auXcd4S8lA

The path forward doesn’t get any easier, as Memphis (5-4) faces No. 6 Alabama (8-1) — which knocked off No. 5 Gonzaga and No. 14 Houston in its two most recent games — on Tuesday night at 8 p.m. CT on ESPN. Despite Alabama’s recent success, the Crimson Tide aren’t an overwhelming favorite against a scuffling Memphis squad. The Tigers are 3-point underdogs at TwinSpires and 3.5-point underdogs on BetMGM, DraftKings, and WynnBET. Caesars and FanDuel list Memphis as a 4-point underdog. Memphis has lost four consecutive games against the spread, while Alabama is 3-1 ATS in its last four games.

On Saturday, the Tigers play No. 18 Tennessee, another quality foe. If Memphis doesn’t fix its recent problems quickly, the Tigers could drop below .500.

Tuesday night’s matchup is arguably the game of the day, and each side boasts NBA talent. For Memphis, Jalen Duren and Emoni Bates are considered two of the best draft prospects at the collegiate level. Duren, a force in the frontcourt, is draft eligible this year, while barring a rule change, the 17-year-old Bates won’t be eligible for the draft until 2023.

Bates, an athletic wing, leads the Tigers in scoring at 11.2 points per game. His efficiency leaves something to be desired, as he’s shooting just 38.8% from the floor. Duren has been more efficient offensively, scoring 10.4 points on 65.5% shooting. He’s also averaging 7.8 rebounds and 3 blocks per game. Senior forward Deandre Williams, while less of an NBA prospect, has also given Memphis quality minutes.

For those willing to bet on the team’s raw talent figuring things out, Memphis’ moneyline ranges anywhere from +128 to +150 at various Tennessee sportsbooks. TwinSpires lists Memphis at +128 and FanDuel has +142, while BetMGM and WynnBET offer +145 and Caesars and DraftKings list Memphis at +150.

For Alabama, freshman guard JD Davison is currently the team’s top NBA prospect. He’s a projected first-round talent, and senior shooting guard Keon Ellis is also highly regarded by scouts. Jahvon Quinerly, another guard, figures to hear his name called in the draft as well. According to KenPom, Alabama’s offense is the eighth-most efficient in college basketball.

The total for the game is 154.5 on FanDuel and WynnBET. Caesars, DraftKings, and TwinSpires have 155, while BetMGM lists the total a little higher at 155.5.

Also in Tennessee, the Volunteers (7-2) are gearing up for an important stretch. They’re a massive favorite Tuesday against USC Upstate – most sportsbooks have the Volunteers as 35.5-point favorites – but the rest of December won’t be a cakewalk.

Tennessee and Memphis square off Saturday at Bridgestone Arena in Nashville. As of Tuesday, KenPom was projecting a 6-point Tennessee win, suggesting the Volunteers could be close to 6-point favorites. Memphis’ showing against Alabama will certainly factor into that upcoming spread.

The Volunteers face No. 8 Arizona (Dec. 22) and No. 6 Alabama (Dec. 29) to wrap up the calendar year. The game against Arizona is at home, while the SEC opener against Alabama is in Tuscaloosa. Tennessee recently dropped an overtime game to Texas Tech, as the Volunteers haven’t played their best against elite competition this season.

As for nearby basketball powers Kentucky (7-2) and Louisville (6-3), both squads hope to bounce back after defeats. No. 21 Kentucky fell to Notre Dame 66-62 on Saturday, while Louisville suffered a 7-point home loss to DePaul.

This is college basketball.

Kentucky faces No. 15 Ohio State on Saturday in Las Vegas, where KenPom gives Ohio State (8-2) the one-point edge in what should be a competitive game. Louisville should have an easier path to a bounce-back win. The Cardinals face Southeastern Louisiana on Tuesday at 5 p.m. CT. They’re 23.5-point favorites at most sportsbooks, although DraftKings has the Cardinals as 23-point faves.

Chris Mack and Louisville face Western Kentucky on the road Saturday before next Wednesday’s highly anticipated showdown against Kentucky.