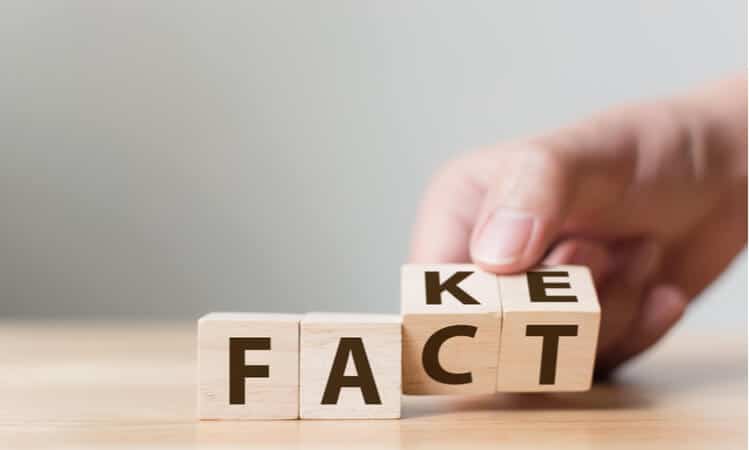 A lottery technology firm is telling the state of Ohio that it should look very closely at the sports betting market in Tennessee when crafting its legislation, but many of its comments aren’t accurate.

At last week’s hearing in front of the Ohio Senate Select Committee on Gaming, Tara Jones, director of government relations for Intralot, which powers the Ohio Lottery, told policymakers that large parts of the Tennessee model should be implemented in the Buckeye State.

“One recent example of a different way to examine the previous models is to look at how Tennessee is structured,” she said in testimony. “I am not here to say Tennessee got everything right, but I am here to say that what they came up with is worthy of your time and consideration.”

Jones highlighted Tennessee’s 20% tax rate on adjusted gross income and a regulation mandating a minimum 10% hold by an operator in aggregate over the course of a 12-month period. Tennessee’s “capped payout” requirement was the first of its kind in the U.S. Sportsbooks typically hold 5-7% of the handle in the form of revenue. The 10% minimum in Tennessee was tinkered with extensively during the process of crafting the regulations, with a 15% hold originally floated.

Intralot claims “no one” is moving from offshore to regulated market

“Tennessee decided to get the most out of their charged tax by fixing their hold,” Jones said. “Consequently, by taking this approach, the state understands that this is no longer about curing illegal play because no one is changing their offshore accounts to do business with state sportsbooks. The TN model shows us that primarily, those playing, are those that want to do so for fun. The players going offshore, for the most part, are going to continue to do so.”

Those comments go against recent research from the American Gaming Association. While the AGA found that illegal offshore operators saw a 3% increase in spending in states with legal sports betting, those gains are far outpaced by the sustained growth of the legal market.

“Bettors overwhelmingly prefer legal operators, with 74% saying it is important to only bet through legal providers,” the AGA said. “Despite this, 52% of sports bettors participated in the illegal market in 2019. The study found that illegal sports betting is driven largely by confusion about online operators. More than half (55%) of consumers who placed most of their wagers with illegal operators believed they bet legally.”

The slow pace of consumer awareness is not surprising. Regulated mobile sportsbooks outside of Nevada, which long had a U.S. monopoly, are less than three years old, so it’s still the very early days of legal sports betting in the U.S. It takes time for people to shift from offshore unregulated books to regulated ones. Tennessee kicked off sports betting on Nov. 1, 2020, so its market is still super young.

As for the motivation behind the Tennessee Lottery putting a capped payout in place, regulators said it was done primarily for the purpose of maintaining a competitive market among rival bookmakers, rather than trying to maximize the state’s take. The capped payout came through the regulations, rather than from the 2019 Sports Gaming Act, which put in place the structure for the industry and revenue from it.

OH and TN are apples to oranges

“The 20% on all GGR that at the beginning was said to be too high a number to make for a profitable industry is now no longer an issue,” Jones said of the tax rate. “In fact, that percentage has done nothing by way of holding back a flourishing industry for sports gaming in Tennessee.”

A big part of the reason why operators in Tennessee have no problems with the 20% tax and a $750,000 annual licensing fee is that they don’t have to enter into commercial partnership with a brick-and-mortar casino, as they would likely have to do in Ohio. Those deals are expensive. It’s very hard to compare a gaming market like Ohio’s with the one in Tennessee, which has no casinos or racetracks of any kind.

“By looking at the success in Tennessee, it proves to other states the need to set mandates and have higher tax rates on operators,” Jones said. “Tennessee however should have taken more for itself in terms of state tax and it should have included retailers, who have suffered from the COVID pandemic. We expect Tennessee and other states, to cure these oversites [sic] at some point in the future.”

That’s a misreading of the 2019 legislative process in Tennessee, where a retail component for sports betting was said to be off the table if policymakers wanted to avoid a veto from Gov. Bill Lee. The governor indicated he doesn’t want any additional expansion of sports betting during his tenure. It’s unclear if Tennessee will ever move to give lottery retail locations an opportunity to offer a sports betting product. That seems unlikely anytime soon, and it would be fought tooth and nail by the existing sportsbooks.

As for lottery retailers in Tennessee suffering during the pandemic: According to an annual report, the final quarter of the 2019-20 fiscal year last April-June was a record-breaking quarter for lottery revenue. Tennessee’s lottery has done well during COVID.