The Memphis Grizzlies look to expand their reach into the Tennessee sports betting market by way of their recent partnership with online titan FanDuel. 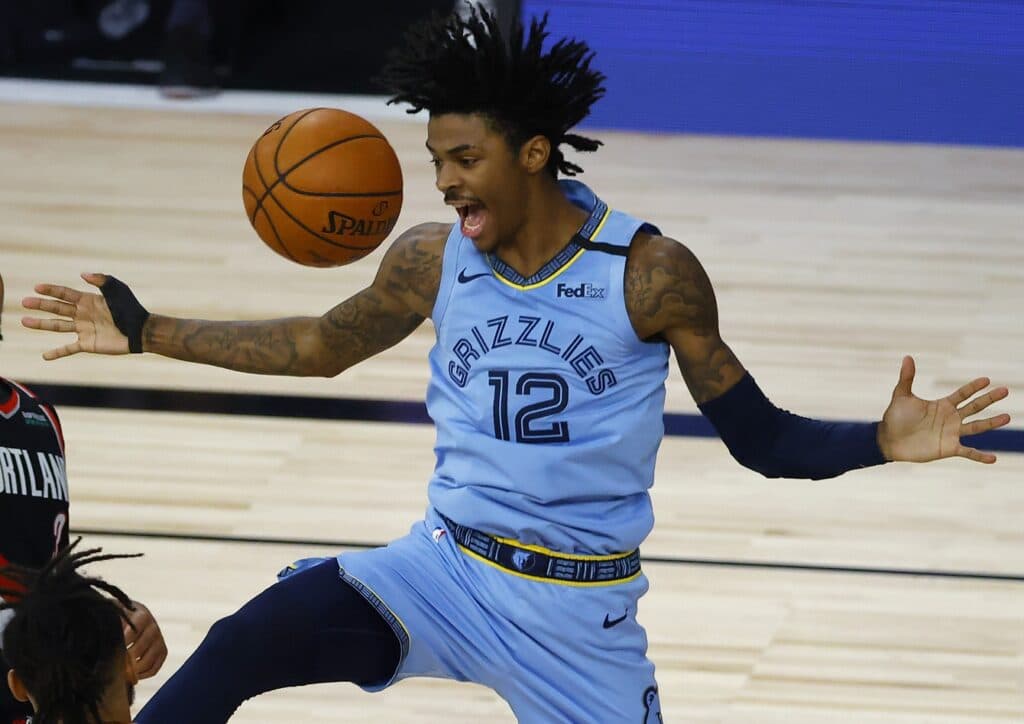 In a state with no casinos, and by extension no retail sportsbooks, branding takes on a different and potentially heightened importance. That is why FanDuel’s agreement last week to become the official sportsbook partner of the Memphis Grizzlies is a notable one for both parties.

For the former, it is FanDuel’s first such agreement with an NBA team and deepened its ties to the NBA following an agreement last month to be the official sportsbook partner for Turner Sports programming. For the Grizzlies, they are keeping pace with other teams in a league that was the first to publicly embrace sports betting, dating to NBA Commissioner Adam Silver’s op-ed in The New York Times in November 2014.

A new market and a new partnership brings new ideas and new potential — areas the Grizzlies and FanDuel will try to make the most of in the Volunteer State.

Reunited and it feels so good

“We had a previous relationship with FanDuel as a daily fantasy sports partner from four or five years back,” Grizzlies Vice President of Partnership Marketing Anthony L. Macri told TN Bets. “We mutually parted as they geared up for sports betting, and once that became legal (in 2018 with the U.S. Supreme Court striking down PASPA), we picked up and kept that process on a low simmer for a while.

“It was on that low simmer, around late January, and other operators in Tennessee expected we’ll be live for football season. That simmer turned into a boil and we met with operators in Chicago during the NBA All-Star break, including FanDuel, and conversations became real in terms of a timeline. It was an exciting time for us.”

Macri pointed out the previous relationship created a strong comfort level between the two sides, noting FanDuel “does things the right way” and “their commitment to the fan experience was important to us.” He explained that the exclusivity deal on the daily fantasy sports side came about because DFS is “not as fragmented as sports betting,” and both sides were not as concerned when it came to being exclusive partners in sports betting.

The challenges of remote-only sports betting

The Tennessee mobile sports betting market is expected to feature four sportsbooks when it launches this fall. @brianpempus on the synchronized debuts of BetMGM, DraftKings, FanDuel, and Tennessee Action 24/7 in the state: https://t.co/Z0XYqM4vBj pic.twitter.com/iSzsDHe448

Tennessee can be considered one of the great experiments of sports betting since it is the first state in the country to have exclusively mobile and online wagering. Grizzlies fans cannot walk into the FanDuel Sportsbook on Beale Street to make a wager because no such operation exists. Take that one step further with the COVID-19 pandemic, and Macri does not know what kind of crowd capacity limits — if any — will be in place should the 2020-21 NBA season begin on time Dec. 22.

That is where the portion of the agreement that allows FanDuel to use the team’s marks and logos comes into play, as well as having access to signage at FedExForum and across radio, TV, and digital broadcasting rights. Macri’s role is to help facilitate the fans having access to that branding, and he is excited by the challenge.

“Everything is done from their seat at home while watching TV, watching from their seat at FedEx. There’s no barrier,” said Macri, who is an ardent backer of remote sports betting. “There are interesting dynamics from marketing perspective. It’s less tangible in the sense you don’t see [a sportsbook]  on a street corner. We have to condition and help change behavior for downloading the app, doing registration.”

Macri acknowledged the unique environment resulting from the pandemic and the potential bumpiness it could create going forward, admitting “it’s not particularly easy.” Depending on the capacity limits, he stressed, “We’ve got to make sure we’re in front of fans who don’t rely on the live event experience. How can we improve and extend that broadcast reach? How can we engage further through social and digital channels?

“That’s where sports betting plays because it’s local. We want to be thoughtful and creative, to influence a behavior to say, ‘Let me check out FanDuel because they’re a partner; what do they offer me as a fan of the Grizzlies?'”

We miss the greatest fans in the league.

We do it for y’all. pic.twitter.com/H4sj72nFgL

Memphis is a basketball city with a storied tradition extending beyond the pro game — the Grizzlies have been there since 2001 — to the college and prep ranks. Though Penny Hardaway never played for the Grizzlies, he is an icon in Memphis as a prep star, former University of Memphis player, NBA All-Star, and now coach at his alma mater.

Basketball runs deep in “Grind City,” with the fan base solidifying during the Grizzlies’ run to the 2013 Western Conference finals, and Macri is eager to tap into that emotion and support to enhance the team’s partnership with FanDuel.

“We know that more than half the market in terms of adults are fans of the Grizzlies. It’s among the strongest percentage fan bases in the NBA,” he said. “We can speak and communicate with Memphians. It’s very diverse from a demographic standpoint — we have one of the higher female fan bases in the NBA.

“What we’ve tried to do, and it will take some time to hit the right exact way, but we’ve set up a channel that provides FanDuel with the widest access to the fan base. They focus on the broadcast as being the core. In the end, by focusing and enhancing the broadcast, with more bettor information and more features, they’ll be responsive. For FanDuel, they know what FanDuel is offering. Since the fans care about us, our hope is that will translate into them choosing FanDuel with their choice of sportsbooks.”