Grizzlies Season Coming To A Close, But Team Gave Nascent Sportsbooks A Win 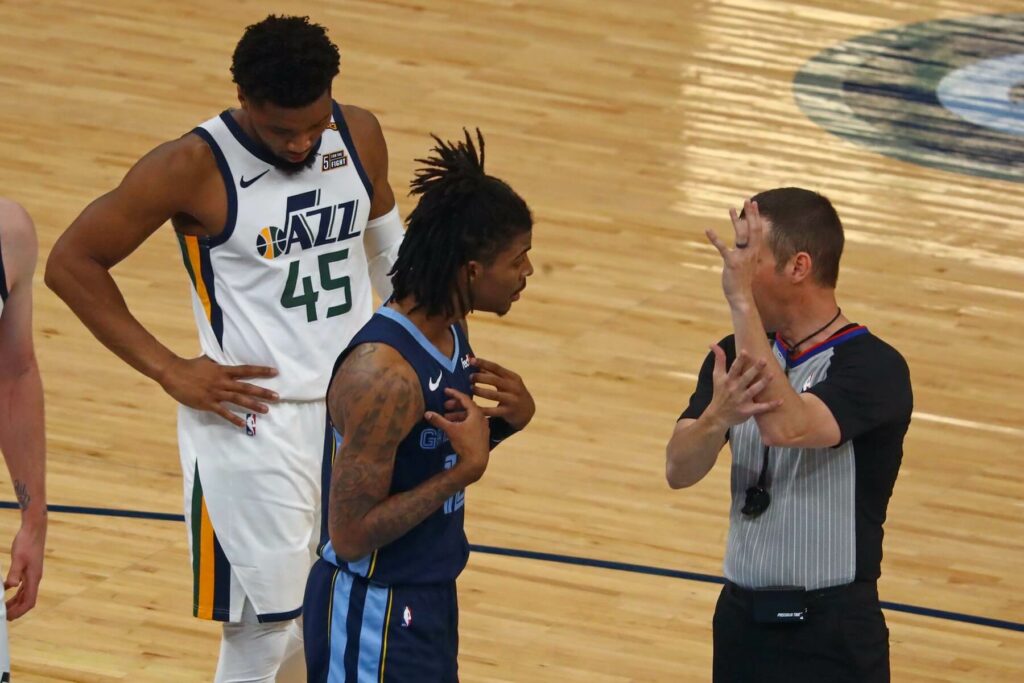 More than likely, the Memphis Grizzlies’ playoff hopes will fade away on Wednesday night in Salt Lake City, as the team trails the Utah Jazz in the series 3-1 before Game 5.

At FanDuel Sportsbook, a partner of the Grizzlies for marketing purposes, the team was +9.5 points at -110 for spread wagering, and +370 for the moneyline. More than likely, Wednesday will be the end of the road for the squad that showed signs of promise in the 2020-21 season.

The Grizzlies surprised many with a Game 1 victory, though that didn’t do much to change their underdog status in terms of futures. The Jazz had the best regular season record in the league.

If you still have faith in the Grizzlies to come back and win the series en route to winning the NBA title, FanDuel is offering a +25000 price. That price could be lighting money on fire, but if your bet is small it could be worth some entertainment value. Actually, you shouldn’t bet on that outcome at +25000, because you can bet the Grizzlies to win the Western Conference at the same price.

Thanks in large part to winning three straight after dropping Game 1 of the series, the Jazz moved up to +390 to win the championship, second-best odds in the league as of Wednesday. The Brooklyn Nets were still the favorites at +170. The L.A. Lakers tumbled to +1400 as of Wednesday.

FanDuel didn’t have any odds on the Grizzlies coming back from 3-1 to win the series against the Jazz.

The playoff berth for the Grizzlies was the team’s first since the 2016-17 season, which followed playoff appearances in every season since 2010-11. The team went on a drought over several seasons before sneaking in this year. The Grizzlies last won a playoff series in 2014-15.

While a deep playoff run would be nice for the Tennessee sportsbooks, which went live in November, the Grizzlies’ simply making the NBA postseason was a nice development for the gaming industry in the state. It’s worth noting that Grizzlies executive Kandace Stewart is a sports betting regulator in Tennessee, so there’s deep synergy between the team and legal sports betting.

Tennessee doesn’t release data on sports betting handle by sport, but in Nevada, the oldest sports betting market in the country, basketball generated about 34% of handle over the past 12 months.

Tennessee doesn’t have a full year of legal and regulated sports betting under its belt yet, with gambling having kicked off during Major League Baseball’s off-season. Basketball likely has accounted for an over-sized percentage of handle thus far for Tennessee sportsbooks.

The Grizzlies’ competitiveness this season in making the playoffs surely provided a meaningful boost for the sportsbooks, which also enjoyed the benefit of an 11-5 season by the Tennessee Titans.