Georgia policymakers are looking to the north at Tennessee's regulation for a fixed payout cap and apparently liking what they see. 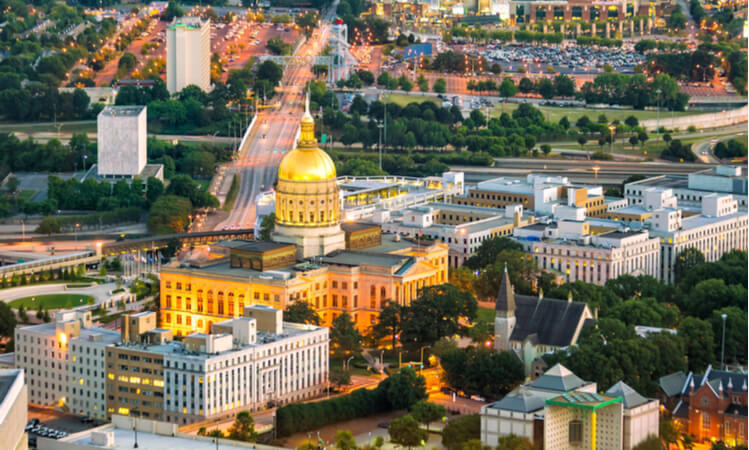 Tennessee might be poised to lose the Georgia sports betting feeder market in a couple of years.

Last week in Atlanta, members of the Georgia Senate signed off on a proposed voter referendum next year on whether to amend the state constitution to allow for online/mobile sportsbooks.

The proposal’s advance comes in the wake of joint lobbying efforts by sports teams in the state.

The House has the proposal now, but it’s unclear what its fate will be in that chamber.

The proposed constitutional amendment is Senate Resolution 135, and the accompanying legal framework for sports betting is Senate Bill 142. Similar but different legislation — House Bill 86 — will be considered in the House chamber. The 2021 legislative session adjourns in early April.

“I know this process is just beginning,” Senate Rules Chairman Jeff Mullis said, according to the Atlanta Journal Constitution. “It’s going to move down the road and there are going to be many changes.”

Policymakers in Georgia have looked at the market in Tennessee, which kicked off on Nov. 1, 2020. Tennessee lawmakers legalized sports betting in mid-2019, only for the Tennessee Lottery to take well over another year crafting regulations and implementing the new law. It was a slow process, but it finally was completed ahead of this past season’s NFL playoffs.

One of the somewhat controversial (to the betting industry) regulations in Tennessee pertains to placing a 10% annual hold requirement on books. That means that they can’t pay out more than 90% of their respective handle in the form of winning bets in aggregate across a full year.

If that came to the Peach State, Georgia would be only the second state in the country with such a mandate. The logic is that such a mandate could boost state tax revenue. The proposed tax rate in Georgia is 16%.

Similar to how Tennessee implemented the new industry, the Georgia Lottery would regulate sports betting under SB 142. The legislation would grant the lottery power to “prescribe a licensee’s maximum or minimum payout of hold percentage.” The provision didn’t specify over what time period.

Tennessee didn’t put its hold requirement into statute. It came later in the regulations, to the surprise of many in the sports gambling industry. The Tennessee Lottery said it was to protect the small local operator, TN Action247.

Another interesting item in SB 142 pertains to deposit limits. Under law, a sports bettor couldn’t deposit into their account more than $2,500 every 30 days.

“The total amount a bettor shall be permitted to deposit in any 30 day period into such bettor’s account or accounts shall not exceed $2,500.00 in total, unless the bettor has self-imposed a restriction of a lesser amount,” a provision of the bill reads.

The $2,500 cap is very, very high for the average person and so basically irrelevant from a problem gambling perspective, but higher-stakes players could be shut out under that provision.

SB 142 would prohibit wagering on Georgia colleges and universities, in a move following New Jersey’s example. Tennessee doesn’t have such a restriction.

The proposed law would mandate that the lottery license at least six online/mobile sportsbooks, which would prevent it from going with a single-operator model. The more competition the better for sports bettors shopping for the best prices.