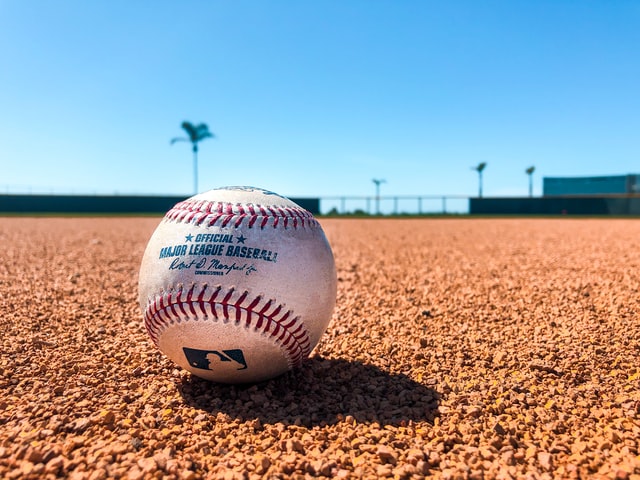 The 2022 MLB Draft is scheduled to begin July 17th in Los Angeles.

The Tennessee Volunteers and Vanderbilt Commodores failed to qualify for this year’s Men’s College World Series in Omaha. However, five players combined from both squads are currently listed as “2022 Top 100 MLB Draft Prospects” by Major League Baseball ahead of the July 17th Draft in Los Angeles.

The Top 100 List, which includes individual Scouting Reports for each player mentioned, has Volunteers outfielder Jordan Beck (a Junior) coming in at #22. Beck was instrumental in Tennessee’s record-setting season in 2022, hitting 18 home runs with 61 RBIs and an overall batting average of .298 en route to a 57-9 team record.

Tennessee Sophomore Blade Tidwell is right behind Beck and comes in at #23 on the list. The Volunteers reliever pitched a total of 39 innings in 2022 with an ERA of 3.00, striking out 51 while only walking eleven batters.

Volunteers outfielder Drew Gilbert is next on the list at #28. The Junior from Stillwater achieved a season batting average of .362 in 2022, with 11 home runs and 70 RBIs according to statistics published on Tennessee’s official baseball website.

Vanderbilt Commodores utility player Spencer Jones is listed at #74. The 2nd Team All-SEC player in 2022 had 60 RBIs, 12 home runs, and a season batting average of .370 according to official Vandy Baseball stats published on its website.

At #95 on the MLB Top Draft Prospects list, Vandy catcher Dominic Keegan (the only Senior in the group of five TN college baseball players listed as Top 100 Draft Prospects), made 1st Team All-SEC this year. Keegan had 14 home runs in 2022, with a season batting average of .371 to go along with 67 RBIs and 47 runs scored.

Tennessee online sportsbooks are currently accepting real money wagers on the 2022 Men’s CWS in Omaha, Nebraska. The unseeded Oklahoma Sooners and Ole Miss Rebels are atop their respective brackets thanks to winning their first two games in the series.

Oklahoma will face the #5 Texas A&M Aggies on Wednesday afternoon. Notre Dame was unable to muster any offense against Aggies starting pitcher and third-year Sophomore Nathan Dettmer. The Fighting Irish ended their spectacular season with a 5-1 loss.

Wednesday’s night game will feature Ole Miss against the unseeded Razorbacks of Arkansas, who dominated #14 Auburn by putting up 8 runs in the first four innings as they rolled to an 11-1 victory behind the lights-out pitching of red-shirted Sophomore Will McEntire. The Bryant, Arkansas native went 7 innings, allowing only 3 hits while striking out nine. McEntire struck out the side in the second and third innings – recording six punchouts in a row at one point.

Amazingly, three out of the remaining four teams in the MCWS are from the SEC West, with Big 12 champion Oklahoma being the lone exception. Another thing to note about this year’s MCWS is that no games so far have been competitive coming into the 9th inning – and a tying runner hasn’t come close to even approaching the plate in the last inning of any of the first 10 contests. The smallest margin of victory has been four runs.

As a result of their 2-0 CWS winner’s bracket standings, Oklahoma and Ole Miss are the two teams that are most heavily favored to win it all at TN online sportsbooks, including at FanDuel Tennessee – where new customers who register for a verified account through TNBets can get $200 in bonus bet credits after making an initial wager of only $5 (minimum real money deposit of $10 USD required).

Ole Miss enters Wednesday’s contest against Arkansas having won their last 7 games, scoring 57 runs against 12 for their opponents over their last five postseason games. Oklahoma  is 11-2 this postseason.

Updated on-site scouting reports provided by ESPN network announcers suggest that hitters may fare better these next few days as the wind in Omaha has decreased significantly since the weekend, when it was around 20mph at the pitchers’ backs.

The Tampa Bay Lightning rebounded Monday night, winning 6-2 at Amalie Arena to bring the NHL Stanley Cup Final series to 2-1 after dropping the first two against Colorado in Denver.

The two-time defending NHL champions will play their next game in Tampa Wednesday night at 8:00 Eastern Time.

If you’re in Tennessee and are at least 21 years old, check out our exclusive TNBets Sportsbook Bonus Page to find out which online sportsbook is the best fit for you and root-on your favorite team to a playoff victory and a personal payday.