Looking to build market share in Tennessee, FanDuel entered its first agreement with an NBA franchise Monday as it became an official sportsbook partner and exclusive daily fantasy sports partner of the Memphis Grizzlies. 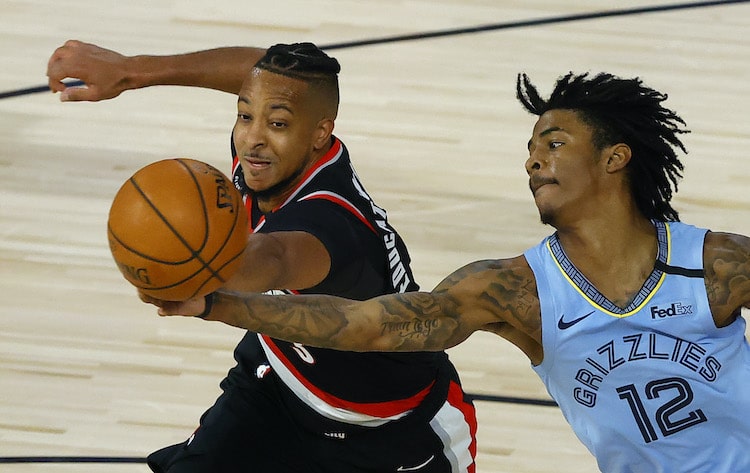 FanDuel entered its first sports betting partnership with an NBA franchise Monday, signing a multiyear deal to become an official sportsbook partner of the Memphis Grizzlies as it looks to build market share in Tennessee.

The Volunteer State began accepting legal sports wagers shortly after midnight Sunday, with FanDuel, DraftKings, and BetMGM all taking action along with local platform Tennessee Action 24/7. Tennessee is the eighth state where FanDuel is conducting online sports wagering. The deal also taps FanDuel as the exclusive daily fantasy sports partner of the Grizzlies.

“As we expand our market-leading sportsbook into Tennessee, partnering with the Grizzlies was a no-brainer given the team’s popularity and long-standing success, as well as their shared mindset of being absurdly fan-focused,” said FanDuel Group CMO Mike Raffenspberger in a joint statement with the team. “We are incredibly excited to collaborate with the Grizzlies as we bring unique promotions, product innovation, and engaging online experiences to Grizzlies fans and Tennessee sports fans alike.”

The Grizzlies are the second of Tennessee’s professional teams to partner with a sports betting operator. In September, the NFL’s Tennessee Titans signed a deal to make BetMGM their official sports betting partner.

A Sunday Slam for your TL 🤯

FanDuel has made an effort to market itself more to NBA bettors in recent months. It signed a multiyear agreement with Turner Sports last month to be its exclusive sports betting partner for NBA programming, most notably the NBA on TNT, and included Bleacher Report for digital content.

Specific to its deal with the Grizzlies, FanDuel gains access to the team’s official marks and logos to use across its sports betting and daily fantasy platforms. FanDuel will also gain in-arena signage at FedExForum as well as access to radio, television and digital advertising to promote sports betting and DFS.

“We are thrilled to have FanDuel as our first sports betting marketing partner and as our exclusive daily fantasy partner,” Grizzlies President Jason Wexler said. “Grizzlies fans are among the most passionate in the NBA, and we are looking forward to helping them find new ways to access their sports fandom. FanDuel has been an excellent partner in building a program that will showcase why they are one of the best sportsbooks for Grizzlies fans.”

The 2020-21 NBA season is tentatively scheduled to begin Dec. 22, with the league having completed its COVID-interrupted 2019-20 campaign in August in a “bubble” at the ESPN Wide World of Sports complex in Florida. It is uncertain if fans will be allowed to attend games should they be played at home sites across the country and Canada.

Odds and ends from FanDuel’s first day of action

The NFL got plenty of play for FanDuel’s first day of action in Tennessee, the most popular being the “Super Boost” offered for the Titans to score three or more points versus the Cincinnati Bengals. While the Titans lost the game 31-20, they did deliver for bettors on that play when Derrick Henry scored a second-quarter touchdown.

NFL games accounted for the top five events bet on at FanDuel, with Sunday night’s showdown between Dallas and Philadelphia leading the way, followed by Tennessee-Cincinnati, New Orleans-Chicago, San Francisco-Seattle, and Minnesota-Green Bay. The top non-NFL game wagered on was the late Sunday night MLS kickoff between the Portland Timbers and Vancouver Whitecaps.

Bettors will get their first chance to wager on Nashville SC on Wednesday night when the Sounds host FC Dallas. The first-year expansion franchise has already clinched a MLS Cup playoff berth and wraps up its regular season Sunday at Orlando City SC.

In what will go down as arguably the most eccentric first sports bet ever accepted, FanDuel’s initial sports wager placed in Tennessee was for the Indianapolis Colts to cover their 2.5-point spread versus the Detroit Lions. The bet was for a mere 10 cents and paid out 18 cents.