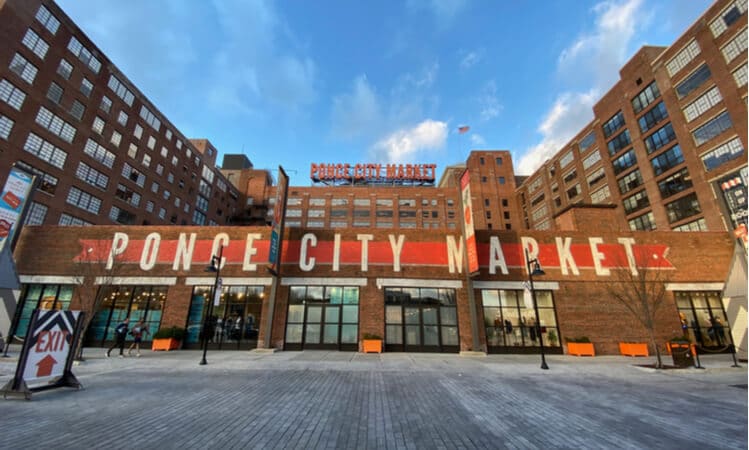 FanDuel announced Monday that it has selected a location for its planned offices in Atlanta.

Online gambling sites are looking to brand themselves as tech plays rather than pure gambling outlets, which could help their respective share prices soar, and so FanDuel is calling it a “technology campus.” It will be located at Ponce City Market near the heart of Atlanta.

According to FanDuel, the campus will be a hub for its software engineering, product development, user experience (UX), and user interface (UI) teams. It plans to hire 900 people over five years, workers who will be located in a new 68,000-square-foot space on the building’s third floor.

A detailed timeline has not yet been provided by the company.

The development comes despite Georgia having not yet legalized sports betting, but that appears on the horizon. The state is likely at least a handful of years away before allowing online casino gambling, which is a more lucrative product for an online gambling firm. There is no guarantee Georgia goes into online casino, as it doesn’t have retail casinos, but online sports betting is likely a matter of when, not if.

“Ponce City Market is the perfect location for our new technology campus and reflects our commitment to becoming a central part of the Atlanta corporate footprint,” a FanDuel rep said in a statement.

FanDuel says it will invest $15 million into the new offices.

It is unknown if FanDuel is receiving any tax incentives.

Competition in the sports betting industry is fierce, with the likes of FanDuel, DraftKings, BetMGM, and Barstool, among others, locked in a high-stakes battle for customers. FanDuel gains an advantage in the Peach State with tech offices in Atlanta, as it will look to employ local graduates.

FanDuel is based out of New York.

Turner Sports is based in Atlanta, and FanDuel has a sports betting partnership with the media outlet.

The investment in an Atlanta campus does seem to bode well for FanDuel-favorable sports betting legislation coming to pass in the state. Republican Gov. Brian Kemp, who is seeking reelection next year, praised FanDuel’s move when it was first announced last month.

Kemp said FanDuel’s plan “is a testament to our world-class universities and tech training programs, as well as the diverse ecosystem of professional sports leagues and teams we’ve cultivated here.”

FanDuel’s plan comes despite Georgia passing restrictive voting laws in May, legislation so controversial that Major League Baseball moved its upcoming All-Star Game out of Atlanta.